Atlanta again delays plan to raise minimum wage, this time to $13 an hour 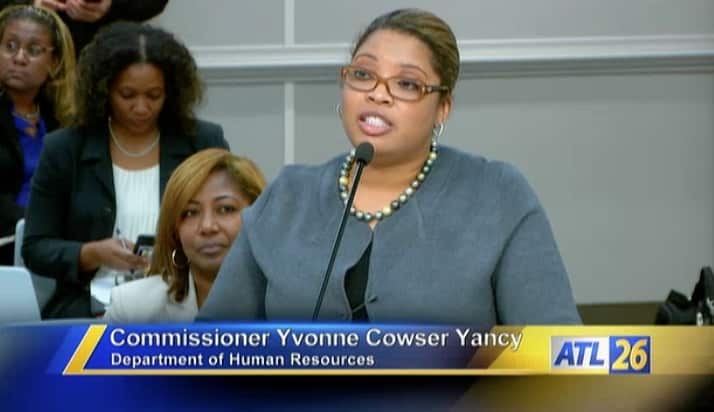 The Atlanta City Council begins the new year with an effort left over from last year – to raise the minimum wage paid by the city. As with the old conversation, the new one was put on hold at the request of Mayor Kasim Reed’s administration.

The new proposal would have raise the city’s minimum wage to $13 an hour beginning July 1. The date is the start of the city’s next fiscal year. The paper was introduced by Finance Committee, which often indicates it originated with the administration.

The city’s current minimum wage is $10.10 an hour, according to Yvonne Cowser Yancy, Atlanta’s commissioner of human resources.

Yancy asked the council’s Finance Committee on Wednesday to delay the legislation.

The administration needs more time to review the city’s organization structure, Yancy said. The HR department has been working on the effort since the previous paper was introduced, on Aug. 15, 2016.

The Aug. 15 proposal would have raised the minimum wage to $15 an hour. The paper did not state when it the pay hike would take effect. It was introduced by councilmembers Felicia Moore and Andre Dickens.

The paper was held Aug. 24, 2016 to provide time for a feasibility study to be conducted, council records show.

The cost of implementing the $15-an-hour plan would have ranged from $5.9 million to $6.2 million per year, Yancy said. The variance is due to the overtime pay the employees would be expected to draw, she said. 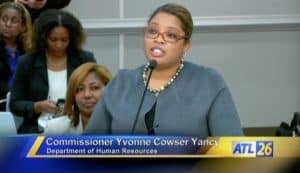 The wage hike would affect 172 full time workers and 198 season workers, Yancy said. Most of these workers are in the departments of public works and recreation, Yancy said. In addition, the salaries of about 200 supervisors would have to rise to ensure they earn more than their subordinates, Yancy said.

Councilmember Alex Wan asked if the HR department had completed a review of the city’s payroll to ensure that employees are properly classified as exempt or non-exempt.

Yancy responded that she thinks all city employees are now properly classified.

Wan also asked Yancy if the city is prepared to comply with a directive from the Obama administration that enables more workers to be eligible for overtime pay when they work more than 40 hours a week.

The proposal was expected to raise the wages of about 5 million workers. It would have raised the threshold at which OT must be paid from an annual salary of $23,660 to an annual salary of $50,440. The move was intended to affect managers who are required to work more than 40 hours a week, but who are ineligible for OT pay because of their income level.

Yancy responded that she does not expect the program to take effect. She said a court ruling has blocked implementation. Furthermore, she said, the incoming Trump administration has placed the program among those that Trump will rescind once he takes office.