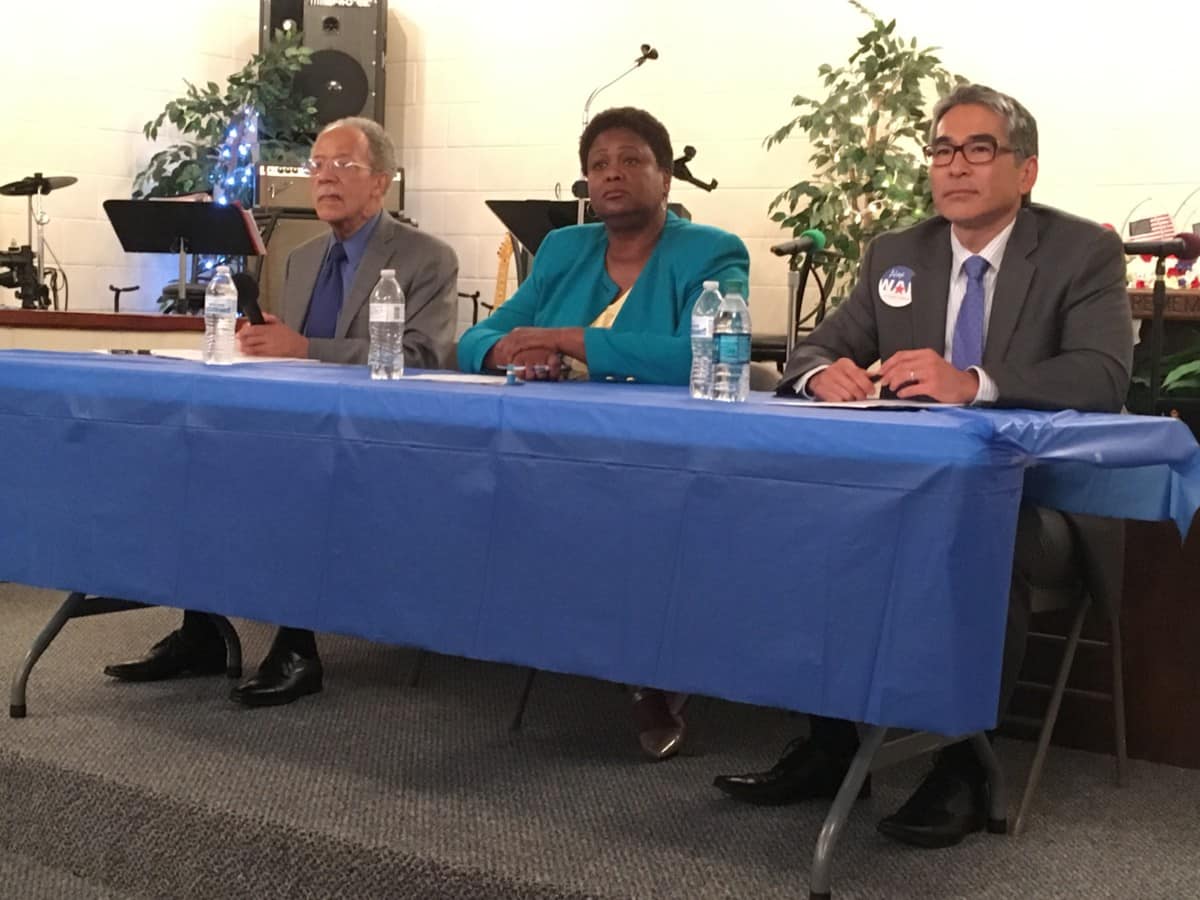 Three candidates have collectively raised almost three-quarters of a million dollars in their contest to be the gavel-brandishing top officer of the Atlanta City Council.

Those sums are according to recently filed campaign finance disclosures covering the period through Sept. 30.

C.T. Martin, Felicia Moore and Alex Wan have all departed their Council seats to try for the job of presiding and other duties.

Council presidents only vote to break a tie, and they appoint committee chairs and committee members, subject to rejection by a majority of the Council. Though informally, it’s also possible to use the job as a kind of bully pulpit to push for policies embraced by the city or to act as a sort of informal ambassador to the state or other governments.

Not only has Wan raised the most money, he’s spending a little more slowly than Martin, and a little faster than Moore. So he also ended the third quarter with the most cash on hand: about $170,000.

Download the paperwork in a single large file or one-by-one via the official site, gaeasyfile.com.

About two weeks after a poll put Councilwoman Keisha Lance Bottoms in second place among mayoral candidates after Mary Norwood, a war of public statements has erupted between Bottoms, and former city COO Peter Aman, whom the poll placed third.

It got awkward on Tuesday when Bottoms and Aman were seated next to each other at a Leadership Atlanta forum. The forum started with each candidate asking their next neighbor a question. Aman asked Bottoms to respond to his calculation that a third of her campaign donations came from airport vendors.

(If that sounds familiar, it’s because Aman said it to WSB-TV too, adding then that it was “reasonable to assume” that those donors want something, like access or influence or to buy the procurement process.)

Bottoms said at the forum that she was glad that vendors and people like the ones in the audience have seen fit to invest in her campaign. She said she hadn’t counted how much of her money came from airport vendors, but even if it’s one-third, that means two-thirds did not.

The forum video is here, the question is about five minutes in.

Bottoms also takes aim at Aman’s fundraising: about a million dollars of his campaign funds come from his own pocket. (In a separate written statement, she called on him to release a list of clients he worked for in his days as a consultant at Bain & Co.)

Aman, at the forum, replied that he is unbought.

Early voting is already underway and the election is Nov. 7.