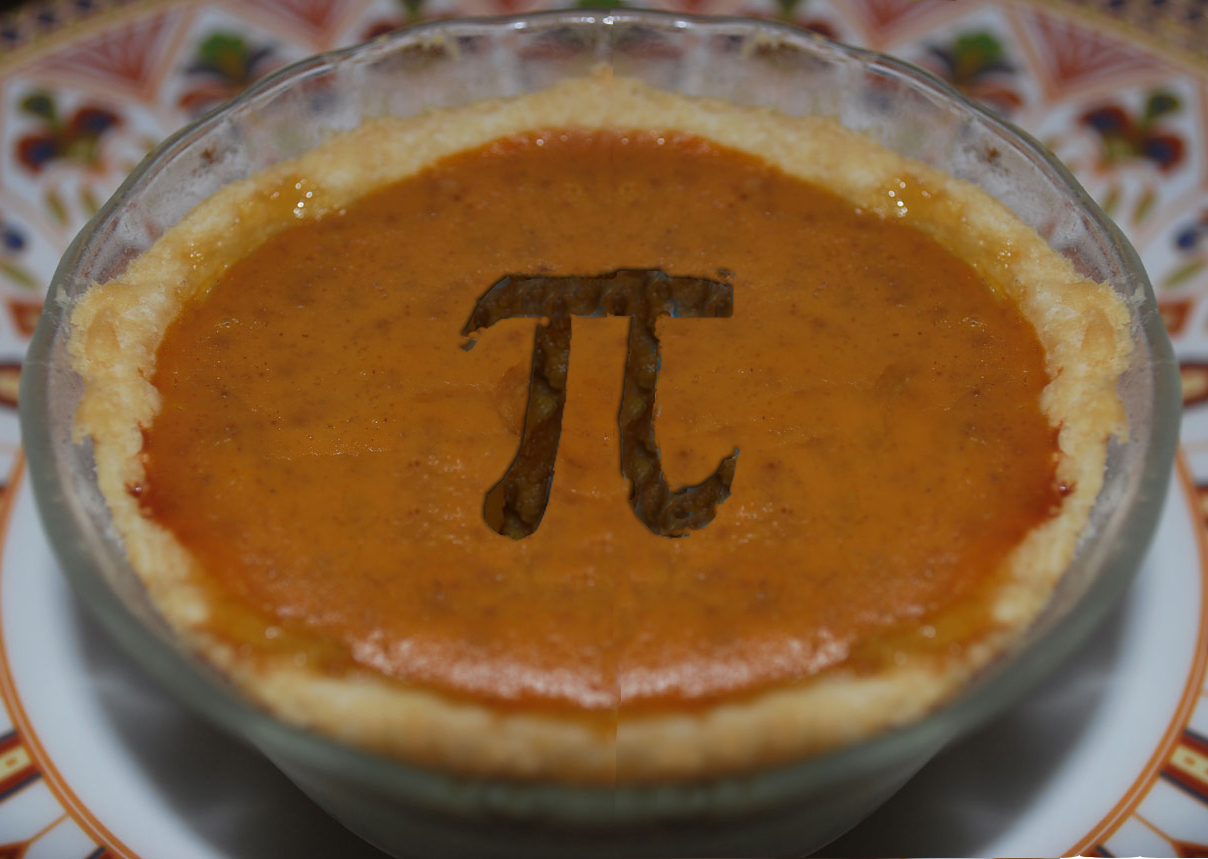 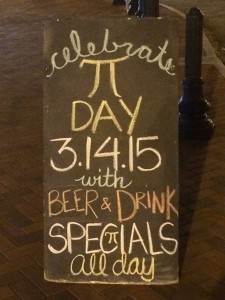 This Saturday (3/14/15) at 9:26 a.m. plus 53 seconds, Myles Villoria and other high-tech treasure hunters in Georgia will throw pies in each other’s faces.

The event is Pi Day, the worldwide celebration of the mathematical constant expressed in the Greek alphabet as π.

Pi, which was discovered 4,000 years ago, is the ratio of any circle’s circumference to its diameter. Saturday offers a once-in-a-century occurrence when the first ten digits of pi, 3.141592653, will correspond to the sequential time of the month, day, year, hour, minute and second. As the clock hits that very instance in the a.m. and p.m, we will experience the time corresponding to all of pi—which never ends.

This Saturday, at least 16 different Pi Day celebrations in Georgia are listed on www.geocaching.com. They include Villoria’s pie-tossing event in Newnan, a 5K race in Warner Robins, flash mob gatherings in Statesboro and Augusta and a meet up at the Spinning Pie in downtown Atlanta to sample pizza pie and the fruit-filled kind. The celebrants are geocachers, people who use GPS technology to find stashes of prizes and mementos hidden all over the earth.

GPS, Pi and why

Miles Villoria and other geocachers use GPS to find hidden prizes. Pi Day is a chance for them to earn a “find” at various local events. (Credit: Miles Villoria)

What’s the connection between the mysterious, irrational number pi and geocaching? Is it a sacred obsession with formulas? The dream of precision? A steadfast belief that an estimation is a cop-out that will get you lost?

Pi Day is a big deal for this community because “we do a lot with longitude and latitude, and numbers are the basis of all technology—anyone who has seen ‘The Matrix’ knows that,” said Pat Sheppard of Gainesville, a self-described nerd who with her family of six and a friend has pinpointed more than 5,000 caches since 2008.

The mysterious, irrational number pi attracts geocachers because they like and use puzzles and codes that lead to “the thrill of having found something,” said Sheppard, who is helping host geocachers Saturday at the Golden Corral in Buford at 9:26:53 am. 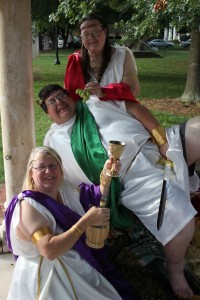 Geocachers seek coded locations on their own or in groups, and some of their gatherings get creative. Team Sheppard (from left, Pat, Randy and daughter Ellen) dressed up for a major geocaching event in Rome. (Photo courtesy of Pat Sheppard).

“I think it’s just because it’s another excuse to get together,” said Villoria, a 42-year-old Delta analyst. “It’s just another reason to have an event. We have events all the time.”

Technology as a portal to outdoor adventure

Villoria, who just celebrated his two-year “cacheversary,” got into it as a way of creating a family pastime that will help his two children, aged 2 and 8, get outdoors like he did growing up in Stone Mountain. Instead of playing kick the can and capture the flag, they can burn shoe leather and smart phone battery in search of trinkets.

Sheppard’s family—including husband Randy, twins Mandy and Katie (age 27), Jenny (22) and Rob (17)—was not outdoorsy until they began geocaching. “I’m in my 50s and climbing trees for the first time and seeing alligators and wild turkeys and snakes in places we would not have gone without geocaching,” she said. “It makes us get up off the couch and into the fresh air and life. Being inside is not a bad thing, but this blends technology with the outdoors, and anybody can do it.”

Villoria’s so hooked that he just got back from a geocaching trip with three buddies in Chicago.

“It” was a small empty tin ammunition can, nothing special to the naked eye—except insiders know this as one of the last seven original caches left in the world. Geocaching isn’t as old as pi. It only goes back to the millennium when improvements in the accuracy of the Global Positioning System made it possible for very small items to be located via a handheld satellite-tuned software. 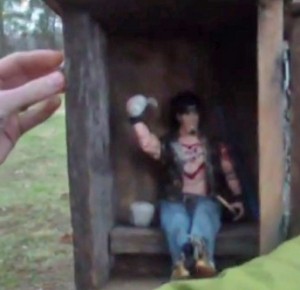 Villoria and his friend left the can behind. That’s what happens most of the time in geocaching, except, perhaps when finding a cache of kids’ toys. If the finder chooses to take the items, he or she must replace them with toys that are as good or better than the ones they kept.

Just about the numbers

In December, Villoria and a friend went on a 20-hour road trip from New York to Atlanta and visited 21 caches in nine states along the way. That included a stop at Beyond Bedrock, the Flintstones-inspired car wash in Lexington, Va., where the cache is so small it fit in a key box. At another Virginia stop, the duo found a World Trade Center memorial. The trip is detailed in a YouTube video. (If the link not working paste this url on your browser’s search bar: https://www.youtube.com/watch?v=TyDUmQS5JFY.)

Villoria said there are 2.5 million geocached items around the world waiting to be found. (That’s still fewer than the number of decimals represented in pi.) Some “virtual” caches aren’t even hidden at all. They’re just odd or noteworthy things to see. That includes a metal penguin on the lower level of the south terminal at Atlanta Hartsfield-Jackson Airport. 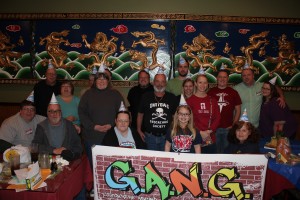 Some North Georgia geocachers will meet at the Golden Corral in Buford for an “epic” Pi Day event on Saturday. Photo credit: Pat Sheppard.

“We have coins and trinkets that we’ve sent into the world [of geocachers] that have ended up in China, the Netherlands, Brazil, and other countries,” Sheppard said.

Katelin Hathaway is into geocaching because of the thrill of the hunt. But the 17-year-old, who is organizing the Spinning Pie gathering, has another reason: “I like math and I like numbers.”

Maybe the geocachers’ many Pi Day celebrations really are no more complicated than that.

Michelle Hiskey contributed to this report.

Photo Pick: A Day on the Rock by John Becker