As Atlanta grows, let’s make sure we protect our precious trees 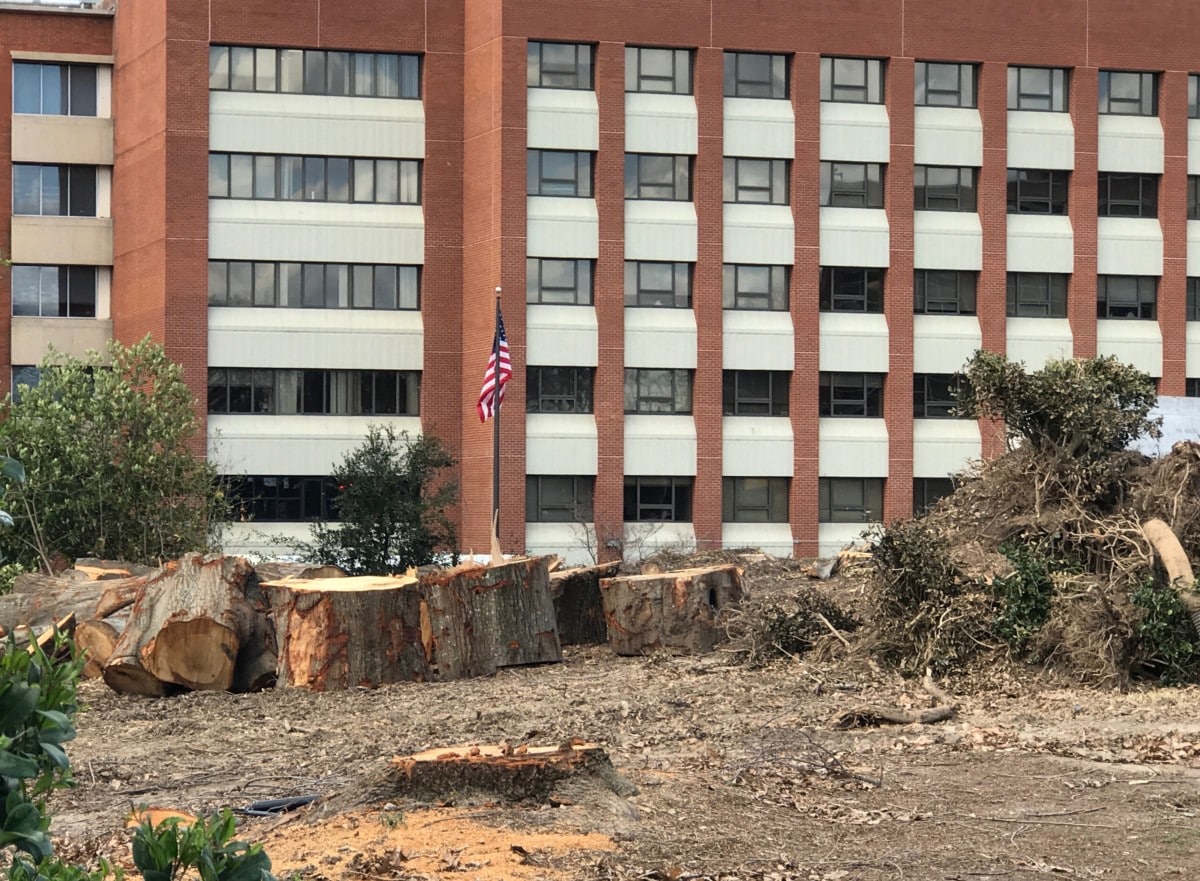 For too long, growth in the Atlanta region has translated to the clear-cutting of mature trees – undisputedly one of our greatest natural assets in Georgia.

It happened again in early February. 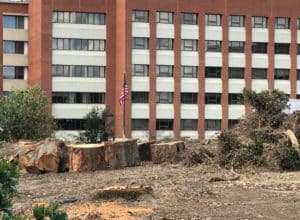 Dr. Patrick Battey, CEO of Piedmont Hospital Atlanta, said the new tower will be home to the Marcus Heart and Vascular Center, and the hospital has a “significant capacity issues” in serving the health needs of people in metro Atlanta.

Battey said the hospital has been planning its expansion project for the last four years, and it reviewed five different design proposals. But he said the trees had to go to accommodate the new 850,000 square foot building, to provide underground parking and reorient the vehicular access to the hospital campus.

“We are all sad that we had to remove the old magnolias and the oaks, but it was the only way we could do it,” Battey said in a phone interview. We had 146 healthy trees on the site, and we are going to plant about 103 new trees on the site.”

Battey said the design of the new tower (13 stories above ground and three stories below) will be “covered’ with green space.

“What we had before were those beautiful mounds of trees,” he said. “There will be a landscaped walkway with new trees, even though they will not be the same magnitude of the trees that were there.” 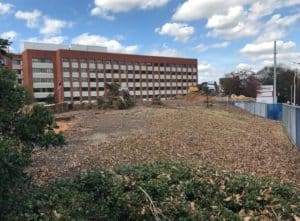 Battey said the hospital worked with the neighborhood and met the criteria set forth in the city’s planning process as well as the BeltLine Overlay District.

“I would hope as we mourn the loss of these trees, there’s a little recognition that what will come out of this will be a really neighborhood-friendly and pedestrian-friendly designed building that interacts a lot better with the community than it has in the past,” Battey added.

But maybe the problem is that we don’t have enough tools to protect our fragile tree cover – keeping Atlanta as green a city as it can be.

“Planners are still not planning around existing trees,” Kolb wrote in an email. “People talk about it, but it is simply not being done. The value of existing older trees and forested areas cannot be replaced. People say trees are important, but they are not being considered in plans for the greater landscape or for building projects, from single-family residential lots to larger projects.”

The problem is similar to Atlanta’s stance towards preservation. We do not begin with the mandate of preserving our past and then build around that mindset. The former Sheffield Doctor’s Building, constructed in 1963, also is a casualty of the Piedmont expansion, even though there was barely outcry to save the 54-year-old turquoise structure. 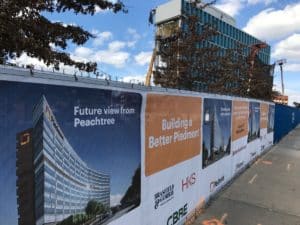 We should approach preserving our trees as we would our historic treasures. Let’s begin with a development mindset that states we keep and nurture our mature trees.

Most people don’t appreciate what trees do for our city. They clean our air. They provide shade. They reduce the heat  in our city of buildings and pavement. In short, they make us healthier.

That’s why it’s particularly troubling that a healthcare facility – dedicated to making us healthier – actually cuts down trees that contribute to our community’s health.

Kolb said it’s time to rethink the Atlanta tree ordinance, away from allowing any tree to be cut down for a price. Even the fines for illegal cutting are negligible when compared to the cost of construction.

Protecting our existing tree cover will become even more critical with planners anticipating that the city of Atlanta’s population will more than double in the next 20 years.

The Atlanta City Design Project – being put together under the leadership of planner Ryan Gravel and the city’s planning commissioner, Tim Keane – has come up with an elegant way for the city absorb the anticipated growth.

In short, growth will be directed towards the city’s major corridors while the low-density neighborhoods with tree canopies that would become conservation areas, Keane said at a recent Transform Westside Summit meeting. 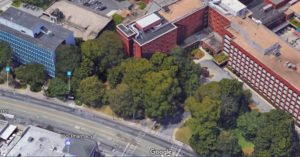 But he also said that it is important intersperse green spaces along the denser transportation corridors and to always look to connect people with nature.

“We want a balanced growth of the city,” Keane said. “This change is an amazing opportunity for us to become the city we want to be.”

For us to become such a city, Kolb said the city will need to make existing trees and forests a higher priority – before it’s too late.

It is too late to save the groves of trees along Peachtree in front of Piedmont Hospital.

But going forward. we need to design developments that don’t destroy our precious tree canopy. 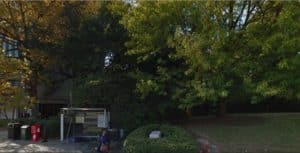 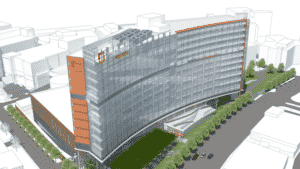 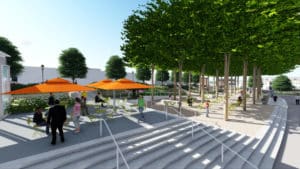 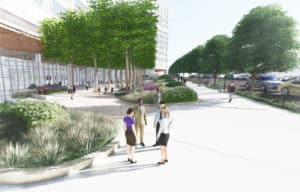 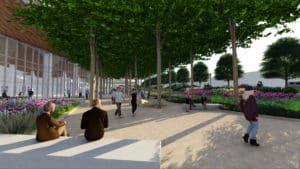 Another view of the plaza, this showing a dining space below 22 shade trees (Courtesy of Piedmont Hospital)

Previous Article
A vacation paradise on the outskirts of town
Next Article
Oscars at 89: Tweets, Trump, Touches of class