The Atlanta History Center has selected the architectural team for its “Re-Shape History” redesign — Pfeiffer Partners of New York City.

The history center’s Properties & Capital Projects Committee made the selection, according to Jackson McQuigg, vice president of properties for the center.

“We’re all very excited by the decision,” McQuigg said about the Dec. 1 announcement of the architectural team. “Walt Crimm, the architect for the firm, is a native Atlantan. In fact, we found out during the latter stages of the competition that he did an internship in our archives here at Atlanta History Center back in the late 1970s.” 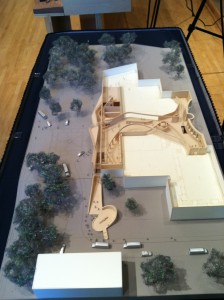 Pfeiffer Partners was one of five finalists of architectural teams selected to be part of the Atlanta History Center’s design competition. The other four finalists were” patterhndesign of St. Louis; a team from MSTSD Inc. of Atlanta and Kallman McKinnell & Wood Architects of Boston; Stanley Beaman & Sears of Atlanta; and a team from Victor Vines Architecture and Kenneth Hobgood Architects of Raleigh.

The redesign is part of a $27.4 million capital campaign that will modernize the center’s entrance and upgrade its major Atlanta history exhibition.

“We wanted to get a fresh design for the façade of the building,” McQuigg said during mid-November for an article when the competing designs were unveiled to the public. “Our Atlanta History exhibit was outdated, our street entrance was never what we wanted it to be. We thought an architectural design competition would be the way to go.”

McQuigg said the plan is to keep the center open during construction, which will start when 80 percent of the funds have been raised. The goal will be to open the revived facility in the first quarter of 2014. 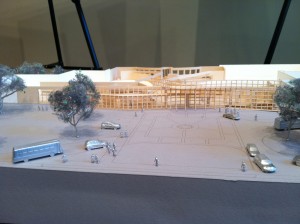