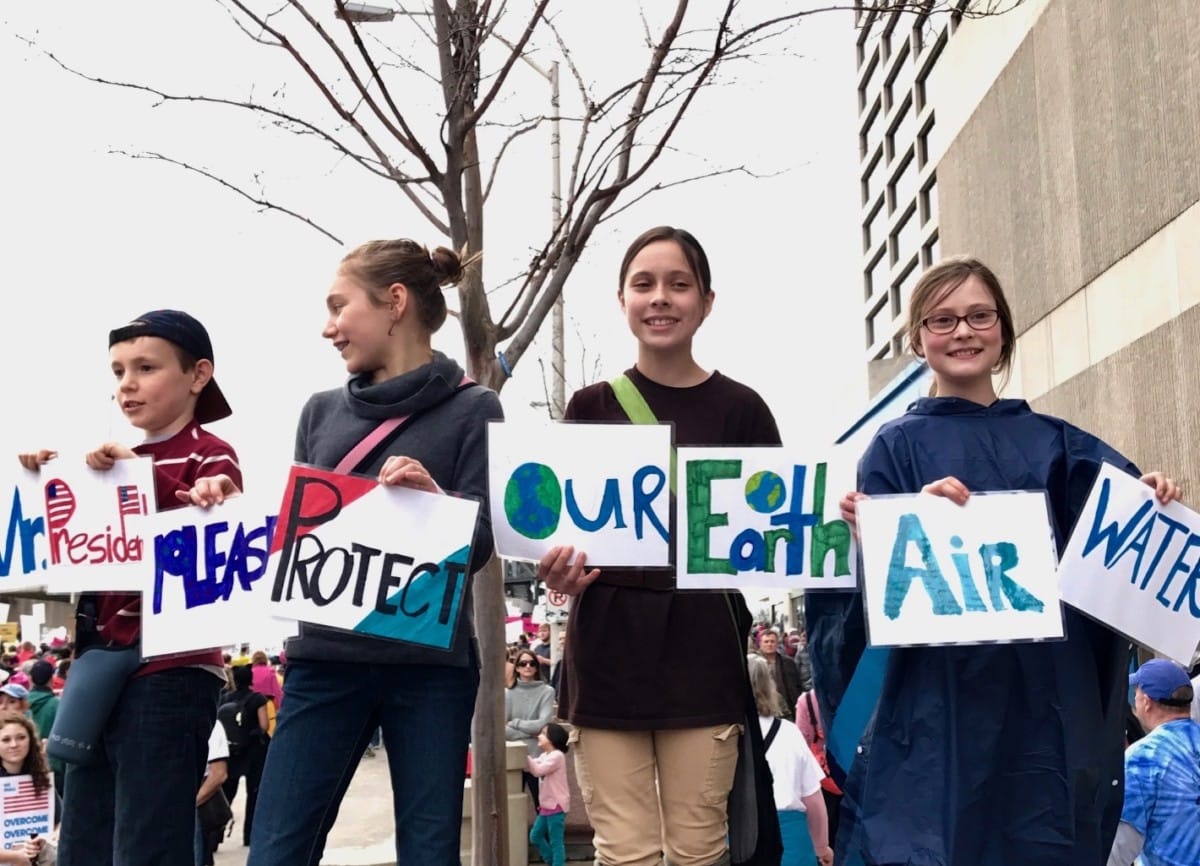 A grassroots movement is rising to support the Paris Agreement on Climate Change – despite the decision by the Donald Trump administration to withdraw U.S. support of the globally historic accord.

One of key power centers of this grassroots response in support of the Paris Agreement is the City of Atlanta.

“Cities have the leadership role, especially in the United States,” said Stephanie Stuckey, the Chief Resiliency Officer for the City of Atlanta, which is part of the 100 Resilience Cities initiative, pioneered by the Rockefeller Foundation. 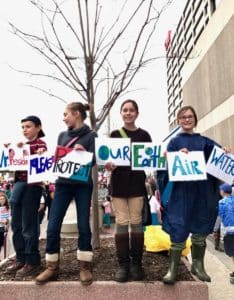 On May 1,  the Atlanta City Council passed a resolution committing the city by 2035 to generating 100 percent of the electricity consumed in the city through renewable energy and associated technologies.

“Cities are where the action is,” Stuckey added. “At the state level, the response has been mixed, and there’s been a rejection at the federal level.”

Stuckey credited the leadership of Atlanta Mayor Kasim Reed, who she said is leading the way among cities around the country in his commitment to making Atlanta a greener city.

Reed issued the following statement on Trump’s decision on the eve of his official announcement:

“The President has made a disappointing decision today to withdraw the United States from the Paris Climate Agreement, and by extension, global leadership. This decision isolates our country from international partners in shared, global efforts to curb climate change, and at its core is an assault on our future stability and prosperity.

Two years ago, I joined more than 100 mayors from around the world in Paris to demonstrate our support for the COP 21 negotiations. President Barack Obama and Secretary of State John Kerry demonstrated genuine leadership as they committed the United States to actionable, meaningful and achievable goals to combat climate change and reduce harmful pollution.
Along with my colleagues from around the country and the world, I remain committed to meeting the goals of the Paris Climate Agreement. The City of Atlanta will intensify our efforts to reduce CO2 emissions.., ramp up clean energy solutions and seek every opportunity to assert our leadership on this urgent issue.” 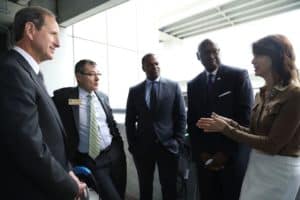 Stuckey said the city’s Better Buildings Challenge is case in point. Property owners of more than 110 million square feet in Atlanta have agreed to reduce their consumption of energy and water by 20 percent by 2020. She said that’s more than any other city in the United States.

The Paris Agreement is a non-binding pact signed by nearly every nation on Earth except Syria and Nicaragua. The Latin American nation did not think the agreement went far enough to address the issue. The United States now joins Syria as opponents.

The Agreement calls for nations to keep the global temperature rise below 1.5 degrees Celsius – a level that would minimize the potential danger of a warming planet. The current pace of international commitments would fall far short of that goal by 2030. Without the support of the Trump administration, the rise in temperatures is expected to be even higher.

But Stuckey said we shouldn’t despair.

Atlanta is not alone.

News sites were flooded – such as Citiscope and Curbed – with stories of how other cities (in the United States and abroad) planned to continue honoring the Paris Agreement. In fact, the website Southeast Green shared a list of mayors from around the Southeast who had come out in favor of the Paris Agreement.

The most recent tally showed that 219 cities had signed on representing almost 55 million Americans, according to City of Atlanta spokeswoman Jenna Garland. 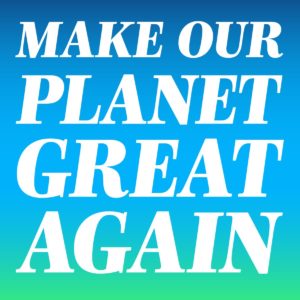 Also, international governments have reaffirmed their support. One of the most poignant was a video statement – in English – from recently-elected French President Emmanuel Macron. His tweet also highlighted his closing statement: “Make our Planet Great Again.”

MoveOn.org has launched a petition in support of the Paris pact, and it is hoping to get more than 500,000 names this week.

Closer to home, as far as I know, at least two candidates running for mayor for the City of Atlanta have sent out statements pledging their support of the Paris Agreement.

President Trump may not wish to carry the mantle of responsibility to our planet, but we can still do our part. As City Council President, and as your next Mayor, I pledge today to pick up what he has dropped and make Atlanta do her part under the spirit of the Paris Climate Agreement.

Turning your back on the world is not leadership. Let’s show him what real leadership looks like.

We must redouble our efforts to protect the environment. That means recycling, that means alternative modes of transit, and that means protecting our tree canopy. These are all things that we, as Atlanta, can do, and they are things we WILL do if I am your Mayor.

Peter Aman, a former partner for Bain Consulting who served as chief operating officer for Mayor Reed during his first term, sent out an email titled: “The science is settled.”

We must act today if we are to preserve Atlanta’s future. As mayor, I will work to ensure that every community in our city has access to clean water and air, renewable energy, as well as expanded transportation and housing options so that all of our citizens can be a part of the city’s continued economic growth. 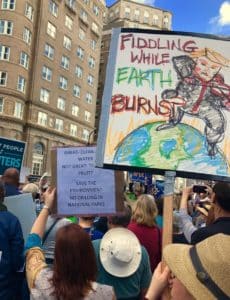 A “Save the EPA” gathering in Atlanta organized by the Sierra Club on Feb. 24 on the corner of Ponce and Peachtree (Photo by Kelly Jordan)

We need a leader who is willing to take firm stands on the big issues. That is who I am and that is what I will do as mayor of Atlanta.

Mayoral candidate Cathy Woolard, a former president of the Atlanta City Council, posted on her Facebook page a statement on the day before Trump made his official announcement.

When our federal government walks away from responsibility to protect the environment for current and future generations, it’s a gut check. As City Council President I started Atlanta’s first energy conservation program. As Mayor I will build upon that work to ensure Atlanta participates with Mayors all over the world to mitigate the impacts of climate change. We have a moral responsibility to ensure that the excesses of our carbon based economy don’t cause misery to the poorest of the poor and leave an irreversible legacy for our future generations to endure.

As other candidates issue statements, I will update this column, so please check back.

And while the City of Atlanta is committed, the city represents less than 10 percent of the population in Atlanta region.

It would be a major coup if the Atlanta Regional Commission could issue a similar statement of support for the Paris Agreement. The region could do even more to implement clean energy, water and transportations initiatives so we would have a better chance of reaching the goal to keep our climate livable for people.

And in the words of former President John F. Kennedy (borrowing the message from Hillel the Elder, a Jewish leader who lived in the first century), the questions we should ask are: