It has retained Red Rock Global and Colliers International to privately market the building to potential buyers.

The five-story building, constructed in 1980, is owned debt-free by Atlanta Life, which would remain as the building’s anchor tenant.

“As Atlanta Life Financial Group continues its transformation into a diversified financial services company, it behooves the company to monetize its considerable equity in its property,” said William A. Clement, Atlanta Life’s president and CEO, in a statement. “As a result of this assessment, the company has decided to sell its headquarters building as a means to generate capital to grow its respective business units.” 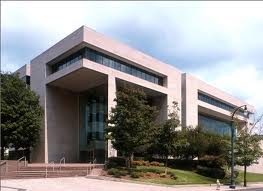 Egbert L.J. Perry, a developer who also serves as chairman of Atlanta Life, said the sale is consistent with the company’s real estate goals and objectives. The building originally was designed as a single-tenant building, and that it needs to be updated to accommodate more than one tenant.

“The time and capital needed to reconfigure the building to convert it into a competitive multi-tenant building would only counteract the effort to grow the subsidiaries,” Perry said.

Atlanta Life is a 105-year old company that historically served the African-American community’s life insurance needs during the days of segregation.

The company’s majority shareholder — the Herndon Foundation — supports Atlanta Life’s decision to sell the building, according to William J. Stanley III, who chairs the foundation.

Now the question is what will happen to the Atlanta Life’s historic headquarters building on the same block, just a bit further east than the more modern structure. The attractive yellow-brick building served as Atlanta Life’s home from 1936 to 1980. It has been vacant for years. 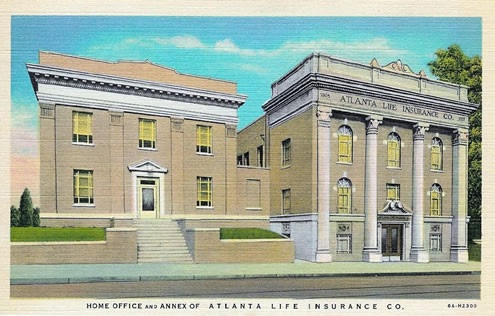