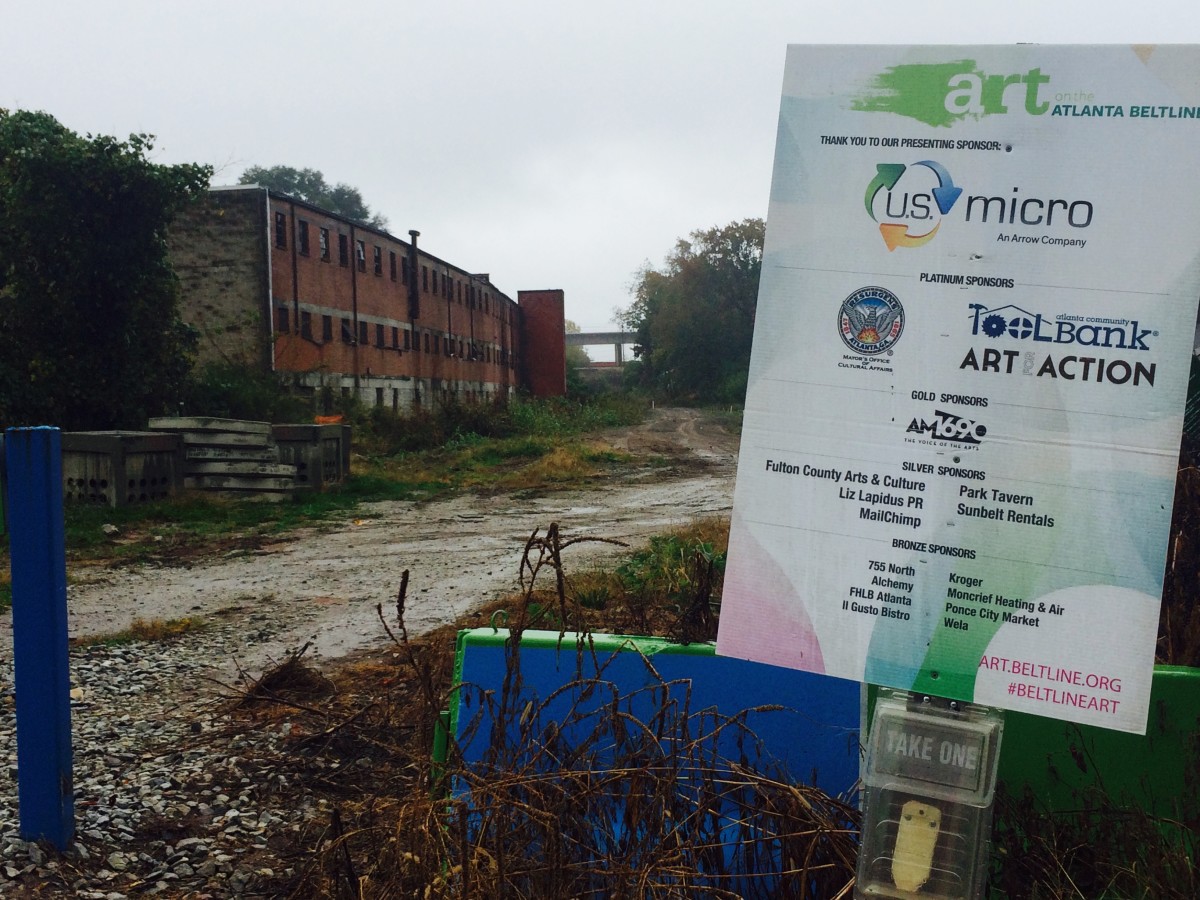 The Southwest Trail of the Atlanta BeltLine passes through some of the city's oldest industrial areas, near Murphy Triangle. Soil that may be tainted is to be tested and, if necessary, remediated with funds provided by Atlanta's Brownfield Revolving Loan Fund. Credit: David Pendered
Share223
Tweet10
Share13
Pin
Pocket
WhatsApp
Buffer
Email
Reddit28
274 Shares

The latest mark of what is proving to be significant government effort to bolster the redevelopment of southwest Atlanta is a proposal to use money from Atlanta’s Brownfield Revolving Loan Fund to remediate portions of the Atlanta BeltLine’s Westside Trail. 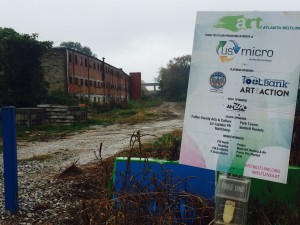 The Westside Trail of the Atlanta BeltLine passes through some of the city’s oldest industrial areas, near Murphy Triangle. Soil that may be tainted is to be tested and, if necessary, remediated with funds provided by Atlanta’s Brownfield Revolving Loan Fund. Credit: David Pendered

Major players in the redevelopment include MARTA and two entities created by Atlanta – Invest Atlanta, the city’s development arm, and Atlanta BeltLine, Inc.

Count in the Georgia Department of Transportation because of its plans to improve Northside Drive from I-75 to I-20, possibly involving bicycle lanes and sidewalks, and a new interchange at I-20. Anything done on the southern portion of this 5-mile stretch of Northside Drive would improve the transition from Midtown and Downtown to West End and other neighborhoods in southwest Atlanta.

Invest Atlanta is slated to consider, at its meeting Thursday, a proposal to borrow from the revolving loan fund an amount not to exceed $140,000. The money is to help pay to analyze and remediate tainted grounds along the Southwest Trail, which passes through some of Atlanta’s oldest industrial neighborhoods.

Invest Atlanta is to provide the money to Atlanta BeltLine, Inc. to continue remediation efforts, according to the resolution the board is to consider. Terms call for a 15-year loan and an interest rate not to exceed 2 percent. The loan was funded by a $1 million grant the federal Environmental Protection Agency issued to Atlanta in 2009.

This proposal is similar to one by which Invest Atlanta provided a total of $665,000 from the loan fund to remediate land along the Eastside Trail, according to the resolution. 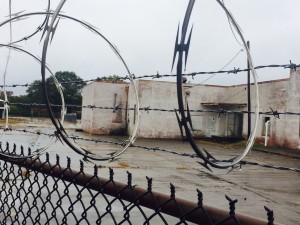 The Atlanta BeltLine, Inc. purchased the old Atlanta Farmers Market and has asked the private sector to produce ideas for adapting the buildings for modern use and building new affordable housing. Credit: David Pendered

The BeltLine intends to oversee the redevelopment of the old Atlanta’s Farmers Market, located at Murphy Triangle, which it purchased from the state.

The request for proposals suggests that BeltLine executives are interested in seeing what can be done with the existing buildings and adding new affordable housing. This approach is in line with recommendations made in 2010 by the Center for Leadership of the Atlanta chapter of Urban Land Institute.

The RFP expressed little interest in razing the site and building a new community, as was the expectation before the Great Recession. Responses to the RFP were due Nov. 13. A BeltLine spokesperson did not respond Monday to a voice message and email requesting the number of responses.

MARTA is behind a third proposal for a major redevelopment, this one at the Oakland City Station.

MARTA issued an RFP that outlines a vision for a mixture of homes, shops and offices that also will be a pleasant place to walk. A primary goal is to build a community on the 3.7-acre site that will increase MARTA’s ridership.

MARTA has offered to do basically everything in its power to help the development, from help with rezoning the property to allow structures to be up to 225 feet high; to working with surrounding residents to win their support; to advising on how to apply for funds from Invest Atlanta. 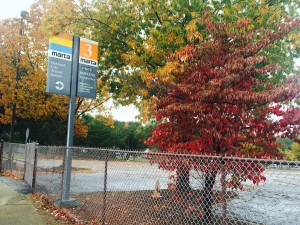 MARTA has offered its many resources to a developer that will build on the site of a former parking lot at the Oakland City Station a mixed use project that promotes transit ridership. Credit: David Pendered

Responses were due Oct. 30. A MARTA spokesperson said Monday responses were submitted and that MARTA cannot release the number of responses.

Specifically, GDOT is seeking ways to improve bicycle and pedestrian usage, mobility, safety, and intersection designs along the busy road that passes Atlantic Station and the new Falcons stadium, according to the project website.

A potential interchange to link Northside Drive with I-20 is also on the table.

These concepts were identified in 2012 and 2013 by a studio of Georgia Tech students guided by Mike Dobbins, a Georgia Tech professor of practice and former Atlanta planner.

Fort McPherson is at the southern end of this focus area for redevelopment.

Filmmaker Tyler Perry purchased 300 acres of the property and plans to build up to 16 sound studios.

A state authority overseeing the sale of the federal property is interested in developing a walkable, mixed use community on the 145 acres it owns. The authority’s board expects to develop those plans once an analysis of the area is completed next year. The study of the area is being conducted by Atlanta with funding from the Atlanta Regional Commission’s Livable Centers Initiative. 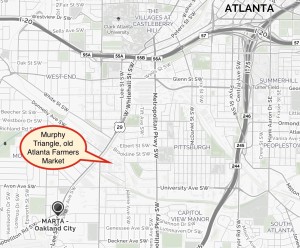 This larger-scale map of Southwest Atlanta provides landmarks for an overall orientation of the area. The smaller-scale map to the right locates the area in relation to the BeltLine’s Westside Trail. Credit: mapquest.com, David Pendered 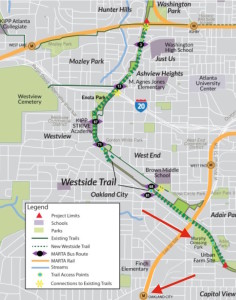 The two red arrows in the bottom, right quadrant of this map point to Murphy Crossing Park, which is the site of the old Atlanta Farmers Market, and to MARTA’s Oakland City Station. The dark green line represents the BeltLine’s Westside Trail. Credit: Atlanta BeltLine, David Pendered