Between family members, the truth is a delicate thing. That’s why memoirs are popular. We like reading about people who take the risk to bear witness to their intimate lives, because most of us will never go there, especially not in public. 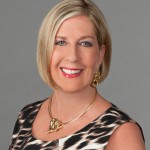 Garson, the author of “Southern Vapors,” will speak Sunday at the Jewish Community Center’s Southern Writers Showcase.  The granddaughter of the founder of Lovable Bras, Garson calls her journey “from silver spoon to straitjacket and back.” Her memoir details the pressure to appear perfect in a  family so connected that a street in Buckhead is named for them.

“I feared being cut off completely by various members of my family,” said Garson, 59, an attorney.  “I also had a fear of being sued… the lowest point was dealing with the fear that I would have to choose between staying close to my family and doing something that was necessary to my well-being,” 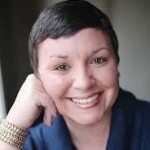 Presley, the author of “Thirty Days with My Father,” will speak Friday at a book launch at Manuel’s Tavern about her quest to understand her father’s post-traumatic stress from serving in Vietnam, and her problems that stemmed from his. The Friday event will also include storytelling by others related to Vietnam.

“The worst case scenario was that my family would disown me and never talk to me again,” said Presley, 34, who lives in Ormewood Park. “Another scenario I worried about was that they were so protective of our secrets that they’d deny them altogether. Then I’d be perceived as liar, and my book would lose all credibility.”

In separate interviews combined below, Garson and Presley described how they crossed that emotional tightrope and stayed connected to the family members despite writing critically about them, and how doing so changed them into healthier adults.

Did you feel that you were taking a risk in writing critically about family members who are alive? 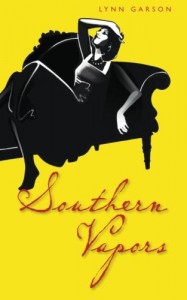 Garson: Hell, yes. I first wrote the book as a blog. It was, shall we say, a little more incendiary than the book ended up. As I got farther down the road, the very act of writing helped me achieve more balance in my perceptions and my attitudes.

The early blog version got circulated among family members, and some of them reacted badly—lots of drama, some of it serious. So I knew I was taking a risk in going the distance and not just writing, but publishing a book that was critical about family  members, I didn’t have to guess.

Presley: It was a huge risk, especially because I was writing about mental illness in my family, and how my mother and I were affected by my father’s symptoms of PTSD when he returned from Vietnam. We had never told anyone–even other family members–how much that war had haunted our lives, and suddenly there I was, telling so many secrets.

What was your low point in getting the book done, and how did you get through it?

Presley: I had a lot of low points. Mostly, it turned my stomach to write the truth–time after time after time. I had been in denial about what happened to my family for so long that it almost made me physically sick to put those memories down on paper. 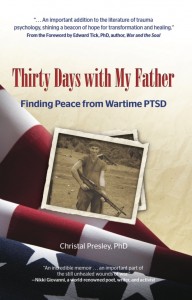 What was your strategy, if any, for telling them what you were writing?

Garson: I planned a very organized campaign on when and how to tell family, including all of my first cousins, that I was going to publish the book and what, if any, references the final contained to them or people whom they might want to protect from criticism. There was also the issue of how my children would feel.  I didn’t really fear (or get) any blowback from them, although one child is not yet ready to read the book because it contains critical things about grandparents.

Presley: My parents knew I was writing about them because I told them. My mother was really worried at first–and then over time, she became more curious.   My father refused to read anything I’d written for the longest time. He was afraid my story would make him look like a villain.

How did those family members respond to the book? How did that make you feel?

Garson: It was fascinating how everyone, to a person, responded to the book.  When I approached them prior to actual publication, they weren’t upset anymore. The responses ranged from indifference to excitement for me, but no one was opposed.  I was ecstatic. I got to do both things that I wanted to do—avoid becoming the pariah of my family and publish the book. 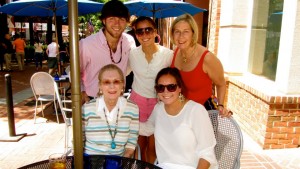 Lynn Garson (right) wrote critically about family members, but she has remained in harmony with her mother Charlotte (front left) and her children Daniel, Jean and Rose. (Family photo)

The response of my family came down to this: if my mother is OK with it, the book was fine with them. To borrow a phrase, her reaction was, “Frankly ,I don’t give a damn.” I asked her if she understood this was public, and that I’ve said x, y and z about her, and is that OK? She said, “This is your baby. Go for it.”

Presley: My mother was a nervous wreck when she read the book for the first time.  It brought up a lot of emotions in her.  She read it during a visit here to Atlanta last year. It was in rough draft form then. But at the end she said she was proud of me–and that she remembered the story the same way I did. That was so validating. 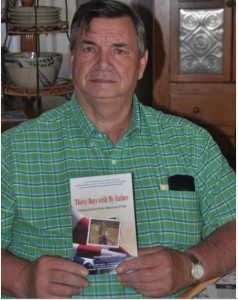 Delmar Presley with his daughter’s book about their suffering after his service in Vietnam. (Family photo)

My father didn’t read the book until last week (a week before its official publication.) I was so afraid he’d hate it or that it would bring back memories that would trigger his PTSD symptoms.  But he really loved it. The only part that bothered him was when I admitted to being sexually promiscuous. He doesn’t want people in my little rural hometown (most of whom are very religious) to think badly of me. It was the biggest relief of my life that my father liked the book.

How did writing the memoir change you?

Garson: In the two years between the blog and the book, I changed.  I was no longer a loose cannon whom people in my family worried might end up on their doorstep or homeless or worse. My growth and recovery had inspired their reaction to me.

Presley: Writing my truth set me free. I feel like I’m a more authentic person now. I’m not hiding from my past.

Do you perceive yourself as courageous for completing your memoir?

Garson: I hear it enough that I suppose I should believe it. Nonetheless, I don’t really look at it that way. I loathe secrecy, sweeping everything under the rug — I think that’s where a good deal of my troubles came from to begin with. It was pure pleasure for me to be open and honest, so I don’t look on that as courageous.

Perhaps I was courageous to face my family after the first round of reactions. Considering how fearful I was of the blowback, yes, I suppose I was. 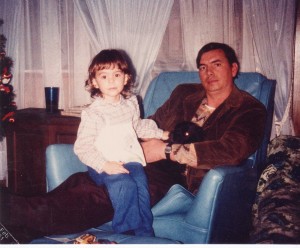 Photo of Christal Presley as a little girl with her father Delmar. (Family photo)

Presley:  I don’t really think of myself as courageous or not courageous. I’m just trying to do what I need to do to stay whole. Sharing this story just felt like the right thing to do at the right time, and I tried to honor that.

What would you tell someone else who is hesitant to write a memoir because of family dynamics?

Garson: It is a legitimate fear. Unless they have a very unusual family, someone is likely to react with anger to public criticism. The memoir writer needs to decide what is important to him or her and keep that in mind, both in writing and in interacting with family about writing and publishing. I saw the play “My Name is Asher Lev” a few weeks ago, which raised a critical question that anyone who does this will confront: where is the line between being true to your art (in his case, painting) and maintaining relationships that could be destroyed by unfettered expression?

Presley: It’s a delicate situation.  I think you have to do a lot of soul-searching.  In the end, do what you feel is the right thing. Honor your intuition.

Previous Article
Toilet manufacturer bridges political divide with green products, processes
Next Article
A Run Along the Eastside Trail of the Atlanta BeltLine