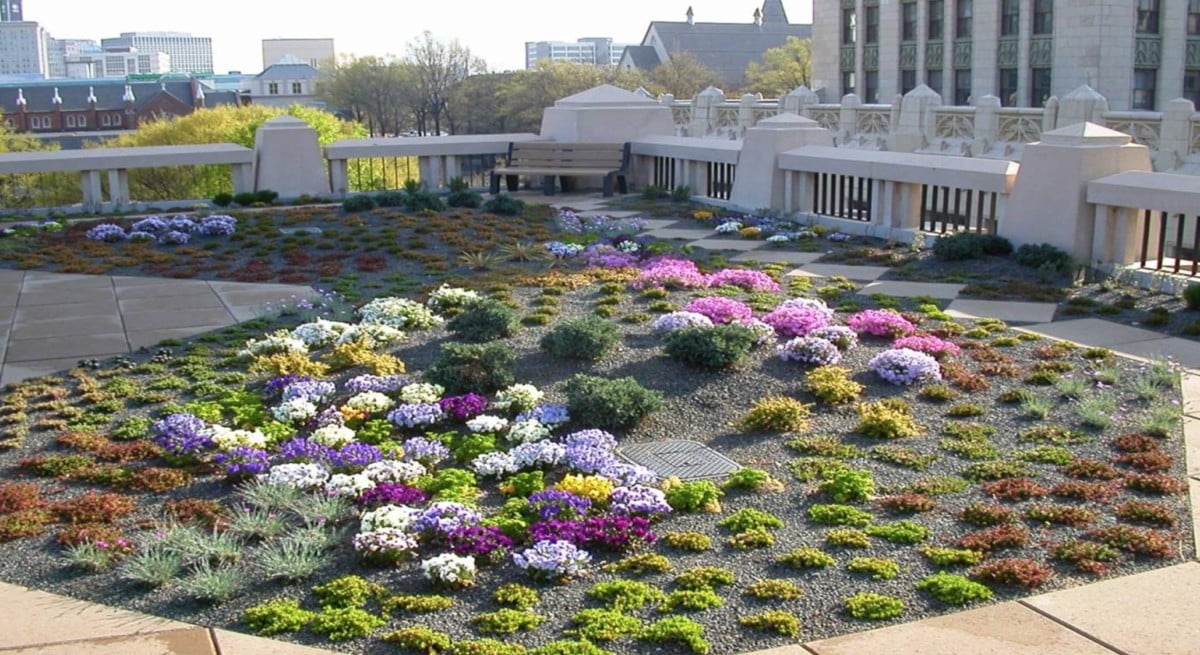 Atlanta is in the early stages of renovating the green roof atop Atlanta City Hall. Plans call for more seating, the removal of invasive weeds and the installation of plants with a vibrant mix of colors and bloom times. 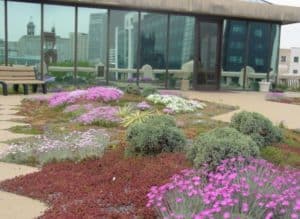 Atlanta is in the early stages of its plan to renovate the green roof atop City Hall. Credit: greenroofs.com

Weeds have become a major concern. Weeds earned their own section in the city’s request for proposals:

The initial pilot green roof opened in December 2003 as the first city-owned green roof in the southeast. The project covered 3,000 square feet and was intended to provide reliable technical data on the benefits and detriments of installing gardens atop roofs, according to a report by greenroofs.com. The project included 227,770 pounds of material; more than 2,800 plants representing 31 species used, and a soil depth ranging from 3 inches to 10 inches.

For example, Atlanta has called for an appropriate irrigation system to be installed. Taping into a water supply might require the vendor to poke around the roof, according to the RFP: 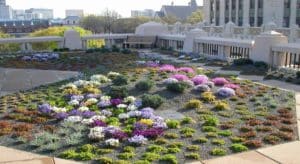 Atlanta wants to add seating at its green roof atop City Hall, get weeds under control and add an appropriate irrigation system. Credit: greenroofs.com

The current plan is to update the planting plan based on a plant palette the city will provide. Of note, the RFP states that the key elements of the planting design include: