The crime rate has been reduced notably around Atlanta university campuses in the two years since the Atlanta City Council called for dramatic improvements in public safety, according to a new report from Atlanta police. 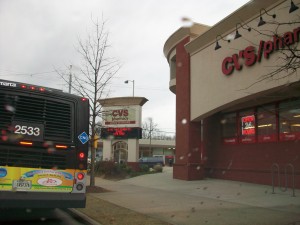 The West End commercial area has been one focus of the Atlanta Police Department’s College Liaison Unit. File/Credit: David Pendered

Robbery rates are down significantly around the Atlanta University Center, which the report portrays as the primary target of the police department’s College Liaison Unit.

The council acted at a time students were frequent targets as victims. The council produced 15 safety recommendations in July 2012. The effort has received scant attention since then.

The police department’s College Liaison Unit has been grinding out the work and recently issued a 42-page report that covers the past academic year.

The relations have enabled Atlanta police to conduct seminars on subjects including domestic violence, sexual assault, drug awareness, sex trafficking and public safety. The department also has gained insight into students’ attitudes on issues that could lead to public displays, such as reaction to the verdict in George Zimmerman’s trial in the shooting death of Trayvon Martin. 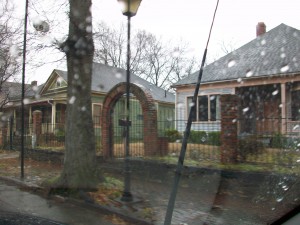 Efforts to restore the residential areas of West End are benefiting from the increased presence of Atlanta police in the neighborhoods. File/Credit: David Pendered

The crime stats focus on the AUC area, which is located west of Northside Drive on the north and south sides of I-20. Highlights include:

The report includes a string of weekly reports that indicate Atlanta’s ivory towers exist amid areas of illegal activities. Here are some snippets from the report: