The city of Atlanta is “showing signs” that it is rebounding from the recession, according to a new report from Moody’s Investors Service. 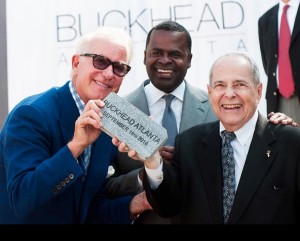 Among the signs Moody’s identifies: The tax base is inching up; foreclosures are down to pre-recession levels; the unemployment rate is still stuck above 10 percent, but city officials attributed it to people moving here to look for work rather than to locals unable to find a job.

The report could be a guide in gauging the economy in other parts of the region, though Moody’s did examine only the city of Atlanta in order to rate the credit of a $60 million bond package Atlanta plans to sell Oct. 28.

Incidentally, the report notes that the city’s planned sale of $150 million in bonds to improve roads, sidewalks and other infrastructure would result in a debt burden that is, “expected to remain manageable.” Atlanta voters are to face that referendum in March 2015.

Here are four snippets that suggest the report Moody’s, issued Oct. 10, could be viewed as a barometer for the region:

The report also includes a number of observations about the city’s fiscal governance under Mayor Kasim Reed’s administration.

The unemployment rate in metro Atlanta has increased and the civilian workforce has decreased since March. Atlanta officials attribute the city’s unemployment rate, of more than 10 percent, to people moving to Atlanta in search of work. Click on image for a larger version. Credit: U.S. Bureau of Labor Statistics

Moody’s identified several initiatives of the mayor and Atlanta City Council that contribute to a positive financial footing. They include:

Atlanta intends to use the proceeds of the upcoming sale to refinance three bonds that were sold to support the city’s general obligations – in 2005, 2007, and 2008. The city intends to sell two bond packages, one in the amount of $19 million and the other at $41 million.

Neither of the two upcoming sales will extend the maturity date of the debt – which means the city isn’t seeking to extend the payback period in order to lower the amounts of its scheduled payments.

Moody’s retained the city’s credit rating of Aa2. That level is third from the top in Moody’s system, which provides a total of 10 categories for its investment grade ratings. Higher credit ratings result in lower costs to borrow money, because investors have a greater confidence they will be repaid.

Previous Article
CARE President Helene Gayle to step down as its CEO by July 1, 2015
Next Article
Hooked on Soda