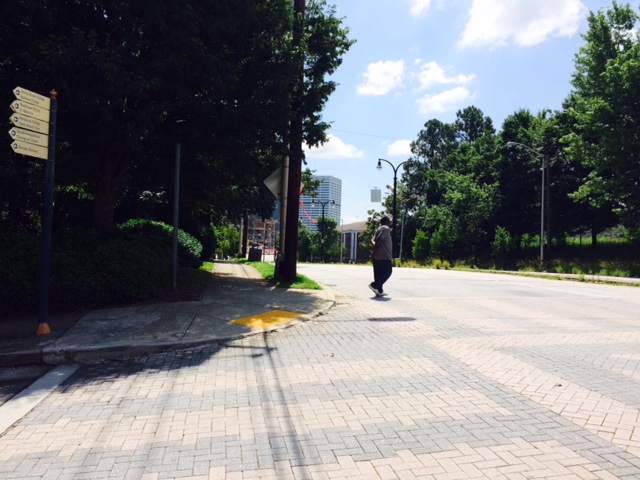 Atlanta is poised to embark on a study costing up to $125,000 on how to involve residents of the Westside communities, near the Falcons stadium, in code enforcement and flooding issues. 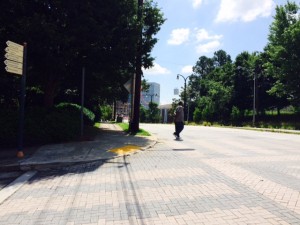 The study is to be funded with a grant from a program named City Accelerator, which is a project of Living Cities Foundation. The foundation is an initiative of Living Cities and Citi Foundation, and it’s funded similar studies in other cities.

The Community Development Committee of the Atlanta City Council approved the project Tuesday, setting it up for expected adoption by the full council at its July 20 meeting.

Councilmember Cleta Winslow, who sponsored the legislation, said the money will help pick up the community engagement process that dwindled after the city authorized up to $200 million in city bonds to help pay for the stadium’s construction.

“These are funds that are needed in areas that have much need, especially Vine City, English Avenue, outlying areas such as Castleberry Hill,” Winslow said. “We need to encourage community engagement to make sure we’re listening to the residents and pulling together to put together the best projects we can, that will reinvigorate these neighborhoods.

Community benefits are considered to be a variety of programs intended to make certain that neighborhoods around a publicly funded project benefit from the project. Benefits often will include programs to train and hire community residents.

Atlanta is not required to fund a matching grant to claim the funding from City Accelerator, according to the legislation. The program is to be administered by the mayor’s Office of Innovation Delivery and Performance, in partnership with various city departments and unidentified external partners.

This is Atlanta’s objective for the grant, according to a summary of the city’s application posted on governing.com: 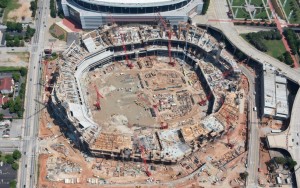 Construction continues at the Falcons stadium, as shown in this photo from June. Credit: newstadium.atlantafalcons.com

The Westside Future Fund was formed as a partnership of Invest Atlanta and the Arthur Blank Family Foundation. Its board of directors was announced in December by Reed and the Atlanta Committee for Progress, a group of business leaders that advises the mayor on various issues.

The purpose of the Westside Future Fund is to, “secure a stronger, healthier future and spur job creation, civic engagement and business investment for the historic neighborhoods of Vine City, English Avenue and Castleberry Hill,” according to Reed’s statement posted on the organization’s website.

The Westside area is to benefit from a total of $30 million in allocated funds.

The Blank Foundation authorized $15 million through its Westside Neighborhood Prosperity Fund. The money is to promote, “economic development, improved safety and lower crime, better education and a greater focus on healthy communities,” according to its website.

Invest Atlanta authorized $15 million from the Westside Tax Allocation District, money which by statute had to be invested in the Westside area where it was collected.