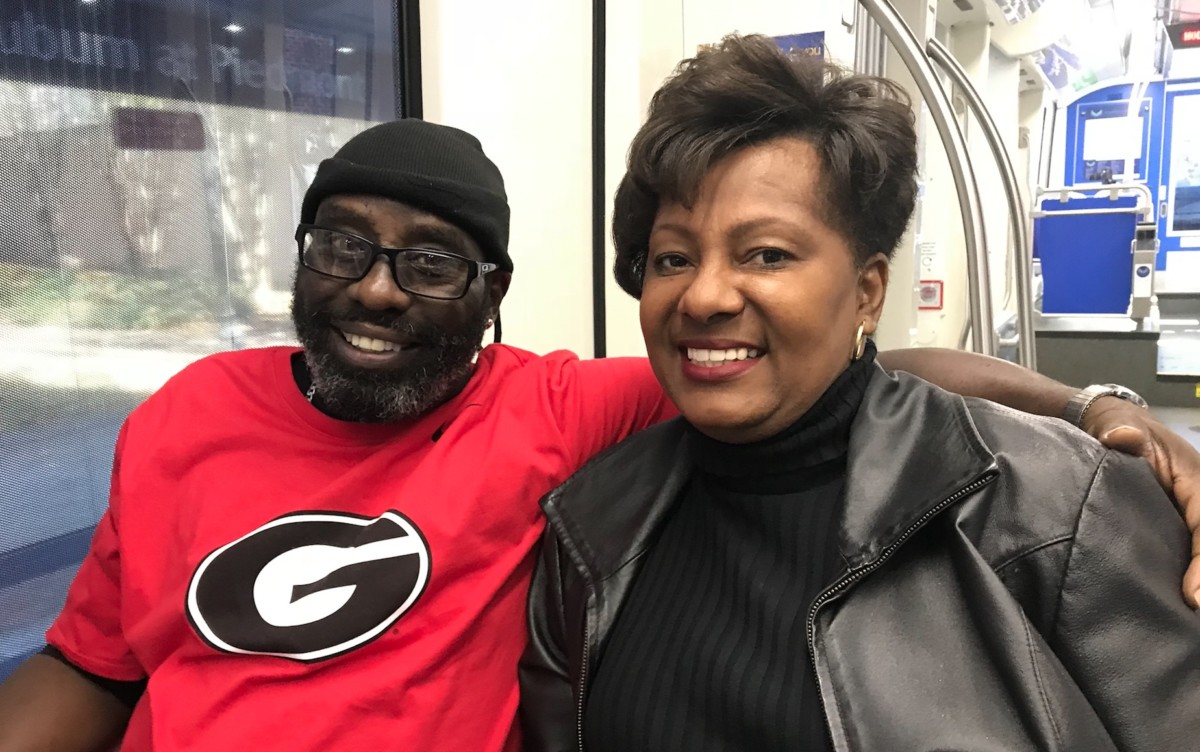 Ruby and Michael Lamb didn’t think too much about being almost the only passengers on the Atlanta Streetcar early on Saturday afternoon. “I think they built it for tourists,” said Michael Lamb, visiting from Macon with his wife. 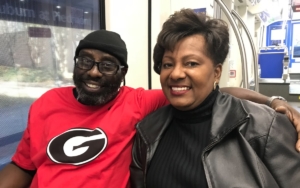 At any given moment, passengers such as the Lambs board the streetcar and leave with what may be lasting impressions of Atlanta’s nearly $100 million investment in Downtown transit. They weren’t participants in any sort of scientific survey. Their observations simply present views for a given point in time, in this case a midday hour on Nov. 17.

The Lambs beamed throughout their looping ride around Downtown Atlanta. The streetcar excursion was part of the celebration of his 55th birthday, the reason for their weekend getaway from home. They both smiled warmly as they recounted other activities, including a highlight so far – a ride on the SkyView Ferris wheel.

They observed that the car they were in was spotless. The air was a comfortable temperature on a cool day. And the streetcar ride clearly would be one of the stories they’d recount to friends, perhaps with one slightly downbeat thought.

“I do wish more people would ride it,” Michael Lamb said, noting that he’d heard stories of low ridership and a few mishaps involving the streetcar system.

Ridership hasn’t fulfilled the hopes of those who advocated for building the Atlanta Streetcar.

The average daily ridership was 800 individuals in the first quarter of 2018, according to ridership figures tracked nationally by the American Public Transportation Association. 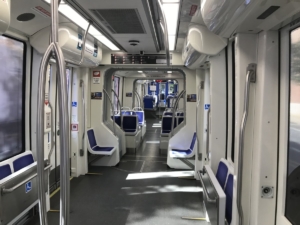 Plenty of seats are typically available on the Atlanta Streetcar, which has yet to attract the ridership anticipated by its early advocates. Credit: David Pendered

That’s less than a third of the 2,600 average daily ridership the city initially projected over a one-year period. In a Feb. 24, 2015 letter defending the streetcar’s ridership, former streetcar COO Michael Geisler wrote:

These figures appear to be the latest available from the time the streetcar was operated by the City of Atlanta. MARTA took over the operation effective July 1 and APTA’s more recent reports don’t appear to provide a breakout of the streetcar’s ridership.

Two other visitors who planned to ride the Atlanta Streetcar had a little trouble figuring out how to board a vehicle and pay for their trip. They found the signage at the Peachtree Center platform to be a bit cryptic.

Decatur residents Andrea Romaine and Dallas Bryant eventually decided that all the necessary information was on the sign. But information such as the cost of the trip – still $1 – was not as prominent as they may have wished. 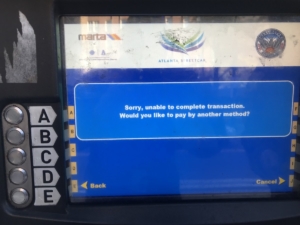 A vending machine that malfunctioned over the weekend at the Peachtree Center platform for the Atlanta Streetcar prevented two potential riders from Decatur from buying fares over the weekend. Credit: David Pendered

A vending machine on the Peachtree Center platform where they were reading the sign didn’t seem to function. The key marked “A” appeared to be the one to press to dispense a single fare. But the key was jammed and the only apparent option was to completely back out of the transaction.

Inside the car, a MARTA police officer instructed riders to deposit $1 into a receptacle. Change did not appear to be available. A short time later the officer left the train to take a lunch break. Soon after, a man boarded without paying a fare and took multiple pictures of the streetcar and out windows and doors with a 35-millimeter camera mounted on a tripod.

Before Romaine boarded a streetcar, she said the streetcar offers scenic views of the Downtown area and she wishes more people would use it.

“Last night there wasn’t a soul on it,” she said. “I thought – ‘What a waste.’ It’s a great way to see what Atlanta has to offer.” 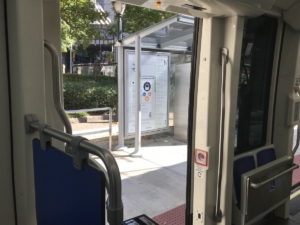 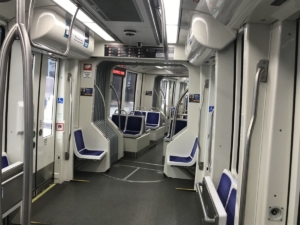 The articulated vehicles of the Atlanta Streetcar provide a sense of side to side undulation as the streetcar navigates turns in the roadway. Credit: David Pendered

Previous Article
Seek and ye shall find
Next Article
Runoffs, overshadowed so far, could be key to both parties’ future