Atlanta got off to a rocky start Tuesday in its important first steps toward selling $200 million in bonds to help pay for construction of a new $1 billion Falcons stadium. 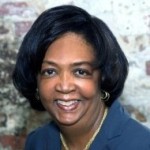 Atlanta can’t sell any stadium bonds until after the Atlanta City Council approves a deal with stadium communities. The first meeting to reach the deal ended Tuesday with little progress. Invest Atlanta officials, who convened the meeting, said they’ll rewrite their planned scope of work and delay the deal’s adoption past their target of Sept. 25 – and await further instructions from Mayor Kasim Reed, who chairs their board.

As a result, Atlanta’s posture in the stadium deal is that it can’t say with any confidence when it will give the Falcons any of the $200 million in construction financing. Nor can Atlanta say how it will resolve the situation in which a church is blocking the stadium site preferred by the Falcons.

By the end of Tuesday’s 2.5-hour meeting, which ran an hour over schedule, Invest Atlanta officials, led by EVP/COO Ernestine Garey, had agreed to expand the scope of issues to be considered for the deal.

No particulars were cited, but topics that were mentioned include access to jobs and urban design. The city’s development officials also agreed to extend the timeline to some unspecified time after than Sept. 25.

In addition, Garey said Invest Atlanta will await further instructions from the mayor. Reed is slated to discuss a number of stadium issues Wednesday at a meeting previously scheduled with Councilperson Michael Julian Bond, according to Bond, who attended Tuesday’s meeting.

Bond, who serves citywide, sponsored a pertinent amendment to the administration’s original stadium legislation that was part of the controversy Tuesday between community leaders and development officials. For some inexplicable reason, the amendment has not been inserted into the legislation that evidently is being shared by some city officials – three months after the legislation was approved.

During comments toward the end of the meeting, state Rep. “Able” Mable Thomas (D-Atlanta) joined in the call for the timeline to be extended. Thomas also said the scope of work should go beyond how the city spends some $45 million in the communities to include a number of issues – such as guaranteed access to vending jobs inside the new stadium – that will provide true economic development opportunities for area residents.

“Once this thing is finalized, this thing will lock us into a box that we won’t be able to get out of easily,” Thomas said. “This is a good baby step. But there is a whole lot more that needs to be added.”

Deborah Scott, executive director of Georgia Stand Up, said too many people have been working for too long for Atlanta to fail to live up to its promise of creating a model community benefits agreement through true collaboration with the community.

“You’re just trying to get it done, I understand that,” Scott said. “I was living across the street when the [Georgia] dome was built, and we didn’t get it right back then. We can get it right this time.”

Councilperson Ivory Lee Young Jr., who represents stadium neighborhoods, said repeatedly that whatever agreement is designed, it must be the best one possible.

“This is a once in a lifetime opportunity,” Young said. “Once this community benefits agreement is done, we don’t have another chance at it.”

Garey wrapped up the meeting with some simple comments that drew from her 30-plus years of work in the public arena in Atlanta, much of it expended to improve the quality of housing.

“We’re here because Invest Atlanta was asked to facilitate. We’re also here because we care,” Garey said. “The time we’ve spent in the community, that’s going to continue. You have that commitment from us. We’ve got some adjustments, and we’re going to make them.”

Invest Atlanta convened the meeting because the stadium legislation approved by the council in March named the city’s development arm as the facilitator of the agreement.

Evidently, an entire amendment was missing from the version used by Invest Atlanta to prepare for the meeting – an amendment that dealt specifically with how the community benefits deal was to be reached.

As time passed, it became evident that Invest Atlanta officials were operating off the version of the legislation as presented by Reed’s administration. This version evidently did not contain three amendments approved by the council.

One of those amendments, sponsored by Bond and co-sponsored by four councilmembers, provided specific instructions on how to craft a community benefits deal.

Of note, the amendment called for a “community benefits agreement/plan.” This is an important semantic distinction because an agreement is binding on the parties, whereas a plan is aspirational but not binding, according to various definitions discussed.