Imagine being served nice food and drink for a fair price in a cutting edge facility at Atlanta’s airport.

This is the vision of prime operators such as Delaware North and other big firms. They all are vying for a piece of the lucrative food and beverage concessions contract at the world’s busiest passenger airport – Hartsfield Jackson Atlanta International Airport. 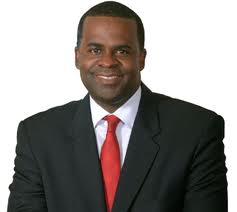 Atlanta Mayor Kasim Reed’s administration has created a novel approach to sign vendors and boost local businesses in order to foster this high level of customer care. The new program is said to be the first of its kind at domestic airports and results are due in six weeks.

“This is different from what’s been done in the past,” said Nicholas Schaefer, a vice president with Delaware North. The company is seeking to win one or more contracts as a prime vendor in Atlanta.

The new approach establishes first-ever minimum qualifications for sub-tenants. Sub-tenants, in the parlance of the airport concession business, are the shopkeepers who oversee staff who take orders, prepare food and drink, and present it to customers.

The new rules call for sub-tenants to have performance records. They must meet certain financial requirements. They must prove that they do actual work in their partnership with prime vendors.

Atlanta also eliminated the usual restriction that sub-tenants must be exclusive to one prime operator. Sub-tenants now can work with any prime operator – a move that provides them with much greater chance of winning a contract.

These new rules cover all sub-tenants, including those who qualify to get vending contracts through their certification as disadvantaged business enterprises. DBEs, as participants are called, receive special considerations to adjust for the historic bias against businesses owned by groups including minorities and women.

The round of concessions contracts now on the table represents a legacy for Reed after he leaves office.

Reeds’ imprint will be on the shops that service at least 90 million travelers a year for the next 10 years to 13 years, under current passenger volumes and terms of the concessions deals.

City officials certainly speak about the contracts in serious terms.

The team that created the current process for securing concessionaires says it wants a fair and competitive contest that puts customer satisfaction as the priority. And it wants a lot of local businesses to get a piece of the airport’s lucrative action, according to Louis Miller, the airport’s general manager who was selected for the post by Reed.

“Mayor Reed said he wanted to make sure it was a fair, open, transparent process so everyone has an opportunity to propose to be at the airport,” Miller said last month to more than 500 potential vendors. “One thing [we’ve] worked hard to do with the team is to ensure it is a full, fair and open process.”

Miller sounded a similar note when he presented the plan in March to the Transportation Committee of the Atlanta City Council.

The proposals are “structured so we can get strong, local business participation,” Miller said. “We can’t mandate that, but we think it will happen.”

The change in the airport’s consideration of prime operators and sub-tenants goes to the heart of the massive industry that runs concessions at medium and large airports, according to current standards outlined by Airports Council International – North America, an organization of airport operators.

To understand the change, first consider that the airport food and beverage industry generally is divided into two groups:

“The [Atlanta] airport and city have clearly spoken that they want to place the priority on the sub-tenant having as much freedom as possible,” said Schaefer, of the prime operator Delaware North. “It’s added a variable to be considered.”

What this means to local businesses is that they can tie their wagons to every prime operator seeking concession contracts.

The potential for an energetic local firm to win a contract to serve coffee or burgers or salads – or whatever – at the airport is greatly enhanced.

What this means to the prime operators is that they now are working with sub-tenants who can be expected to be cutting deals with competing prime operators.

The outcome of the new approach isn’t yet known because the nature of the relationship between prime operator and sub-tenants is evolving. Right now, perhaps 500 businesses are trying to find partners who can help them get a concession contract.

Paul Brown, the airport’s concessions director, said he knows this is a new way of doing business. Brown noted the airport is a tough environment in which to do business, and only the most capable folks will be chosen.

“The lead company is going to have to deal with all the concerns of working in an airport environment, in addition to sourcing the right kinds of food, the menu, and bringing in a brand name to make it all work,” Brown said.

“I didn’t say it will be easy, but it can be worked out,” Brown said.