Atlanta intends to use a fledgling state-authorized financing program to help property owners pay for upgrades to energy and water systems in commercial buildings in downtown Atlanta. 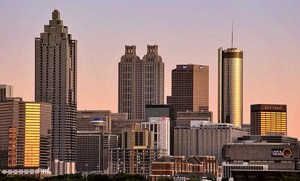 A partner in Atlanta’s new energy effort is Ben Taube, formerly the executive director of Southeast Energy Efficiency Alliance. Taube now serves as president of BLT Sustainable Energy Inc., which on June 28 helped organize the company that on Oct. 18 got the city’s green light for a deal – Ygrene Energy Fund, which is affiliated with a California-based company of the same name.

Program advocates have their work cut out. For starters, the Atlanta City Council has yet to create the special tax district in which the financing program will function. Also, little guidance is available from other programs because few, if any, other governments in Georgia have enacted the system since its creation in 2010.

The financing district that’s to be created will raise money in ways similar to that used by the popular community improvement districts, or CIDs. Through CIDs, property owners in a defined geographic area agree to pay higher property taxes in order to pay for community-wide improvements.

Metro Atlanta has about 15 CIDs, and their programs include public safety efforts in Midtown and Downtown; transportation upgrades near Cumberland and Perimeter malls, and Stone Mountain; and a new linear park in Buckhead. 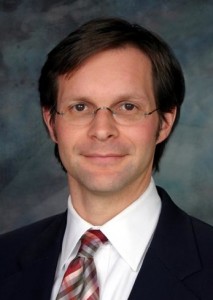 Now, the idea is to adapt the CIDs’ method for financing traditional community improvements in a way that provides money to property owners to pay for upgrading the energy and water systems in existing commercial buildings.

The state of Georgia paved the way for Atlanta’s effort in 2010. Lawmakers enacted House Bill 1388, which was signed by then Gov. Sonny Perdue, to expand the power of downtown development authorities.

Since 1981, downtown development authorities had functioned primarily to foster the revitalization and redevelopment of central business districts. To that end, they typically helped developers get low-interest construction loans.

The limited buzz generated by the passage of HB 1388 focused on the expectation that it would help homeowners install energy saving systems. However, the nationwide program was stymied that summer by federal financial regulators who determined that such financing created issues with certain mortgages.

Now, Atlanta’s Downtown Development Authority has approved a deal in which Ygrene will administer a financial program in whatever financial district the city council may create. The DDA approved a resolution last week that states, in part:

Previous Article
CFO Carol Tomé tells the inside story of Home Depot’s retreat from China
Next Article
Alana Shepherd’s Moment was the ‘call from hell,’ launching her son’s recovery and family’s investment in a remarkable rehabilitative hospital