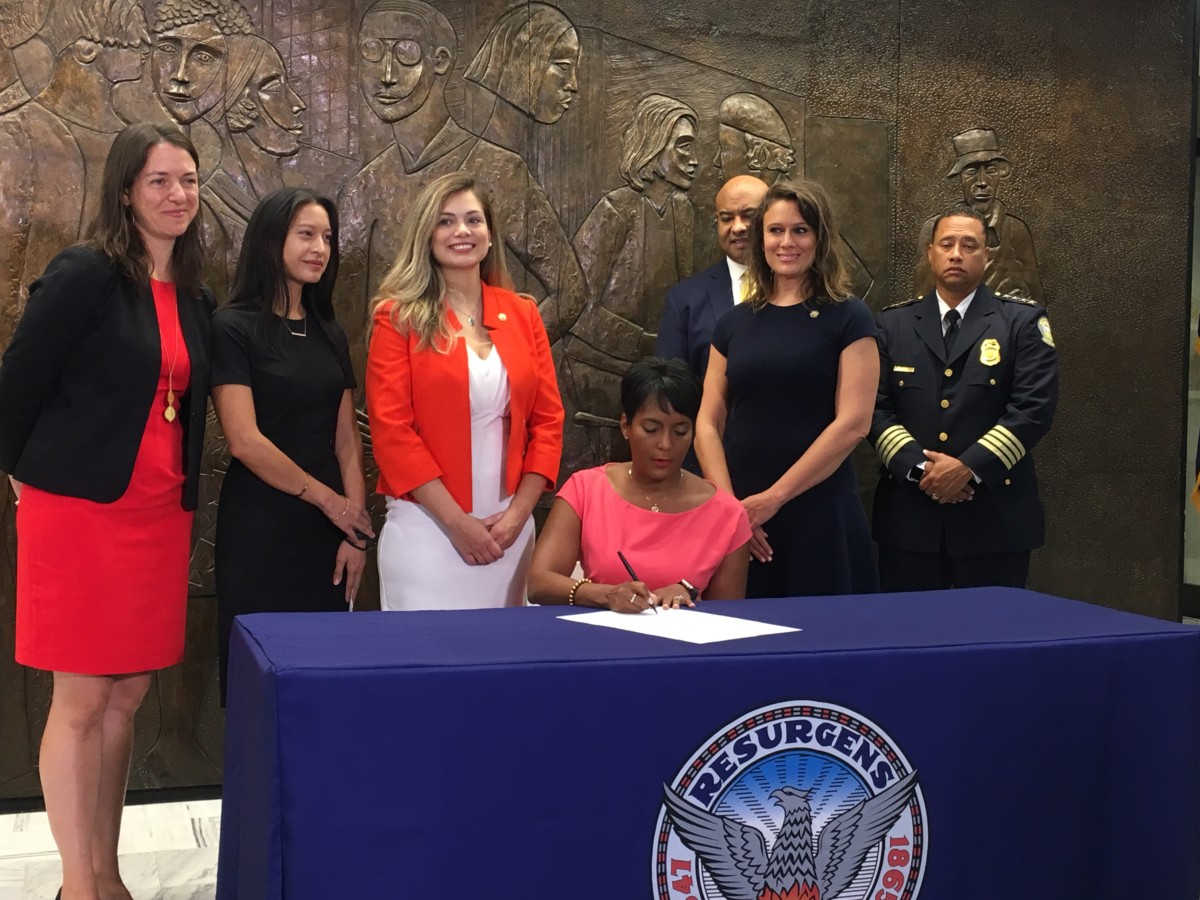 Atlanta Mayor Keisha Lance Bottoms on Thursday signed an executive order that will end a deal that’s seen the city jail house hundreds and hundreds of detainees on immigration charges on behalf of the federal government.

“Atlanta will no longer be complicit in a policy that intentionally inflicts misery on a vulnerable population without giving any thought to the horrific fallout,” Bottoms said just before signing the order. 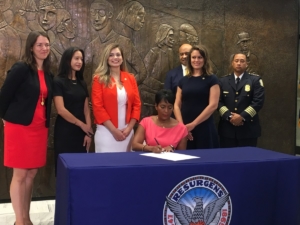 As Bottoms has been saying since she first hit “pause” on the deal, she said she couldn’t stand by and do nothing when she saw families separated at the U.S. border months ago.

For years, federal agents from Immigration and Customs Enforcement have been able to drop off detainees at Atlanta’s city jail. Each person has been worth $78 per day to the city.

A council appointed by the mayor to look into immigrant detention recommended ending that deal permanently.

There are still about five ICE detainees in the city jail, mayor said; and that her executive order directs Corrections Chief Patrick Labat to ask that they be transferred elsewhere.

Bottoms said the city will figure out how to make up for missing the revenue in next year’s budget. (It’s about $7.5 million for the fiscal year through June, according to the AJC.) She said it’s a significant hit to the budget but it is testimony to how strongly the city feels about the new policy, “that there are some things that you just can’t put a price on.”

Separately but regarding the same building, Bottoms has also expressed support for the idea of getting out of the jailing business altogether and selling the city lockup.

It’s early stages in that possible process, but she said if the city sells the jail to another entity that would use it as a jail, city corrections staff would likely keep their jobs but transfer to that other employer.

In the meantime, Bottoms said that jail space will still be rented to other federal agencies, like the FBI, that are covered in the same contract as ICE.

Correction: This story has been updated to correct the first quote from the mayor. The word “horrific” was inadvertently left out of the original story.