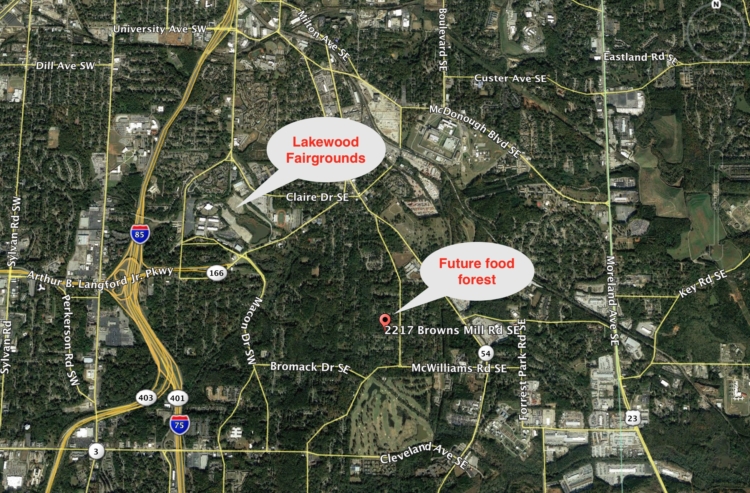 Atlanta is soon to have the nation's largest food forest, on land between Lakewood Fairgrounds and Browns Mills Golf Course. Credit: Google Earth Plus, David Pendered 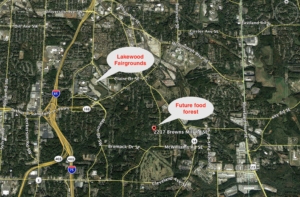