Atlanta on Monday will commemorate its 50th anniversary of the hiring of the city’s first African American firefighters. Their first day of work was April 1, 1963. 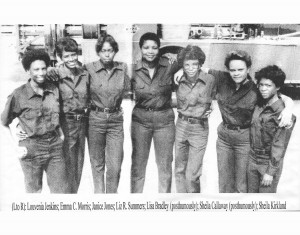 There’s more to the event than meets the eye – including a total omission of the history of the fire department’s integration on the city’s website.

The ceremony actually is to honor three aspects of the city’s history – the integration of the fire department; the city’s first seven African-American female firefighters, hired in 1977; and world boxing champion Theodore “Tiger” Flowers (1895-1927), who lived in a 20-room mansion on the site where a fire station was built and where the ceremony will be observed.

Holyfield has recently returned from the Philippines, where he helped coordinate relief efforts for areas ravaged by Typhoon Pablo. The storm left more than 1,000 dead after it swept across the island in December 2012.

Atlanta’s fire department was integrated after some black leaders requested an end to a segregated department. Then-Mayor Ivan Allen agreed, and 16 black firefighters were hired after passing tests. 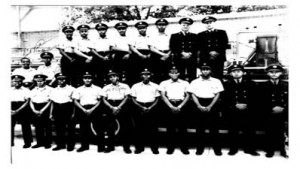 Atlanta’s first African American firefighters started work April 1, 1963 at Fire Station 16. The station was on Marietta Street at the time, and later was moved to a new facility built along the former Simpson Road, now Joseph E. Boone Boulevard. Credit: City of Atlanta

One of those 16 was William Hamer, who went on to be named the city’s first black fire chief and the first African American to serve as first black metropolitan fire chief. Hamer’s path was not easy, according to a historical statement included in his nomination to the city’s Commission to Honor Atlanta’s First African American Fire Fighters and a citation in the “History of Service: Atlanta Fire Department Commemorative Yearbook.”

Black firefighters faced problems rising through the ranks because of a 1969 promotions exam – which all black firefighters failed, according to Hamer’s statement. Hamer filed a discrimination lawsuit in federal court, and U.S. District Court Judge Charles Moye issued a ruling in Hamer’s favor. In 1985, Hamer was named fire chief.

The first black female firefighters were hired in 1977, when Maynard Jackson was mayor. At the time, women were just beginning to be hired for fire suppression duties in other departments around the country, according to the International Association of Women in Fire and Emergency Services.

In a notable omission for Atlanta, the city’s web page for the fire department has no information about the department’s integration. 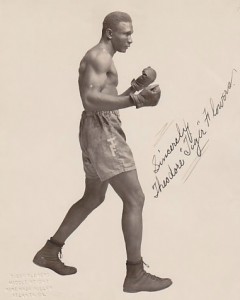 The city’s website contains a brief history of the fire department. It’s timeline begins in 1848, when residents were ordered to keep fire buckets in their homes, and basically ends with the fire at the Winecoff Hotel, in 1946. The page says the section on the department’s history is a “work in progress.”

Flowers, the boxer, moved to Atlanta in 1920 and began training seriously as a fighter, according to the New Georgia Encyclopedia. He was born in Camilla and moved to the Georgia coast with his family when he was an infant. He worked as a stevedore and migrated to Philadelphia, where he took up boxing.

Flowers’ moment arrived in 1926, when he won the title by defeating Harry Greb, the world middleweight champion. He lost it later that year to Mickey Walker in a fight some claim was rigged by mobsters, according to the encyclopedia entry.

Flowers was known as the “Georgia Deacon” because of his reputation for sobriety and religious devotion. While in Atlanta, he served as a deacon of the Butler Street CME Church.