There’s no cause for either celebration or concern – Atlanta does not intend to reopen talks about allowing bars to serve alcohol later into the night.

Councilman Michael J. Bond said Thursday that he’s received calls from folks concerned about legislation he filed Monday. They think he may want to create a forum to extend pouring hours.

That’s not the case.

“This isn’t about bar hours. I want to get that out first,” Bond said.

Bond said his goal is to tighten provisions in the city code that will make it easier to close establishments that sell alcoholic beverages in violation of city codes.

Too many of them slip through legal loopholes to keep their license, Bond said. Many times, they change ownership or registered agent just before their license is to be revoked or denied, Bond said. That eliminates the case authorities have prepared against the shop, he said. 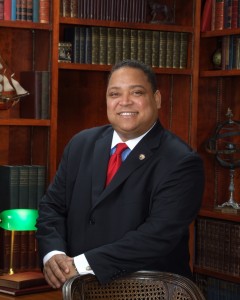 Bond, who is elected citywide, submitted legislation to create a technical advisory group of 14 members appointed by the mayor, council president, Metro Atlanta Chamber of Commerce, council members, and various other entities

Its purpose is to conduct a comprehensive review of the city’s “alcohol beverage licensing process and the enforcement of the laws pertaining to the licensing, sale and regulation of alcoholic beverages in the city.”

But the rumor that Bond wants to extend pouring hours was real enough for the Buckhead Coalition to send him an email expressing its concern, Bond said.

The business group had worked for years to bring order to Buckhead after it turned into an open carnival replete with violence, traffic gridlock, and drinking illegally on streets and sidewalks and parking lots.

Atlanta responded in 2003 to the disruption in Buckhead and other entertainment districts by closing bars at 2:30 a.m. instead of 4 a.m. The city allows bars in Underground Atlanta to serve until 4 a.m., and periodically efforts arise to push the citywide closing time back to 4 a.m.

Bond said he wants nothing to do with such a move. And he intends to modify his legislation in the City Council’s Public Safety Committee on Tuesday to clarify that the advisory committee is to focus on the problems he has outlined.

Bond wants to target the shops, often time convenience stores, that don’t follow the city code. They sell to minors. They don’t maintain their property. They don’t enforce rules about not drinking beer in the parking lot.

“This is about catching all the different loopholes that allow people to get away with victimizing a neighborhood,” Bond said. “Literally every neighborhood I go to has someone in the neighborhood who’s a bad actor, and year in and year out they find some way to slip enforcement.”

Bond wants the technical advisory group to submit proposals by November. That may give the council just enough time to revise the city codes before licenses are due to be renewed by the end of December.

Previous Article
‘Midnight in Paris’ — Woody Allen expresses his love of the city — in the 1920s and today
Next Article
Upgrades under way (hopefully) for rural transit program for poor, elderly, disabled