Atlanta’s airport to get ads pasted on windows, hung from roof, and more

Atlanta’s airport could soon have advertising pasted on windows, hung from rooftop banners, and streamed across a screen above the central atrium. 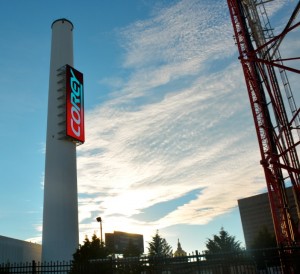 One of the approved bidders for the advertising contract at Atlanta’s airport has installed a digital sign beside the Downtown Connector, near the state Capitol. Credit: Donita Pendered

The airport intends to open these areas, and more, as part of its upcoming contract with a company to sell and manage commercial advertising. The airport’s ad business now grosses more than $10 million a year, city records show.

It’s all part of the airport’s effort to reach its No. 1 goal with the new ad contract: “To increase Hartsfield-Jackson Atlanta International Airport’s advertising revenue.” The airport could use the money, according to the city budget.

The airport’s operating revenues are expected to drop nearly 2 percent in Fiscal Year 2015, which started July 1, compared to the previous fiscal year, according to the current city budget.

Advertising revenues could help bolster revenues on its non-aeronautical portion of the budget, where earnings from concessions are projected to increase this year.

The airport expects to make $100.3 million from all of its concessions – food, beverage, etc. – in FY15. This projection is up by 6.3 percent from the previous year, according to the budget. The airport intends to keep 65 percent of gross profits from ad sales, according to its bid document.

The city released its invitation to bid on the commercial adverting contract on Aug. 29. City officials are slated to open the bids Oct. 15 for the deal at Hartsfield-Jackson Atlanta International Airport. 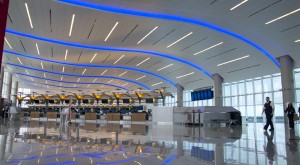 The plans would allow advertisers to:

Revenues involved in the indoor advertising contract are as eye-popping as some of the visual displays contemplated in the city’s request for bids.

The current program includes contracts with 84 companies. Together, the companies will pay about $10 million this year to display ads in the world’s busiest passenger airport.

Here are some of the companies that advertise at the airport, the platform they purchase and price they pay:

Incidentally, the definitions of the platforms includes:

Four bidders that prequalified are the only ones that will be allow to submit bids. They are:

Atlanta businessman Billy Corey won a $17.5 million verdict in a 2011 federal trial over the 2002 contract, which the city awarded to Clear Channel Outdoor Inc. and Barbara Fouch – the godmother to a child of former Atlanta Mayor Maynard Jackson. An appellate court vacated the award – but after Atlanta Mayor Kasim Reed announced in April 2011 his decision to pay Corey Airport Services, Inc. $3.9 million to end the city’s portion of the litigation. Reed said of his decision to pay Corey: “This battle, which is more than 10 years in its origin, has gone on long enough.”

The city’s co-defendants, Clear Channel and Fouch, appealed the jury verdict, issued in U.S. District Court in Atlanta, and prevailed in the U.S. Court of Appeals in Atlanta. The court’s ruling, June 24, 2012, rejected Corey’s claim that he lost the bid because he was a city hall “outsider,” whereas the winning team was a city hall “insider:” 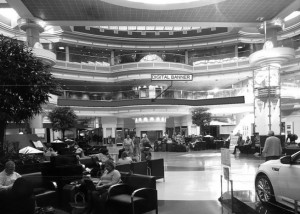 Moving ads could be displayed above the atrium of Atlanta’s airport under a proposed advertising contract. Credit: City of Atlanta 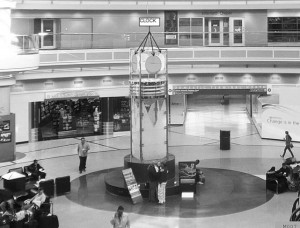 Every time a traveler checks the clock in the atrium of Atlanta’s airport terminal, an advertiser could transmit a message. Credit: City of Atlanta

Display advertising could be sold on the exterior of the terminal of Atlanta’s airport, under the city’s request for bids for an advertising vendor. Credit: City of Atlanta 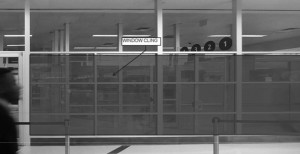 Large display advertising could festoon windows inside the terminal and on automated people movers, under a proposed advertising contract for Atlanta’s airport. Credit: City of Atlanta 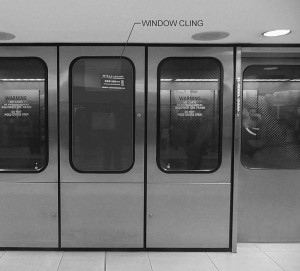 Advertisers could reach passengers as they use the airport’s automated people mover system. Credit: City of Atlanta