Atlanta again is at the forefront of the nation’s deliberation of civil rights issues. 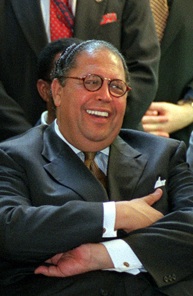 The FAA calls for the DBE decertification of a company whose management is claimed by heirs of Maynard Jackson.

First it was the airport, and hearings ordered by the FAA to decertify four Atlanta-based businesses from a federal affirmative action program – including a firm that involves the widow and daughter of former Mayor Maynard Jackson.

Add last week’s decision by the U.S. Supreme Court to review the Voting Rights Act of 1965. The law was enacted soon after Atlantans – including Martin Luther King, Jr. and John Lewis – participated in the Selma marches.

The hearings into airport contracts come down to basic questions that go to the heart of the nation’s affirmative action program. The hearings are to scrutinize issues including:

In one regard, the hearings are an early exercise of a new requirement by Congress that the FAA, the Federal Aviation Administration, get more involved in the certification of “airport concessions disadvantaged business enterprises” – or ACDBEs. In practice, states are in charge of certification.

According to the FAA reauthorization bill that President Obama signed in February, the FAA must begin by 2013 a mandatory training program for all state officials who will be involved in certifying ACDBEs. Congress found a need to continue the ACDBE program, but called for greater oversight of compliance.

The training program will address any number of uncertainties among state officials over the program’s rules. Those uncertainties evidently grew during the five years that Congress could not pass an FAA reauthorization bill. States had begun certifying companies as disadvantaged according to criteria that varied from state to state.

The Supreme Court review of the Voting Rights Act is to focus on the requirement that nine states, including Georgia, get preclearance from the Justice Department or a federal court before making changes that affect voting.

A story Monday on gpb.org highlights some of the arguments being made in Georgia. The story quotes Georgia Attorney General Sam Olens and Sen. Jason Carter (D-Atlanta).

The airport hearings began last week and are to conclude Nov. 20.

One of the four companies the FAA has said should be decertified is Atlanta Restaurant Partners.

It’s a spin-off of Jackmont Hospitality, which Maynard Jackson formed in 1994 with his daughter, Brooke Jackson Edmond, and local businessman Daniel Halpern. Today, ARP contends its leadership includes Edmond, Halpern, and Valerie Jackson – the widow of the late mayor.

The FAA has determined that Edmond and Jackson do not qualify for the ACDBE program because they are not involved in the company’s daily management: Neither was badged at the airport. Halpern does not meet the criteria to be deemed disadvantaged, the FAA determined.

The context of the hearing is that Mayor Jackson was determined, when in office, to ensure that disadvantaged businesses had access to airport contracts.

One of Jackson’s oft-repeated quotes is, “Tumbleweeds would run across the runways of Atlanta’s airport,” if a greater proportion of disadvantaged businesses did not win city contracts.

Another firm being reviewed, Mack II, is owned by Mack Wilbourn, one of the first disadvantaged businesses to get an airport concession contract. Mack II was formed in 1972, the year after President Nixon expanded the federal program promoting minority business enterprises, and in the era when Mayor Jackson was requiring greater minority participation in airport contracts.

The FAA has determined that Wilbourn’s personal net worth exceeded the maximum of $750,000 that was in place at the time GDOT certified the firm as an ACDBE. Further, the FAA said it does not think Wilbourn could meet the current cap on personal net worth of $1.32 million.

The FAA determined Hojeij did not properly document the “value of equity ownership,” among other issues.

The FAA registered concerns about Vida’s independence from Hojeij Branded Foods; contended that Wassim Hojeij is the actual manager, that that the owner of record, Vida Ghahremani; is too busy running another business to oversee Vida.