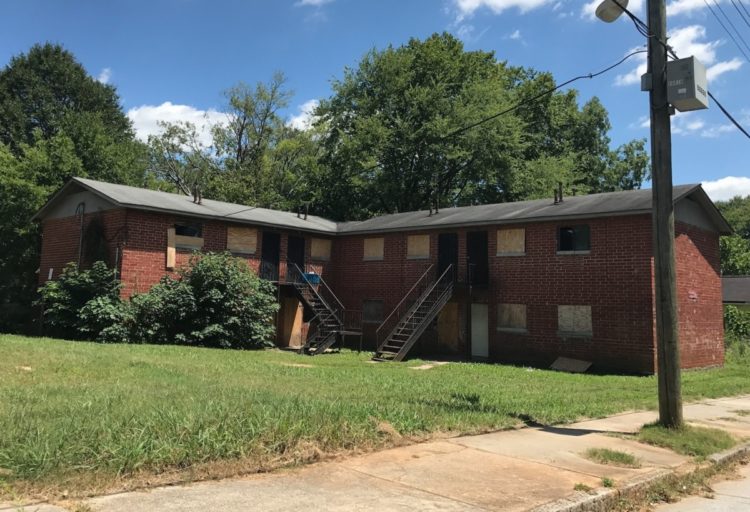 Atlanta's supply of affordable housing has shrunk as older units are not maintained and eventually close, as occurred at this complex west of Mercedes Benz Stadium. File/Credit: David Pendered

I cannot remember who the person was who termed this period of time as the “silly season,” when politicians appear on the scene seeking your vote and raising campaign funds.

For many voters, there is a sense of being overwhelmed and if, like me, when you know too many candidates, it may push you to the sidelines because you do not want to offend the other candidate you also like and know. Also, we know the song by heart – you will want to make a “difference.” My retort is, “How?” What are the driving issues you want to tackle? 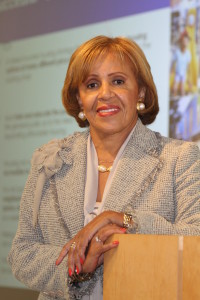 So I will try to explain what I think should be the top topic of questioning for the next mayor, councilmembers and other elected office seekers: Housing affordability tops the list. Housing is the major equalizer in any city – the ability to live where you want, close to transportation, walkability and access to necessary amenities. Promoting mixed income neighborhoods is a must and policies must be in place to make it happen.

By reputation, most people know that I care about affordable housing and pushed the concept of mixed income communities as a way to revitalize crumbling neighborhoods. In the early 1990’s, most of the neighborhoods surrounding Downtown were at a level of deterioration to the point that many believed was unchangeable. Lessons from other cities told me that neighborhoods were the lifeline of the city and if Atlanta were going to be all that it could, the neighborhoods would have to revitalize.

This happened by empowering the residents who lived there to organize and to facilitate the rebuilding of their communities through entities like community development corporations. They led the revitalization of neighborhoods like the Old Fourth Ward, Mechanicsville, and Reynoldstown. It involved helping the private sector to understand why they should invest in the change; it involved helping the philanthropic community to become engaged and support organizations at the grass roots level. Eventually, it changed the paradigm. 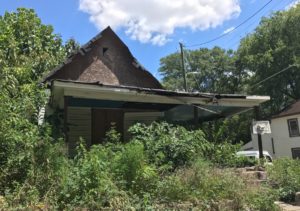 With affordable housing the hot topic of Atlanta’s campaign season, candidates must know the issues facing decayed neighborhoods such those in the Westside, which is on the brink of redevelopment. Credit: David Pendered

The unintended consequence is that these neighborhoods have become popular, are now unaffordable, and displacement of long-term residents is the outcome. Private developers are now the major players in many neighborhoods and community interests are sometimes marginalized. So the task for those seeking public office is to determine how they want to help revitalize the neighborhoods they want to represent, how they will avoid displacement, and how to include existing residents in the process. To be successful is to know the issue and to articulate how they can promote or not promote what is under way.

It cannot be done in isolation – it must done with the input of people who live in the neighborhoods, who want to be convinced that they will not be displaced, and from the city that can bring the public resources to bear with funds such as the Housing Trust Fund and Tax Allocation Districts (TADs). The access to such funds should ensure to not allow the house or unit to be flipped within a certain number of years. The enforcement of the inclusionary housing policy should include the mandate that if a subsidy is provided to a developer, that the developer will include affordability at least 80 percent and below the 60 percent threshold (most developers reach for 80 percent of the area median income and not the city’s median income, which is lower). Land trusts should be one of the instruments utilized that provides for long-term affordability. 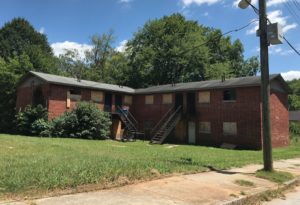 Political candidates should explain their views on the types of provisions that could ensure units are affordable when public resources aid in the redevelopment of housing. Credit: David Pendered

One of the key threats in Atlanta is that many of the Section 208 housing units are close to expiring and owners will have the option of turning them into market rate units. The city’s Office of Housing and Community Development, together with the Atlanta Housing Authority, should be aware and preparing to address this issue. Again, the larger question is what happens to existing residents when we already have a deficit of affordable housing in the city. This is a critical issue for areas bordering neighborhoods like the Old Fourth Ward, and for neighborhoods in the lineup for major redevelopment such as Vine City/English Avenue and the communities of Peoplestown, Pittsburgh and Summerhill.

So what can candidates do? When you are in the midst of “silly season” seeking the support of people like me, I urge you to know the issues that affect people who currently live in the neighborhoods in transition or that will be undergoing transition due to major development activity. Be prepared to tell me what you hope to facilitate if you win the election. Talk to me about what you want to attempt to, or hope to, change or enforce.

We all understand that you will have to convince other members of the council, all we ask for is that you to know and understand the issues and to try, and try again, on behalf of the citizens who lived in these communities when the opportunities were not so great. If you can convince me, the rest of the community will work to elect you.