Atlanta’s Makers and the Next Industrial Revolution 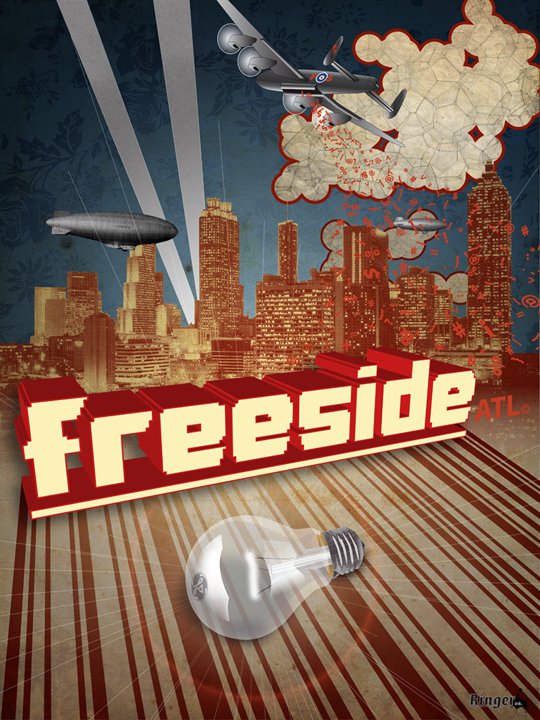 In metro Atlanta and across the country, a revolution appears to be underway in libraries, recreation centers and workspaces. Amid the mass marketing from big box stores and online retailers and other forces that tell us what we need and how to order it, some people with skills are assembling for change. 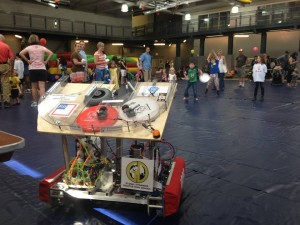 They are techno-geeks, artists and craftspeople. They wield computers, 3D printers, laser cutters, transistors, glue guns, canvasses, acrylic paints, embroidery hoops and other tools. They can be hobbyists, inventors or entrepreneurs.

The revolution is called the “Makers Movement,” a growing grassroots do-it-ourselves culture seeking to reinvent their pockets of consumer society.

Makers are making stuff, just like the old days when if you couldn’t make it, you didn’t have it. And they’re making a community, too, as they share expertise. They are forming nonprofit groups to gain access to sophisticated equipment (like 3D printers) and workspaces that are bigger than garages.

The third annual Atlanta Mini Maker Faire is sponsored by Google and will  feature workshops and exhibits on robotics, electric vehicles, computing, 3D printing, green technology, among other topics, is scheduled Oct. 26 at Georgia Tech. It’s not DragonCon, but more than 6,000 people who like to tinker showed up last year.

Atlanta Mini Maker Faire is organized by The Foundery, an Atlanta nonprofit based in Old Fourth Ward that promotes education and entrepreneurship in the areas of industrial arts, making, and manufacturing. Other sponsors include Coca Cola, Turner Broadcasting, MailChimp and the Arthur M. Blank Family Foundation. Earlier this year in San Mateo, Calif., , the original Maker Faire, billed as “The Greatest Show and Tell on Earth,” drew 900 makers and 120,000 attendees. 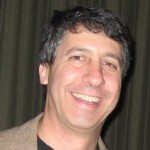 Year-round, Atlanta is home to at least a half-dozen of these groups ranging from those with fully functioning “makerspaces,” such as Freeside and MASS Collective in south Atlanta, to those just getting off the ground.

“Our group is in the formulative stage and we’re definitely excited about it,” said Lew Lefton, president of Decatur Makers, one of the newer groups. “The community gains a lot by teaching itself these things.”

Maker groups hold fundraisers, lease workspaces, share, buy and accept donated equipment for common use. Expert members training for free or at a fraction of the cost of university or adult learning programs.

If you want to get in touch with your inner Scout or 4H-er, this is the group for you and your kids. They may be better than you at hacking a robot out of a coffee can.

A return to shop class, in the community

Decatur Makers has incorporated as a Georgia nonprofit and has filed for tax-exempt status under federal law. It is currently seeking its own permanent workspace and training center.

Decatur Makers bills itself as the first “family friendly” maker’s group in metro Atlanta, one that actively caters to school children and their parents. Lefton said the idea of starting a makerspace in Decatur grew out of his involvement with other parent mentors working with area high school robotics teams. 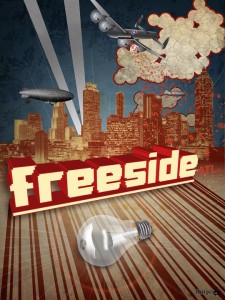 Advocates who’ve bemoaned the loss of domestic and creative arts and crafts programs, such as metalworking, in public schools say makers programs could be a way of exposing this generation of children to traditional handwork. Instead of waiting for the next app, they can apply themselves to a creative challenge. Maybe the next Steve Jobs is growing up in Atlanta.

For adults trying to reinvent themselves in a fledgling economy, makerspaces could provide training.

“We just did a C++ class,” said Steven Peters, a board member of Geekspace Gwinnett, of a popular programming language. “That’s something you’d probably thousands of dollars to go to college for or to pay for an adult-ed type of class. It’s probably going to be $100.”

Like Decatur Makers, Geekspace is looking for a workspace of its own. Currently it operates out of The Work Spot, a “co-working” space it shares with other individuals and groups in Duluth.

“For the electronics hackers, we have servers, sandboxed networking equipment, soldering stations, oscilloscopes and several testbed power supplies,” Geekspace offers on its website. “ For the makers, we have two 3D printers, a metal lathe, a CNC [manufacturing] mill, sanders, grinders, a reflow oven and a platoon’s worth (30+) of Dremels [handheld electric multipurpose tools] just waiting for something to hack.”

Access and training in 3D printing, among digital fabrication technologies, is one of the core functions of many makerspaces. Three-dimensional printing is a type of machining process through which computer images can be reproduced as solid objects in virtually any form. Unlike traditional manufacturing, instead of cutting shapes out of metal or plastic, 3D printers build the objects one layer at a time. 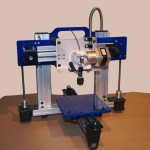 These technologies have been the subject of a great deal of hype. In April 2012, the Economist published an article declaring that “3D printing, easy-to-use robots and new collaborative manufacturing services available online,” could help spawn a third industrial revolution.

Researchers have contemplated the possibility that 3D printers could one day be used to replicate human organs or food. One roadblock to any type of replication is cost; 3D printers are expensive. A maker can buy one for several hundred dollars, but a commercial grade 3D printer can cost more than $3,000.

“We have five or six (3D printers) in our organization. Why spend the money on the printer when you can use on the cost of the materials,” said Peters. “The materials are expensive.”

Three-dimensional printing has been used to build prototypes of toys, tools, even guns. It is considered much cheaper to make a patentable prototype from a 3D printer than to hire a manufacturer to build one. Look for the maker community to find more shortcuts like this. Designing and making a one-of-a-kind item is an experience that should remind all of us that, despite what the big stores say, one size doesn’t fit all.