Atlanta is also recognized for a multitude of historical sites and events. This includes: the Martin Luther King Jr. Center for Non-Violent Social Change, the 1996 Summer Olympic Games, the Carter Center, the National Black Arts Festival, Paschal’s Restaurant, East Lake Golf Club, numerous conventions and home of some of the world’s most famous Black people including Presidential Medal winners.

Another one of Atlanta’s great strengths is the fact that it has the largest concentration of Black higher educational institutions in the world. 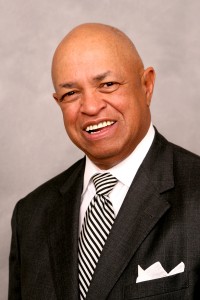 Atlanta’s Black business community also has a rich history. Black businesses of the day underwrote and supported Dr. Martin Luther King and the Civil Rights efforts during the 1960s-1970s and held the economic keys to the stabilization of the Black community.

These Black businesses influenced the late Mayor Maynard Jackson to lead the nation with its development of the city’s minority set-aside program and in the area of minority business.

It has been said that “joint venturing” with minority firms really started here in Atlanta. Atlanta’s success influenced national minority business legislation sponsored by U.S. Sen. Sam Nunn on the federal level in the U.S. Department of Defense and is a national edict for doing business with the DOD.

As one of the capitals for Black businesses in the United States, Atlanta has experienced almost 40 years of Black and minority business development – resulting in an enviable business community that is second to none. This indicates that the Black business community of Atlanta is capable of more important contributions and has capabilities other American cities would die to have. Additionally, these businesses and institutions employ significant numbers of Black people and contribute mightily to the area’s economy.

Now is the time to take advantage of this history and create an important area of the community. An area unique in culture, but starved for a rewarding legacy befitting the entire City of Atlanta. It is time for Black businesses to lead the revitalization of Martin Luther King Jr. Drive and Vine City.

Imagine this, tourists from around the world visiting and shopping in stores with a designated majority-Black ownership. Such actions would support community revitalization and stabilization and the city’s economic growth at the same time.

If Black businesses could be presented as the most visible of the redevelopers and underwriters for this area, it would spawn an attraction that could provide even more relevance to the Civil and Human Rights Center and the King Center. This would give our visitors a peek into how Atlanta became what it is today.

Just think, if Black businesses led the redevelopment effort, Martin Luther King Jr. Drive would easily be seen as a thoroughfare of historic significance to a Black community and an entire city. It would serve as the western gateway to the city while, acknowledging this important community and its many contributions. When people visit the new Atlanta Falcons Stadium and other venues, they would come to recognize how ALL of the communities have made Atlanta what it is today. The world would appreciate visiting a community composed largely of Blacks and with a Black business and cultural history being recreated by Blacks. Something NO OTHER city has done. It would be a “Landmark”!

How can this be done? Well, Atlanta has a great number of successful businesses that could place part of their operations in this area. The geographical boundaries already contain a large conglomerate of institutions creating significant numbers of middle class jobs for Blacks within the city.

Additionally, the area houses one of the biggest business employers of Blacks in the city. Further to the north and west we have the homes and locations of sites that are important to Black Atlanta. We also have groups and organizations with large Black institutional land holdings.

What is needed is a co-signer. We need the leadership of the City to “set-aside” old methodologies for revitalization and support a new model. This model is defined by using today’s talented, experienced Black businesses as an inexhaustible economic engine for change.

This economic engine would be unique to Atlanta which hires and employs local residents, but also turns the dollar over to create new business opportunities. I am calling on the Black and White leadership to ignore the age old partisanship of being afraid to call Black businesses to lead when and where capable.

I am calling on the leadership to receive the benefits of today’s world as we take advantage of the talent in our community. We need the total intentionality of our city for this to come into being and succeed!

Just look west of the new Atlanta Falcons Stadium to a community built by the recipients of its struggles for the beneficiaries of its future. It would be a statement like none other, a statement that says Atlanta understands the significance of its Black history and wants the world to come and see why we are so proud!