Atlanta on Sept. 1 is to begin its program to more than triple the cost of impact fees charged to new houses. The fee hike represents one nettlesome issue around housing affordability. 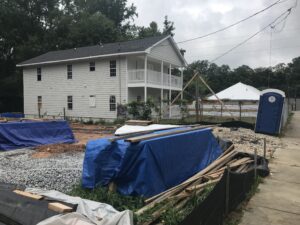 Prices of new houses in Atlanta may rise starting later this summer if developers pass on to buy an increase in the mandated impact fee that is to rise Sept. 1. This site is in the Pittsburgh neighborhood. Credit: David Pendered

The result of not raising impact fees for 28 years amounted to a taxpayer-backed subsidy to buyers of new houses in Atlanta. Developers were known to pass on to buyers the lower costs of Atlanta’s impact fees, relative to fees of a few thousand dollars higher that were charged by other jurisdictions. The city’s entire presentation is available here.

The difference of a few thousand dollars may not seem significant, not at a time when the median price of a house in metro Atlanta was $405,000 in June. That’s up 23.1% compared to a year ago, according to a report by redfin.com, a company that tracks the residential market.

But the sum is consequential. And impact fees, and more broadly the regulatory costs of housing construction, are aspects of housing affordability that were discussed at the July 8 meeting of the Georgia House of Representative’s Working Group on the Rising Costs of Construction Materials. A link to the video is here. 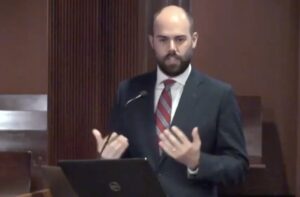 A $1,000 increase in the price of a house causes 153,000 U.S. residents to be unable to purchase that house, Austin Hackney, of the Home Builders Association of Georgia, told House lawmakers. Credit: Georgia House, via livestream.com

Brad Mock, governmental affairs director for the Georgia Assoc. of Realtors, outlined price increments in terms of the buyer’s overall cost. An extra $10,000 to $20,000 on the front end of a loan adds $50,000 to $70,000 to costs over the life of a standard loan, Mock said. These costs don’t appear to be a barrier for the typical new buyer anywhere in Georgia – cash buyers, and buyers from out of state.

Without mentioning Atlanta or impact fees, Mock said the effect of regulatory compliance on house prices is one area the Legislature could make changes to lower construction costs, and thus consumer prices.

“At the end of the day, you guys only have so many opportunities to impact big huge things like lumber shortages,” Mock said. “But what you all can affect directly are things that are right here in Georgia. These regulatory burdens are forcing folks out of the communities they want to live in, and that they do work in. And it creates more traffic problems and more infrastructure problems along the way.”

Until the Atlanta City Council adopted, and Mayor Keisha Lance Bottoms signed, an updated impact fee ordinance in March, Atlanta had not raised its impact fees since they were created in 1993. The new rate structure is to be phased in over three years. 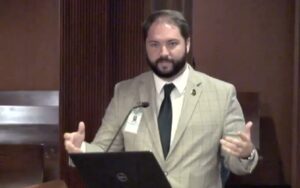 Regulations imposed by local governments are pricing some buyers out of neighborhoods near their jobs, Brad Mock, a representative of Realtors, told a House working group. Credit: Georgia House, via livestream.com

Because impact fees lagged costs of new “capital facilities,” all taxpayers – not just new residents and developments – paid to expand roads and parks, fire and police services to meet the demand created by newcomers. Georgia established impact fees in 1990 in order to enable governments to “defray the costs of expanding capital facilities to serve new growth,” according to a state report.

As a result of Atlanta’s decision to not raise impact fees, the difference in rates was significant between Atlanta and nearby jurisdictions, according to a study Atlanta commissioned from Duncan Assoc., and subsequently adopted as part of the legislation. Duncan has worked on Atlanta’s previous impact fee comparisons and studies.

These days are over. 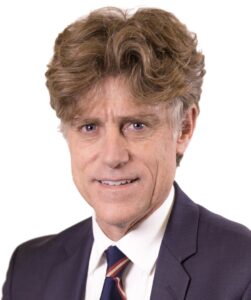 One important caveat is proximity to transit. As devised by the City Planning department, headed by Commissioner Tim Keane, the transportation fee will be reduced by 50 percent for all dwellings within 1,000 feet of a MARTA rail station. This exception covers both houses and multi-family developments. It would reduce the impact fee for the midrange house from $4,908 to $3,344 in the rate structure that takes effect Sept. 1, 2023.

These new rates are part of comprehensive revision of Atlanta’s impact fees and cover all types of construction. Even schools – the impact fee for a new elementary school will triple by Sept. 1, 2023. The fee increase will be lesser for warehouses, evidently because of their limited impact on city parks.