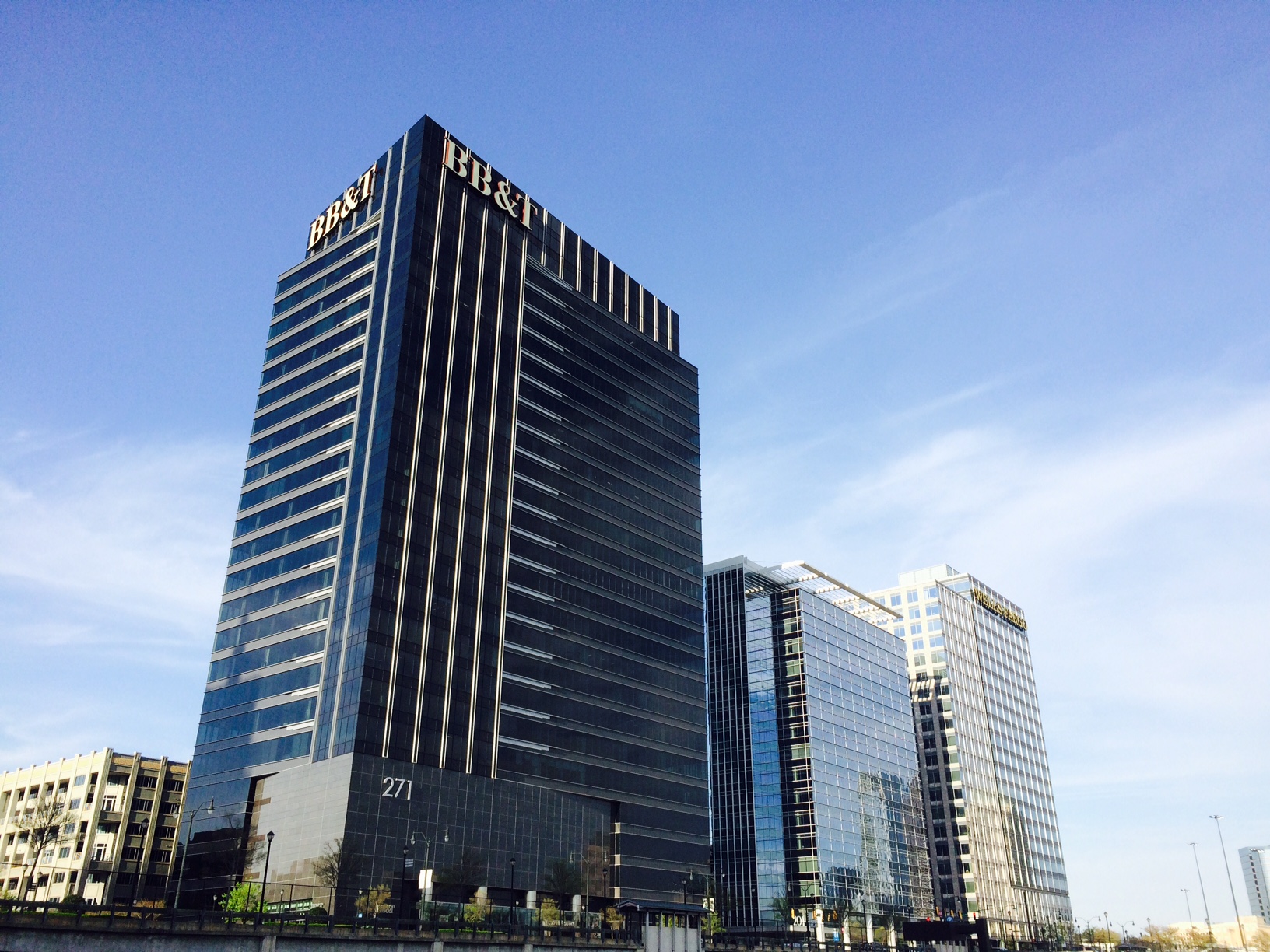 Atlanta Mayor Kasim Reed’s cabinet may characterize it as a fairly “innocuous” proposal, but the administration’s effort to create Atlanta’s first mandatory sustainability program for commercial buildings has sparked a fairly lively debate. 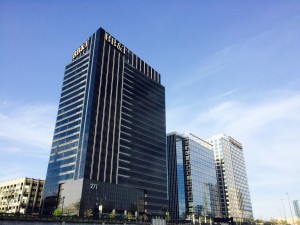 The BB&T building at Atlantic Station (left) and the adjacent 201 building are both Energy Star and LEED Energy Star certified. BOMA said the two buildings, managed by CBRE, illustrate the success of a voluntary sustainability program. Credit: David Pendered

Reed’s administration has pushed back vigorously against some critics who said at a recent Atlanta City Council committee meeting that they were blindsided by the pace at which the proposal moved through the legislative process. The city’s sustainability director penned a response that details the proposal and was published March 27 in saportareport.com.

Supporters, comprised mainly of sustainability advocates, made a strong showing at the March 24 Community Development Committee meeting, Opponents were out in equal measure and included the Atlanta Hotel Council and a variety of commercial operators and associations.

The committee passed the bill, with conditions, and set it for a vote at the council’s April 20 meeting. The conditions are that the administration will meet with any concerned parties and consider their issues. A number of involved individuals have said the administration has telegraphed its intention to accept no changes to the present paper.

At the committee meeting, about 21 individuals stepped forward to voice their opinions on the proposal, 15-O-1101. That’s a fairly high number of speakers to appear at this stage of the legislative process. All are in leadership positions in their respective companies or associations.

It was their first chance to speak about the proposal at a public meeting since the current version of the paper was introduced, on March 2.

Georgia’s sustainability industry now employees about 20,000 workers and could grow if Atlanta approves a sustainability ordinance, according to Southface. File/Credit: David Pendered

The administration has been working behind the scene with various stakeholders since a sustainability paper was first introduced, on Dec. 1, by Councilmember C.T. Martin. The first paper, 14-0-1617, is still pending in the Community Development Committee, but the conversation has moved to the new proposal.

Martin introduced the current version March 2. The paper skipped the committee review process and was called for a vote by the full council on March 16. The council voted 15-0 to refer the paper back to committee. That set the stage for the full-throated discussion at the March 24 committee meeting.

The timing of the review process couldn’t have been worse for Atlanta’s hotel industry.

Just as the city started making revisions at the start of the year, the Atlanta Hotel Council was busy at the state Capitol fighting the proposed religious liberties bill, on grounds it would scare off the convention trade. Then the industry was hammered by a $5 per night tax imposed on each room; without notice, lawmakers tacked the tax was tacked onto the $1 billion transportation bill the Legislature approved late in the evening of March 31. 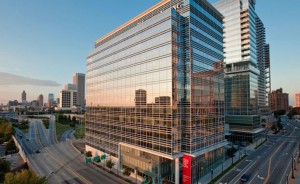 The Building Owners and Managers Association knows what it wants to happen to the paper.

Financial incentives to building owners could be funded through any grants Atlanta wins for its sustainability effort, Mitcham said.

The administration has not said what sorts of grants it intends to seek. Several individuals involved with development have said they presume the city has a federal grant in mind and needs to have a sustainability ordinance in place in order to be a viable contender for such a grant. Or, it could be that Reed simply is running out of time to initiate a sustainability ordinance, which he said in 2009 is important to him, and remembers that a similar effort died in council in 2009 – after 18 months of discussion.

That said, incentives don’t have to be financial.

For instance, the incentives provided in a sweeping sustainability proposal created toward the end of Mayor Shirley Franklin’s administration involved expedited review of development documents by Atlanta’s planning department. Atlanta is known for slow project reviews, which add costs to developers left waiting for the city’s response. This is the proposal that failed in 2009.

Mitcham noted that the reason Atlanta was invited to participate in the City Energy Project is because Atlanta is recognized nationwide as a leader in sustainability of buildings. This level of sustainability was achieved on a voluntary basis. Atlanta’s Better Buildings Challenge is an example of a voluntary program that has produced measurable results.

Incidentally, the City Energy Project is underway in 10 U.S. cities and intends reduce energy waste, reduce pollution, and promote local economies. The project is funded by three organizations –Bloomberg Philanthropies, the Doris Duke Charitable Foundation, and The Kresge Foundation – and is overseen by two nonprofit organizations, the Natural Resources Defense Council (NRDC) and the Institute for Market Transformation (IMT), according to its website.