The effort by the Council for Quality Growth to reform Atlanta’s building permit process has taken less than a year to achieve a large degree of success. 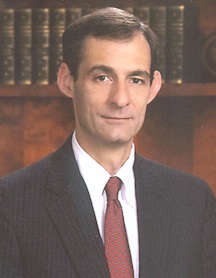 Atlanta Councilman Howard Shook won approval of a task force that’s to improve the city’s troubled permitting process. The mayor sent his list of nine appointees to the council today.

Last fall, the council urged Atlanta to create a technical advisory committee to work with city officials on the permitting process. The idea was for the committee to recommend the cost for various fees, and provide feedback to city officials on matters including ways to improve permitting for future homes and commercial buildings, as well as remodeling jobs at existing buildings.

The Atlanta City Council created the task force on June 18. Today, Mayor Kasim Reed will notify the council of nine individuals he has appointed to the Office of Buildings Technical Advisory Committee.

According to the legislation that created the committee, its purpose is to assemble a panel of stakeholders and have the experts advise on a garden variety of issues that have defied numerous proposed solutions.

The outcome, its architects hope, will be a system for overseeing construction that is both responsive and responsible. The current system is deemed as neither of the above.

Here’s how Councilman Howard Shook described the group in a brief comment on his website next to the number of the legislation, 12-O-0840:

“I sponsored this unanimously-adopted ordinance creating the Office of Buildings Technical Advisory Committee, a private sector round panel that will provide pro-bono review and comment designed to reduce delays and inefficiencies that can impede the performance of this bureau.”

The responsibilities vested in the panel include: