Atlanta’s urban tree canopy leads the nation; but most trees are not protected 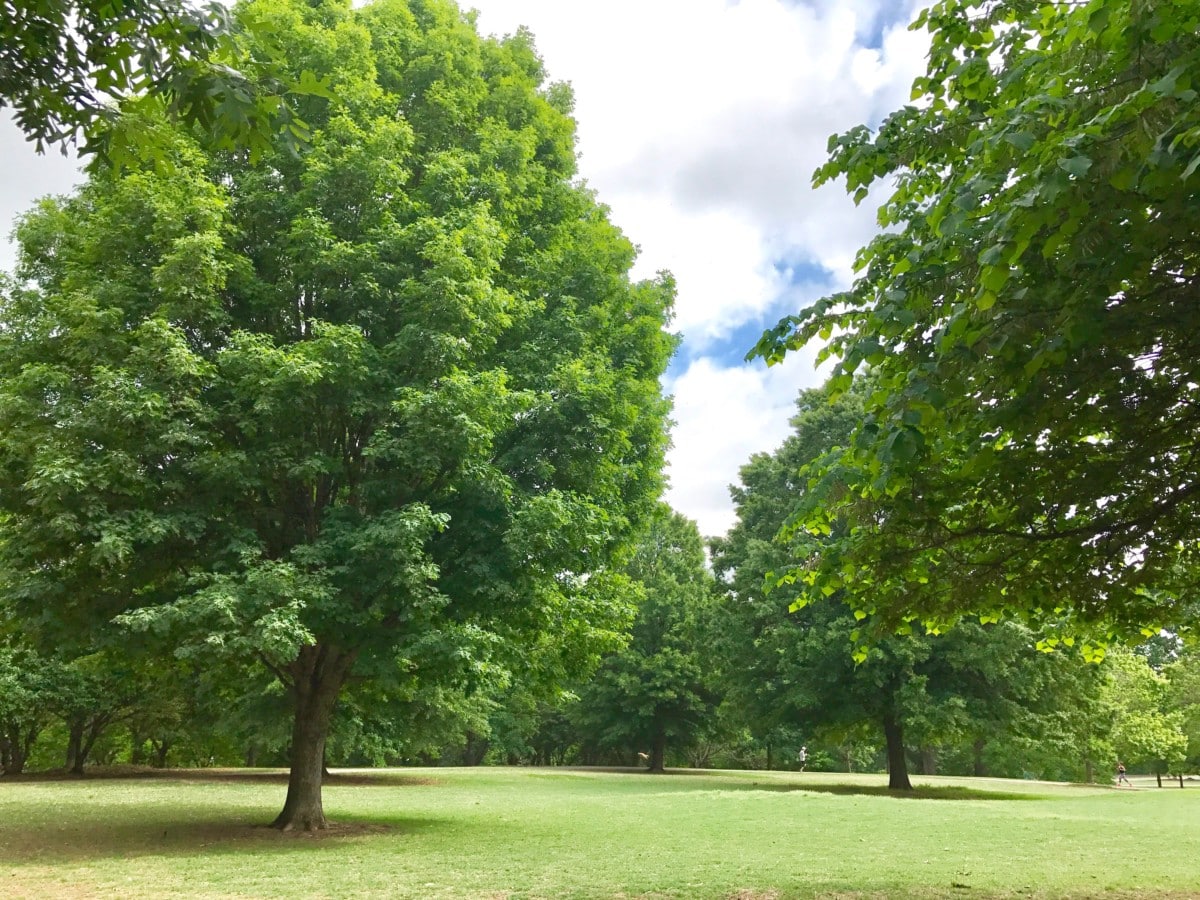 This is second in a multi-part series about Atlanta’s tree canopy.

We have always described Atlanta as a city in a forest.

Amazingly, it is true. Our old growth forests are among our most special treasures in metro Atlanta.

Joan Maloof, founder of the Maryland-based Old Growth Forest Network, is an author who has written several books about the environment including her latest: “Nature’s Temples: The Complex World of Old Growth Forests.” 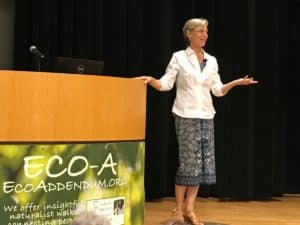 Maloof was in Atlanta at Emory University giving a presentation, hosted by Eco-Addendum (Eco-A), to a standing-room only audience of people who want to conserve and protect our environment.

The title of her talk was: “Atlanta’s Priceless Forest.”

“Atlanta is really turning out for trees,” an impressed Maloof told the group. “But we are losing the forest cover on this planet. Every year, it gets worse.”

From 1990 to 2015, the world lost 314 million acres of forest, according to Global Forest Watch. And as we lose trees, we damage our earth. Trees help clean the air, filter the water and stabilize the soil. They also provide a crucial role in maintaining our eco-system of plants, birds and insects.

Maloof explained that not all forests and not all trees are equal. The most precious forests are the virgin and original forests – and they qualify to be included in the Old Growth Forest Network. 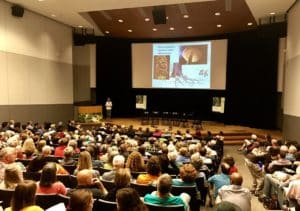 A virgin forest is one that was never logged and trees that were never cut. These areas are rare in the United States, but some still exist intact in certain places.

An original forest usually is in a place where trees once may have been cut down, but the area has been minimally disturbed. Old growth trees in an original forest are often found on steep slopes, narrow stream corridors, rocky places or historic sites.

A native forest tends to be in an area with third growth trees that are mostly native, but soils may have been disturbed.

A non-native forest usually has been repeatedly timbered and the soils are highly disturbed. While the provide some green infrastructure and human health services, they have little ecological and bio reserve value. 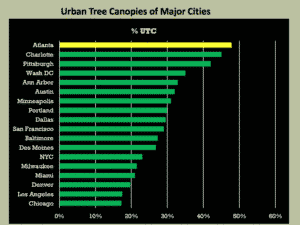 Maloof said that 47.9 percent, Atlanta has the highest percentage of overall urban tree canopy in the nation when compared to other cities that have conducted Urban Tree Canopy assessments. (Old Growth Forest Network)

The most striking slide shared by Maloof was how Atlanta compared to other major cities when it comes to having an urban tree canopy.

Nearly 48 percent of Atlanta is covered by an urban tree canopy ­– placing the city well above all other major cities in the United States.

“We want to keep Atlanta on top,” Maloof said. “Our Southeast forests are so special.

Virgin forest covered the Southeast until 1821 when the Creek Indians ceded the land to the U.S. government. In the next several decades, forests had been turned into farms for cotton and other crops.

“By 1920, not much of that original forest was left,” Maloof said. “In the East, we have less than 1 percent of our original forest left – forests that have never been timbered.” 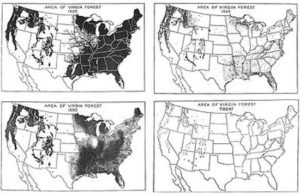 Atlanta is lucky to still have important parts of its original forest left intact.

But there are no guarantees that we will protect what we have.

Kolb put it this way.

About 5 percent of the City of Atlanta’s land is made up of parkland, nature preserves, greenways (367 parks totaling approximately 3,915 acres).

The total acreage, excluding the airport, is a total of 86,419 acres.

Most of our tree canopy, however, resides in private hands. 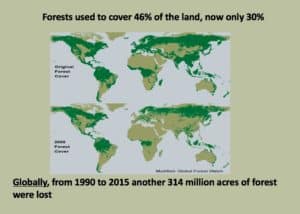 About 80 percent of Atlanta’s forest and tree canopy is located in single family residential zoning – areas that currently are not protected by a tree ordinance.

And there are no provisions to protect historic, old growth trees or unique specimen trees.

Maloof and Kolb have helped us realize what a special place Atlanta holds on earth.

At the height of sprawl, we were a region cutting down an average of 50 acres of trees each day. Now – as we adopt smarter growth policies – it is becoming more of a priority to preserve the marvel of trees and forest that do exist.

Now we as a region must become more engaged and adopt more pro-active policies to protect and treasure the trees and forests in our midst.

An important step was taken on April 25 when 14 Atlanta area forests were recognized by the Old Growth Forest Network. Here is a list of forest that are now part of the network: 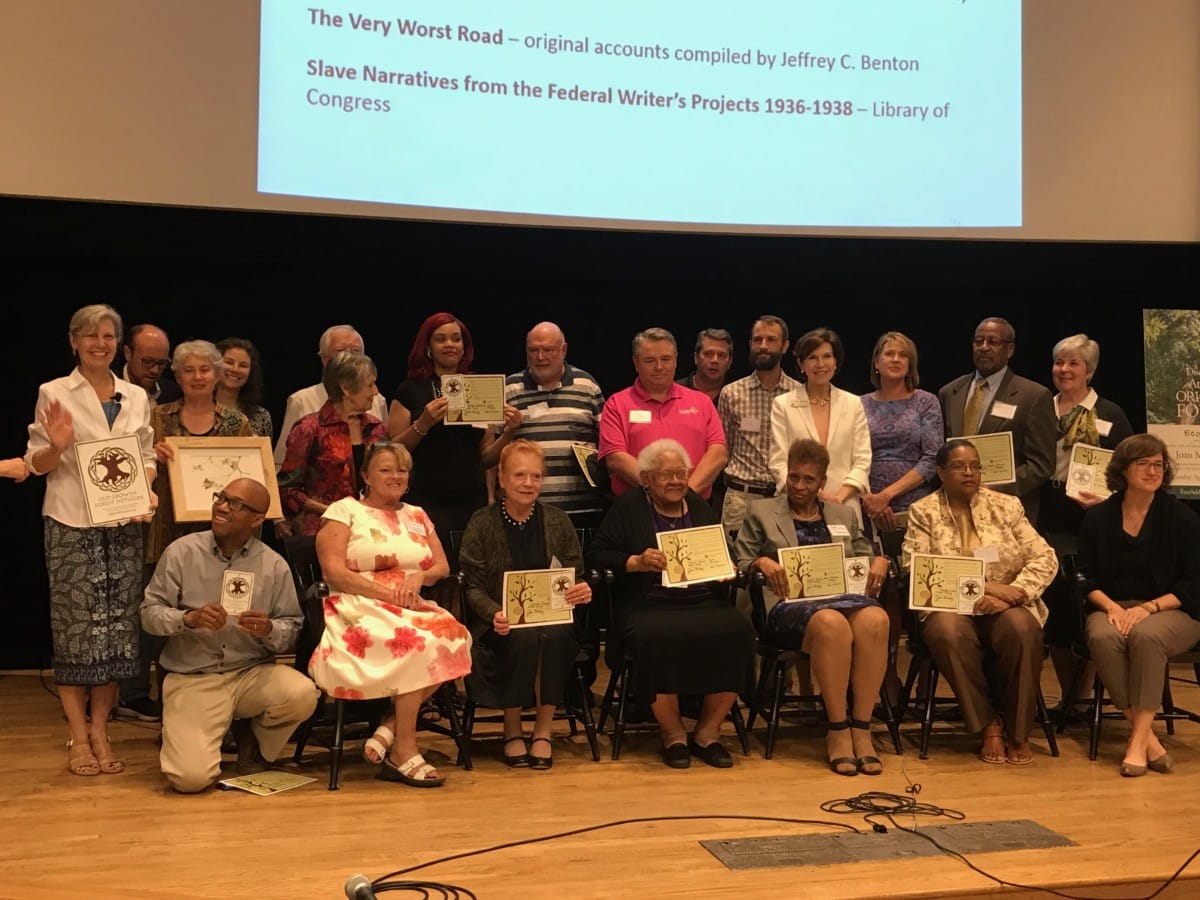 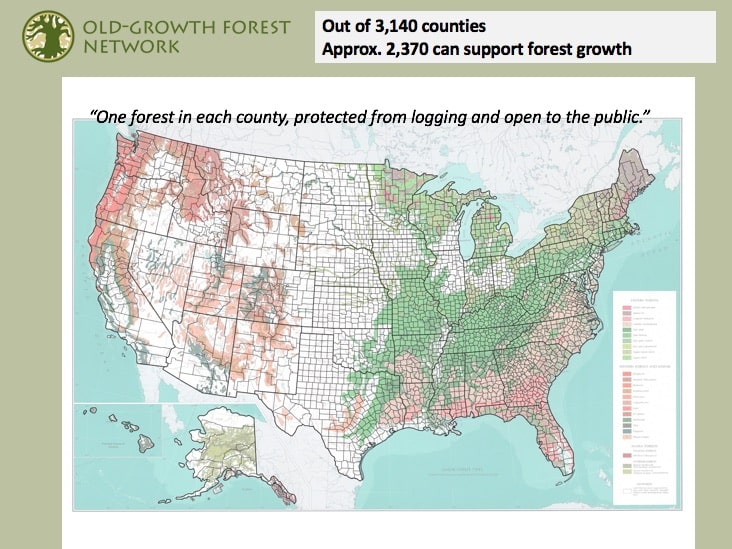 This is the second in a series of columns about Atlanta’s tree canopy. Last week, the column focused on trees in the Peachtree Hills neighborhood that will be cut down for residential developments.

The next column will focus on possible ways we as a community can protect our precious tree canopy – including trees that are rooted in privately-held property. 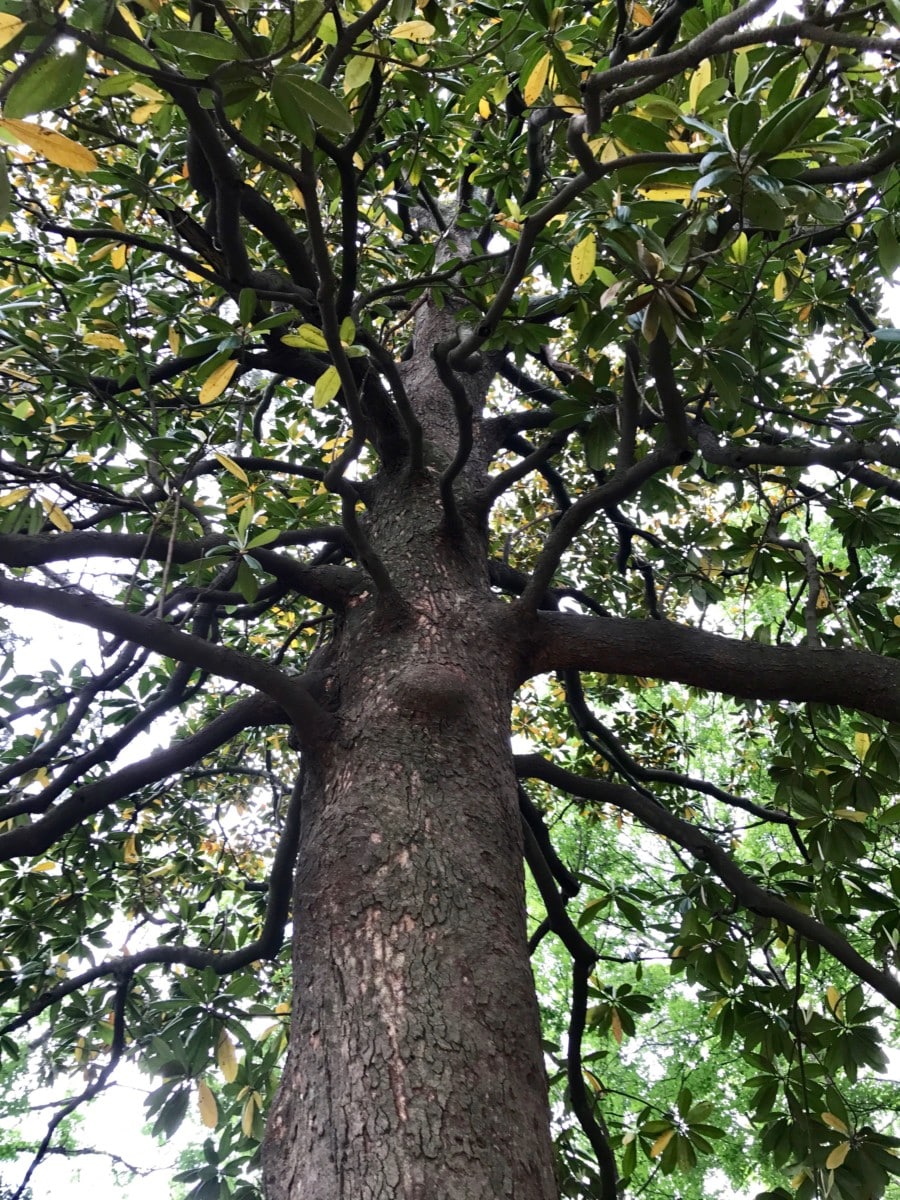