Atlanta’s youth gangs: Police trying to get a grip before firefights occur with officers 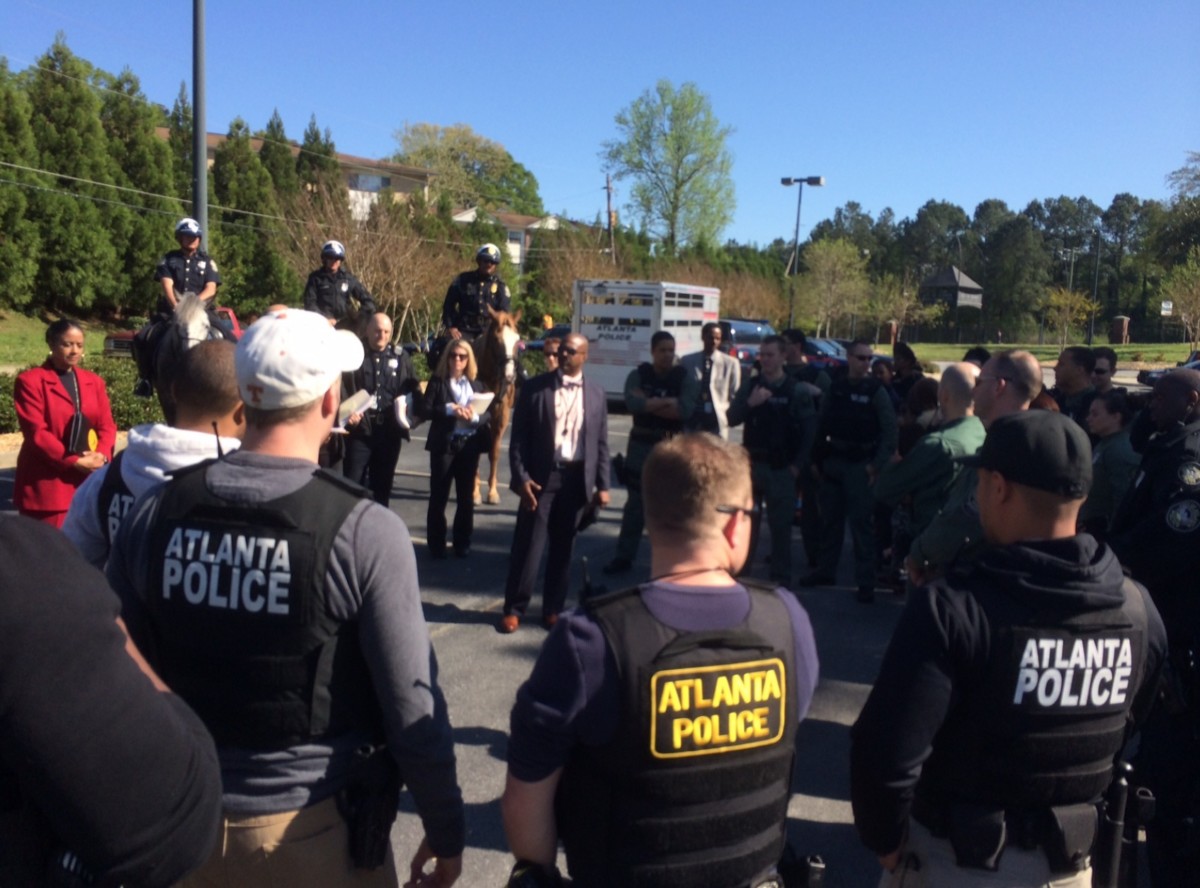 Two teenagers who pleaded guilty to murder last year are founding members of a street gang, Down 4 Whatever, that continues to worry Atlanta Police Chief Erika Shields. Atlanta’s youth gangs are such an issue that a shoot-out with police could happen, Shields said. 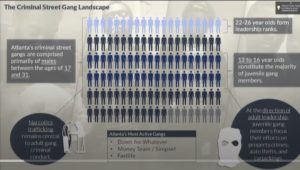 Atlanta’s youth gangs focus on property crimes and car jackings, while adult gangs focus on drug trafficking, according to this report by the Atlanta Police Department. Credit: APD

“I see the trend with the gangs … and I don’t want to see our officers in a shoot-out with a 12- or 13-year old,” Shields said during a presentation Tuesday to the Atlanta City Council’s Public Safety Committee.

In the case of Down for Whatever, gang members are on a spree along Joseph E. Boone Boulevard, Shields said. The gang has turned its attention to stealing guns, money and computers from high-end cars for a period that stretches back from eight months to a year, she said.

Last year, more than 1,000 guns were stolen from vehicles in Atlanta, Shields said. The actual number taken could be higher, because not all stolen weapons are reported as stolen.

Atlanta police contend that Brooks confronted the teens at a gas station on Campbellton Road after he recognized they were wanted in connection with car thefts in the area. Issac McDaniel shot Brooks during the altercation and he fell to the ground. Charlie McDaniel then got the weapon and shot Brooks, according to a report by fox5atlanta.com.

Shields told the committee that part of the challenge of curbing youth gangs is an effort by the state that has not fulfilled expectations, Shields indicated. 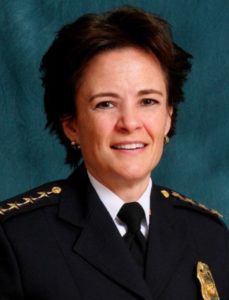 The chief said the state Legislature intended to create a system that kept youngsters from getting caught in the gears of the criminal justice system for making a few mistakes.

“Their hearts were in the right place,” Shields said. “They didn’t want a cop arresting a kid for nothing.”

However, the system does not provide for teens whose parents are absent or not attentive, or for youngsters who are so hardened that their parents have given up trying to care for their children.

Boys may end up back on the street, recruited by a gang. Girls may end up being used for sex trafficking, Shields said.

This is the type of situation that developed around the McDaniel brothers. Their mother testified that she was unable to curb her unruly sons.

Shields said the police department is taking steps to curb gang violence. One key step is to ensure that the information police have in hand is shared throughout the department.

For example, in the past the gang squad had amassed a wealth of information.

“The folks focusing on gangs were doing a phenomenal job,” Shields said. “They had so much information, and they knew the stuff cold. But they housed it within their little unit.”

Now, the gang unit is viewed more as an intelligence unit that shares information through the department, Shields said. The goal is to ensure that officers up and down the staff have access to the information to recognize gang activity and respond to it, Shields said. 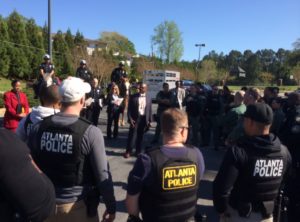 Atlanta police attend a briefing before they conducted a search for clues in 2014 in regards to four shooting deaths committed east of the intersection of I-285 and Martin Luther King Jr. Drive. File/Credit: David Pendered