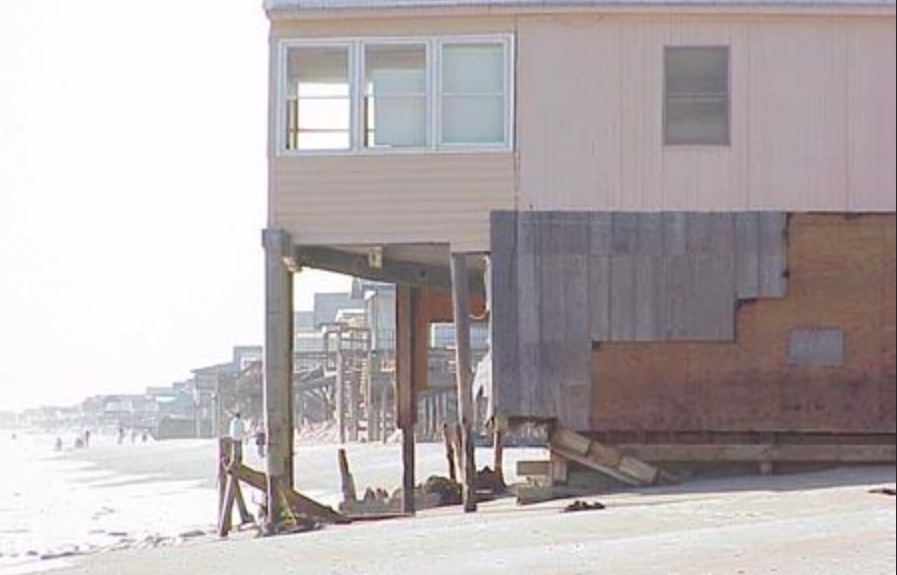 The dangers of insufficient setback. High tide now laps at the foundations of these houses. (photo by Dirk Frankenberg)