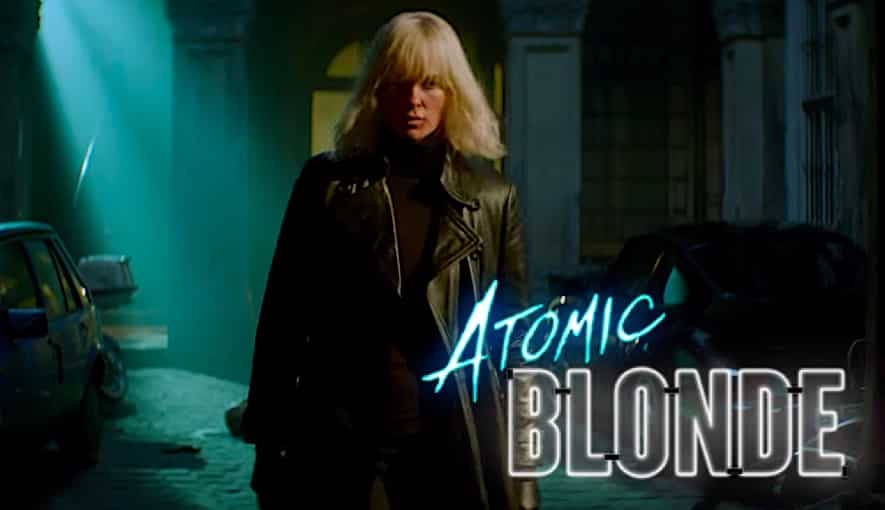 A movie poster of 'Atomic Blond'

Share1
Tweet
Share
Pin1
Pocket
WhatsApp
Buffer2
Email
Reddit
4 Shares
By Eleanor Ringel Cater
How do you top playing Imperator Furiosa in 2015’s jaw-dropping “Mad Max: Fury Road?”
The answer is, you don’t.  But if you’re Charlize Theron, you give it one heckuva try.
In “Atomic Blonde,” Theron plays Lorraine Broughton, a MI6 agent (same level as James Bond).  The year is 1989 and the Berlin Wall is about to tumble. But before it does, she must retrieve a list of names that could compromise an entire network of agents, double agents, triple agents…you get the idea. 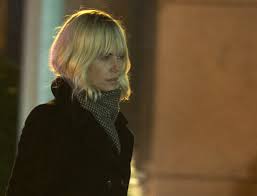 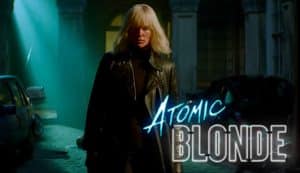