Autumn foliage beginning to reach zenith, along with risk of car-deer strikes 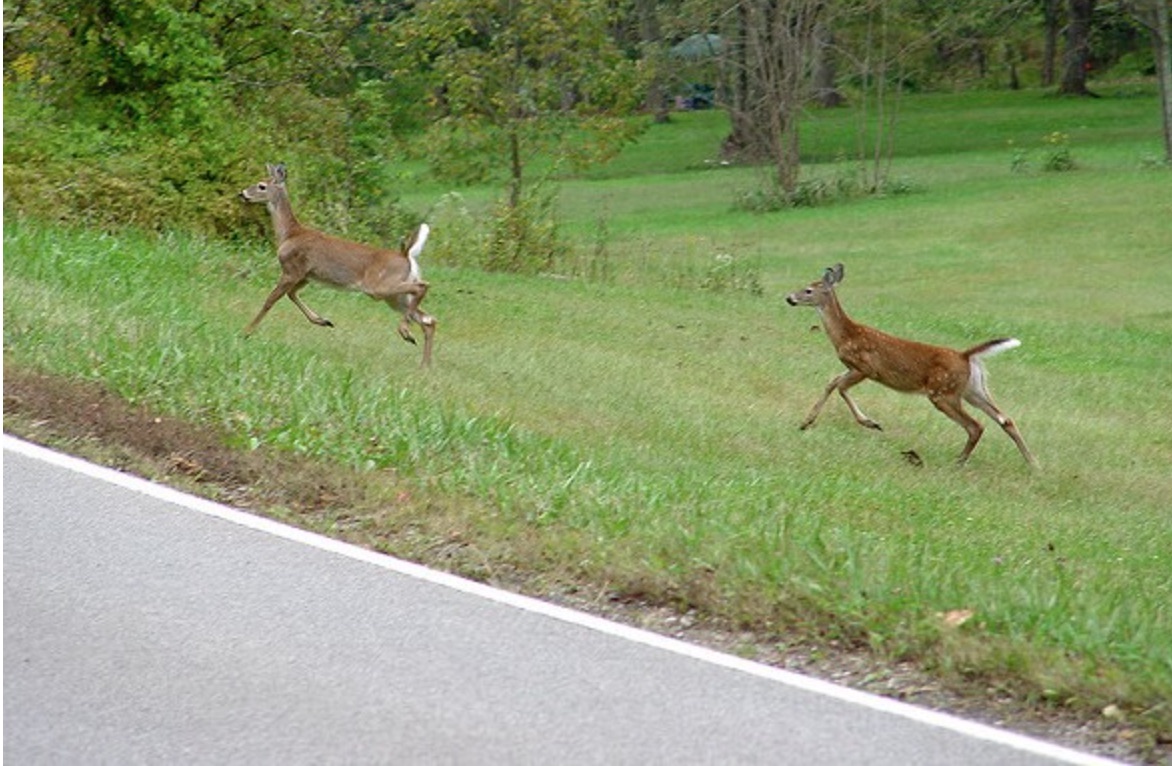 As the fall foliage season begins in earnest in North Georgia and thousands of visitors travel there from metro Atlanta, state officials are urging motorists to be extra careful to avoid collisions with deer.

The latest update on fall foliage observes that the colors have started within just the past few days, according to a report posted Thursday on blueridgemountainlife.com. From the report:

Just as the autumn colors are beginning to emerge at lower altitudes, research by the University of Georgia indicates the breeding season is about to begin for deer in Northeast Georgia.

The danger this presents is that more drivers may be on the roads at time when deer are migrating to breed. The main danger times are near dawn and dusk – dusk being a time visitors are driving south on winding mountain roads.

For example, the popular Panther Creek Falls Trail, in Habersham County, is at an elevation where the leaves should be in their prime beginning this weekend, according to the leaf report. Given the time it takes to hike the strenuous trail, it’s not unusual for visitors to stay as late into the afternoon before heading home.

Meanwhile, some deer may already be moving, in advance of the peak deer movement season that beings in third week in November for white tail deer, according to the breeding map produced by the University of Georgia, prompting state officials to issue their warning.

“Motorists should be alert and pay close attention to the roadsides as we are nearing the annual peak time of the year for deer-car collisions,” Charlie Killmaster, state deer biologist with the state’s Wildlife Resources Division, said in a statement.

“Keep in mind that deer often travel in groups, so if a deer crosses the road ahead of you there is a good chance that another will follow, Killmaster said. “In many cases, that second deer is the one hit as the driver assumes the danger has passed and fails to slow down.”

The Georgia Department of Natural Resources advises that autumn is a risky time for deer-car collisions. According to the statement:

State Farm insurance company is on the bandwagon, as well.

The cost is rising to repair vehicular damage incurred during a deer-car strike. State Farm’s latest report shows the average cost per claim was $4,170 in the fiscal year that ended June 30. That’s up $175 per incident compared to the previous fiscal year.