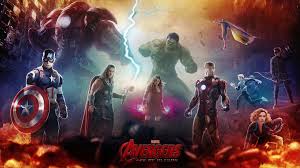 “A dormant peacekeeping program goes awry and the post-S.H.I.E.L.D. Avengers must save the world from the destructive Ultron.”

If that sentence makes any sense to you, you may be the perfect audience for “Avengers: Age of Ultron.”

This blockbuster sequel has a plot more convoluted than the Biblical begats. Knowing that the New Yorker critic Anthony Lane was stumped as well makes me feel slightly better. But it didn’t make the movie-going experience any more enjoyable.

Consider a couple of my scribbled notes: “40 minutes in and still don’t know what’s going on,” followed a page or so later by “HUH?” 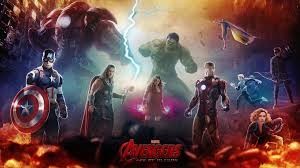 As an unlikely fan of its predecessor, I figured “Ultron” would be a Big Dumb Movie treat. And at its best, it is — lots and lots of Xtreme action scenes.

But it does help to know what’s going on, and it’s as if the filmmakers have pitched the entire film to those legions of Blogboys (and sometimes girls) who bury themselves in an intricate web of, well, websites devoted to every last pathetic detail of certain movies — usually sci-fi, fantasy or superhero-centric.

Okay, so, as it says above, the Avengers assemble to prevent a kind of robot-cum-Frankenstein’s-Monster from destroying the world. Ironically, it was created to do good — “a suit of armor around the world” — by Tony Stark, aka, Iron Man, aka Robert Downey Jr. (There’s even a pretentious reference to British Prime Minister Neville Chamberlain’s famously naïve pre-World War II declaration about “Peace in our time.”)

However, Ultron’s interpretation of his mission is to start over, i.e., wipe out humankind and re-boot the world with a clean slate, so to speak.

You can’t really fault the actors; they go through their superhero paces with resolve and deliver their quips with aplomb. For the record, along with Downey — to whom the movie is much too tilted, as if everyone has agreed he’s the Avenger’s MVP — they are Chris Hemsworth (Thor), Mark Ruffalo (The Incredible Hulk), Jeremy Renner (Hawkeye), Chris Evans (Captain America) and Scarlett Johansson (Black Widow).

Editorial note: aside from looking really hot in black leather, I’m not quite sure, precisely, what Johansson’s superpower is. However, she has been given a burgeoning love relationship with Ruffalo that, when he’s in Green Monster Mode, has an oddly familiar vibe — that of Fay Wray and King Kong.

Two super-powered villains, Quicksilver (Aaron Taylor-Johnson) and The Scarlet Witch (Elizabeth Olsen), are a welcome addition. As one Avenger describes them, “He’s fast and she’s weird.”

But that may be because God of the Geeks, writer-director Joss Whedon, hasn’t come up with much of anything fresh to show us about his already-established ensemble. Oh, we do visit Hawkeye’s home — a quaint Victorian mansion in what appears to be wine country (Hollywood’s idea of how us regular folks live). And we do meet his family, including his prettily pregnant wife.

That little reveal caused me to jot down, “Uh oh. He’s probably dead…” Which, as it turns out, is what the Blogboys have been ruminating and posting about for well over a year. Sometimes, it does take a trained professional to cut through the Blog-s**t just by watching the movie.

No one’s saying that’s what happens. But the pastoral interlude does provide the picture with one of my favorite superhero-movie lines ever. Mrs. Hawkeye, worried about her hubby’s new mission, looks at him lovingly and says, “You know I totally support your avenging.”

Or would that be Avenging?