Georgia Tech has opened an exhibit that offers an alternative perspective to the spectacular architecture that’s so popular among metro Atlanta’s civic leaders. 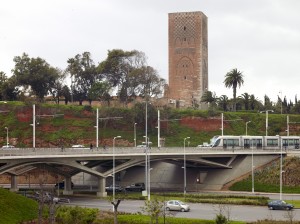 This bridge in Morocco won an Aga Khan Architecture Award for serving multiple purposes while respecting the Hassan II Tower in the background. Credit: Aga Khan Award for Architecture

The structures shown in the exhibit whisper, “less is more.” In Atlanta, it sometimes seems that “’more’ is not enough,” as the word “iconic” is attached to future projects ranging from retrofitted bridges over the Downtown Connector to the Falcons stadium.

The concepts on display in the Aga Khan Award for Architecture Exhibit include sustainable design and vernacular architecture, which are honored in the Muslim culture. One previous winner is Muhammad Yunus, the Nobel laureate who hopes to start a bank in Atlanta to provide micro-loans to help poor people open businesses.

Yunus won the Aga Khan award in 1989 for designing the Grameen Bank, which enables poor people to climb out of poverty. Likewise, this year’s awards honor designs that preserve human culture and the environment, and which recognize the wants and desires of those who will use them, according to Azim Nanji, a former member of the group that selects award winners who spoke Saturday and again Monday at Tech.

For example, one skyscraper that made the short list needs no air conditioning. The 66-story in Bangkok is designed so that natural breezes cool apartments. 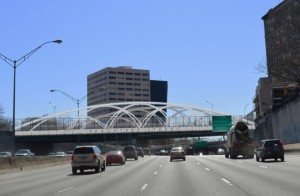 As Nanji described the values represented by all the award-winning designs, he outlined a philosophical framework for architecture that begins with respecting structures built in the past while meeting the needs of the present – even as the designs display a sense of humility about man’s role in the world.

“As humans, we are gifted something – we are gifted space,” Nanji said. “As we use fabric to fabricate things, we use space to fabricate spaces we live in, work in, etc. It becomes a question of how we use the fabric of space for the needs we have as human beings.”

There’s no suggestion that any of award-winning designs would translate to Atlanta or anywhere in the United States. But the existence of the alternate perspective is something the architecture students at Tech should keep in mind, Nanji said.

“It’s not just to know the familiar. It’s to become acquainted with the unfamiliar,” Nanji said. 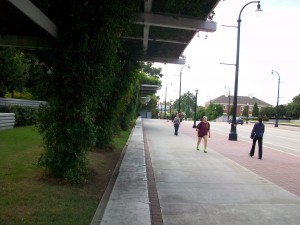 This year’s five winners are spread from Europe across the Middle East and Africa and include: a cardiac center in Sudan; renewal plans for an ancient city in Palestine; a bridge in Morocco; a bizaar in Iran; and an Islamic cemetery in Austria.

The bridge in Morocco provides a counterpoint to the retrofit of bridges planned in Atlanta, above the Downtown Connector. Here’s how the award described the bridge in Morroco:

The Atlanta bridges are just as horizontal as the one in Morocco, as the state Department of Transportation designed them to be extremely utilitarian. Plans to be unveiled later this year call for the bridges to be adorned with landscaping, lighting and other enhancements that are to make them more attractive to motorists on the connector. Eventually, the concrete sides of the downtown connector could be planted with greenery in an effort to make them more attractive to passing motorists. 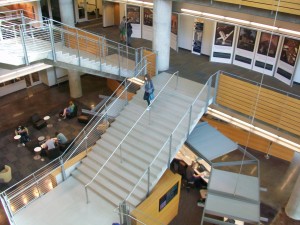 This year’s Aga Khan winners will share in a $1 million prize. The awards are made every three years and were established by the Aga Khan in 1977 in order to, “encourage building concepts that successfully address the needs and aspirations of societies across the world, in which Muslims have a significant presence,” according to the award’s website.

Nanji concluded his hour-long presentation Monday by emphasizing the idea that humans are custodians of the earth.

“The ability to fabricate space has become a work of art,” Nanji said. “It is ultimately something that says, ‘We’re here, and here with some posture of humility.’”

Previous Article
Giving away tax incentives for film, television is gift that keeps on giving
Next Article
Elections in Clarkston — our Ellis Island — reflects our growing diversity