A mysterious and deadly disease is appearing in Georgia’s bats, and a similar illness was diagnosed in July in a snake, according to state wildlife officials. 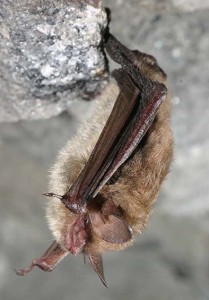 The white-nose disease is driving the Northeastern long-eared bat to the brink of extinction. Numbers have decreased by 99 percent in the Northeast and the species could be listed next year as an endangered species. Credit: fws.gov

Bats are dying from the white-nose disease, which has killed an estimated 5.7 million bats and driven one species found in Georgia to the brink of extinction. Researchers plan to count the bat population in Rabun County next week as part of the effort to monitor the disease. Experienced volunteers are welcome to participate.

Now snakes are a concern. The first wild snake in Georgia to be diagnosed with snake fungal disease was found on the edge of a blackwater swamp near Statesboro, and the implication is the disease could be spreading.

The fungus associated with white-nose disease shares similarities with the one connected to snake fungal disease, including that it occurs naturally in soil, according to a statement from the Georgia Department of Natural Resources.

The deadly effect of white-nose disease on the bat population is evident. The snake disease could be just as deadly, some researchers think:

The Georgia snake diagnosed with snake fungal disease causes concern because it is of a species known to be “cryptic and solitary,” according to DNR’s statement. The fact that a mud snake was infected suggests the disease could spread easily within the state’s snake population.

“I guess the take-home message is that all of our snakes may be susceptible to this,” said John Jensen, a senior wildlife biologist with DNR.

Another take-home message is to wear protective field gear and disinfect it after an excursion, the DNR recommended.

The risk of human transmission is unknown, according to an advisory issued by the Northeast Partners in Amphibian and Reptile Conservation. The fungus rarely causes illness in healthy mammals and there has never been a report of human infection. 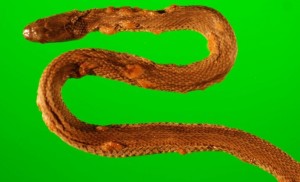 Volunteers are invited to join in the “bat blitz” at Black Rock Mountain State Park, in Rabun County. To actually count bats, volunteers must have experience and a valid rabies vaccination. Bats will be counted Sept. 4-7. A conservation presentation is scheduled for Sept. 5 at 7 p.m. in the park’s amphitheater.

The event is timed to coincide with a regional bat blitz being coordinated by the Southeastern Bat Diversity Network. The organization seeks to conserve bats in the southeast by preserving their habitat and educating people about the importance of bats.

The idea of a bat blitz is to put a lot of people into a small area and have them count bats. Volunteers will fan out from Black Rock Mountain Park to conduct counts on state and federal lands located within an hour’s drive of the park.

Georgians finally will be able to vote on a dedicated fund for conservation
Maria Saporta April 2, 2018 7:49 pm
What Nature Gives, What Nature Needs
wpengine August 28, 2017 1:54 pm