The Atlanta BeltLine has created the position of director of economic development and filled it with a former director of the Savannah Economic Development Authority. Terms were not disclosed. 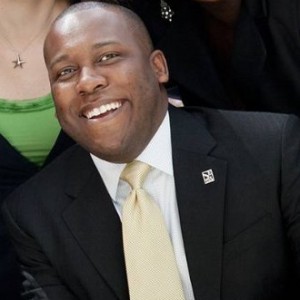 Jerald Mitchell is to devise and implement a strategy for economic development around the BeltLine, according to a statement the BeltLine released Thursday.

Mitchell’s hiring was announced 11 weeks after Mayor Kasim Reed announced he intends to develop the BeltLine as a public private partership. Reed said he is looking for an investor to put in $3 billion to $4 billion, nearly double the 2005 estimate of the BeltLine’s development costs.

The statement did not include a comment from Mitchell.

According to his profile on linkedin.com, Mitchell has worked in Savannah since 1998, the year before he was graduated with a bachelor of economics degree from Armstrong State University. Mitchell earned an executive MBA degree in international business from Georgia Tech in 2011.

In a story that appeared Jan. 13 in businessinsavannah.com, Mitchell, 38, was profiled in the “Generation Next” column and said his top three accomplishments have been:

The story was in the format of a question/answer report and this is the first entry:

“Q: As a proven local leader, please share your vision of Savannah’s future. What growth or challenge do you foresee?

“A: A 2014 challenge and opportunity will be continuing to move toward collaboration in all sectors of our economy. We have a robust and thriving established industry component, and we have to continue, as a community, the good work of putting small business, entrepreneurism and the growth of capital on parallel paths.”

Mitchell began his career as a process engineer with Comcast in 1998 and rose to the position of area marketing manager, according to the linkedin.com profile.

Mitchell took a job in 2008 with the Georgia Department of Economic Development. He served a year as a regional project manager in charge of development in 18 counties along the coast and in southeast Georgia.

In 2010, Mitchell took a job with the Savannah Economic Development Authority. In 2012, Mitchell was named director of innovation, according to the linkedin.com profile.