After a 10-year absence, Bill Nigut is returning to television.

Nigut, who had been WSB-TV’s chief political reporter and a presence on Atlanta television for more than two decades, will be joining Georgia Public Broadcasting on Nov. 20 as senior executive producer for a new television program that will launch in January.

The new half-hour program — “On the Story” — will air Monday through Thursday at 7 p.m. on GPB’s nine-station statewide television network.

Nigut said he will not be an on-air talent but a behind-the-camera producer.

“This is a program that will look at a far wider range of stories and tackle important and compelling issues that aren’t getting the exposure we think they deserve,” Nigut said. “We’re shifting the conversation to a deeper level and providing a platform for the many influential and diverse voices that aren’t always heard.” 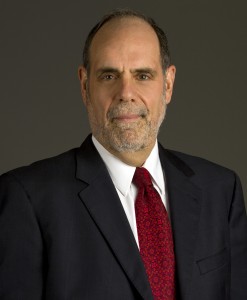 Nigut went on to say that the topics covered will be broader than those usually found on local television.

“There is so much happening in Georgia, and we want to bring viewers a fuller picture of what’s taking place in the state – in education, the arts, politics, science and our culture,” he said. “We also want to show how Georgia is moving forward in a variety of spheres, including international commerce, e-business, technology and medicine.”

After Nigut left the television news world, he became the founding president and CEO of the Metro Atlanta Arts & Culture Coalition — a regional initiative to create greater cooperation among local governments and cultural organizations to support cultural offerings in metro Atlanta. The coalition has since been absorbed by the Atlanta Regional Commission.

Then in 2007, Nigut left the coalition to become the Southeast regional director of the Anti-Defamation League, where he has been for seven years — helping launch such initiatives as “No Place for Hate,” an anti-bullying campaign now operating in more than 100 metro Atlanta schools.

“I put in seven years and I’ve been really happy with the work we have done. But you know, that seven-year itch,” Nigut said laughingly. “I feel I’m leaving ADL in very capable hands.”

Nigut said he will stay at ADL until after its “Community of Respect Centennial Anniversary Dinner” on Nov. 19 at Loews Atlanta Hotel. The dinner will honor Atlanta Mayor Kasim Reed, Emory University President James W. Wagner and Ambassador Stuart Eizenstat, who has worked for a number of U.S. presidents including Jimmy Carter and Bill Clinton.

This is not the first time Nigut has worked with GPB. He served as host of the former weekly GPB program “Georgia Week in Review” from 1996-2002.

“Bill’s reputation as a journalist and his involvement in the community uniquely qualify him for this role,” said Teya Ryan, GPB’s president and CEO.  “He brings a wealth of knowledge on a variety of topics to the program and his access to thought leaders across the state will allow us to create insightful discussions that will truly enlighten Georgians.”

Previous Article
Mice Offer Key to Understanding Humans and Our Ailments
Next Article
Atlanta street vending: No action on new program, but help for city’s legal defense against mounting lawsuits