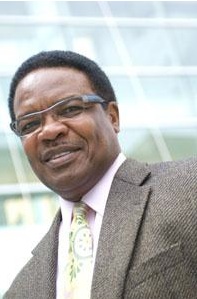 The jobs report indicates the nation’s unemployment rate should dip into the 5 percent range when the July report is released, Boston wrote in a column posted on Georgia Tech’s website. That report is to be released Aug. 1.

The jobs report showed black unemployment was 10.7 percent in June and had declined from May. Unemployment among whites was 5.3 percent and little changed from May.

This is Boston’s entire published observation on black unemployment:

Boston released his observations the same day the Labor Department reported a total of 288,000 new jobs were created in June. The private sector accounted for 262,000 of the new jobs. June’s job growth marked the fifth consecutive month with job growth of at least 200,000, bringing to 9.7 million new private sector jobs over the past 52 months, according to the Labor Department.

Boston analyzed the jobs report and reached several optimistic findings. Among them:

Boston concluded with this outlook: