I attended an advanced screening of Need For Speed earlier this week. Stars Aaron Paul and Kid Cudi, and director Scott Waugh were available afterward for a Q&A to promote and talk about their film.

The three of them then invited everyone out for pizza at Ormsby’s, a West Midtown hotspot that supports a young, intellectual twenty-something crowd. The hilarious thing was that the owner or manager-on-duty of Ormsby’s disallowed outside pizza. So we were served from a rental Suburban across the street. It was all handled with good humor, and for Ormsby’s part, it was reasonable given that they serve food. Everyone went in for drinks afterward.

Well while sipping on a Reissdorf (they really have a fantastic beer selection) I chatted with the director and squeezed a question out of Aaron Paul. If you don’t care about the movie, skip the next four paragraphs. 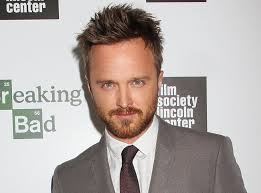 I walked into this movie a fan of Aaron Paul, and I walked out a bigger fan; but not a fan of Need for Speed. The first 30 or so minutes is choppy dialogue, and subpar acting. When a road trip ensues, the movie starts rolling, and I enjoyed it from there. However, a clever editor could have made me a lot happier by cutting those first scenes into a 10-minute predictable intro.

I enjoyed the acting from both Aaron Paul and the female lead, Imogen Poots, who have definite chemistry together. While watching them, I couldn’t help but think that Aaron Paul would make a suitable replacement for Paul Walker, and I am not discrediting the late actor by saying so. That speaks more of Aaron Paul’s talents and the rising quality of The Fast & The Furious franchise.

The movie, which opens in Atlanta on March 14, is lacking in story, but what car movie does not? This year’s Rush is a shining exception, which was surprisingly overlooked from Oscar nominations despite being beautifully shot and wonderfully co-acted. One could argue Fast Five revitalized the franchise with a refreshing and better script. Yet all of them are iterations of a formula, which when you get down to the oil-stains and grease is the point of a racing movie anyway: easy to digest, gas-stained adrenaline. 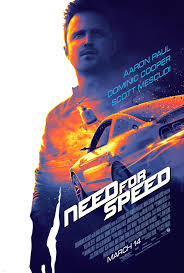 Poster for Need for Speed

I just want you to know what you’re getting. Appealing parts of this film: beautiful shots from all across the United States and a first stop in the hopefully colorful career of Aaron Paul in major motion picture filmmaking. If you suspend your disbelief for a couple hours and forgive it for its setbacks, you may even have fun.

Now it’s time to talk about Aaron Paul. After finishing “Breaking Bad,” he’s the bees knees of young male actors; and he takes it all in stride. He handled everything from marriage proposals, autographs, and even a gift of gatorade with class during the Q&A. He is funny and quick-witted, yet reserved.

Someone asked him what was the biggest sacrifice he made to become an actor. He said that it was leaving his family at age 17 to pursue acting in Hollywood. He shifted in his chair a little bit, and added, “Also privacy.”

Outside of Ormsby’s, I couldn’t help but feel for the young actor as I watched an omnipresent group of people around him. All of them wanting something from him; either an autograph or selfie, some way to document their time with him. I hung back and contemplated a life of this constantly, and I imagined how old public outings would get after awhile. I decided not to be a part of that group.

Back in the bar, he passed me, and I said to him, “a beer for a question.” He humored me with just the latter, and despite the huge group of people around him, he came right up to me, looked me in the eye, and asked me what I wanted to know.

Being a fan of “Breaking Bad,” I prefaced my question by mentioning how his character suffers constantly, and it looks as if he goes some place during this suffering, where does he go?

“Wherever my character takes me,” he responded. I told him it looked sincere, and asked if he has ever been involved in a catastrophe. He declined, but he never looked away or broke eye contact. I realized at that moment why I like him so much.

He is patient. He will take a minute out of his day to talk with you, and discover where you’re coming from—no matter who you might be. He is as real as Jennifer Lawrence soothing a crying child on the red carpet. He is not cleverly delivering his lines, but instead he develops a real connection. What permeates on screen is as palatable as a conversation at a local bar, and it’s far more satisfying that way.