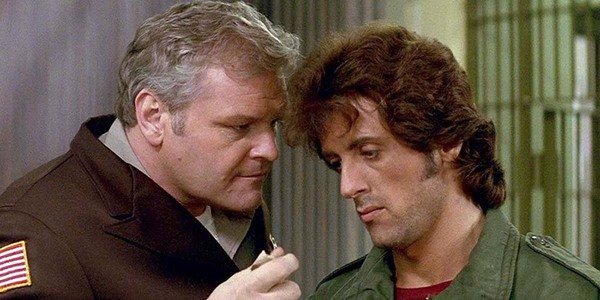 Brian Dennehy, who died late last week at age 81 of natural causes, was in many ways the character actor’s character actor – one of those “I don’t know his name, but I sure know who you mean” presences. 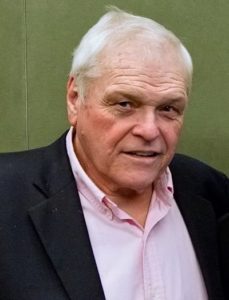 I saw him as Tyrone, one of the best performances I’ve ever witnessed. But even more memorable – in its way – was the first time I saw him, 15 or so years earlier, flat on his back in his hotel bed, gamely making his way through a promised interview for his role in “The Belly of an Architect.”

No Harvey Weinstein action here. There wasn’t even a potted plant in the room. Nope, Dennehy was in Manhattan for the New York Film Festival where his new film, “The Belly of the Architect,” was premiering. And he’d injured his back.

“The Belly of the Architect” was directed by Brit Peter Greenaway, who, in his time – and in his way – was stranger than David Lynch, David Cronenberg, and Quentin Tarantino put together.

Probably best known for the certifiably weird “The Cook, The Thief, His Wife and Her Lover,” Greenaway’s other credits include “The Draughtsman’s Contract” and “Prospero’s Books” (both highly recommended).

“Architect” was Greenaway’s decidedly disquieting examination of tummies, tumors and artistic turmoil. Dennehy played an American architect invited to Rome to organize an exhibition of an obscure French architect. Once there, this arrogant, self-deluded man is taught a lesson or two straight out of the book of Job.

The film can be both hard to fathom and, well, hard to stomach.  It preys on our fears of mortality and decay (maybe not the best things to be thinking about during this Plague). But Dennehy’s pristine, risky, opulent performance gives a crucial emotional core to Greenaway’s cold vision of death among the ruins. 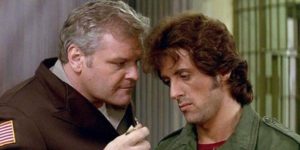 During our interview, he started talking about the lot of the character actor, which – despite how much he was recognized – he certainly saw himself as. And his candor was, well, startling.

Just a few years ago, he said, his competition was Paul Sorvino, Kenneth McMillan and Charles Durning. Now it was Bob Hoskins, Robert Duvall and Gene Hackman.

But, he said – with a surprising ease and no trace of bitterness – ‘Hackman beat me out for ‘Hoosiers.’ If I was the producer and had the choice between him and me, I’d hire him every time. When you get to this stage of the ball game, you no longer have the luxury of being jealous.”

Gracious words from a gracious man. You’ve got the time.  Check out his work. But maybe work your way up to “The Belly of the Architect.”