A delegation from the Buckhead Coalition left Atlanta for Bermuda Thursday on a three-day trip to cement relations with the coalition’s new sister community.

The “sister community” relationship may be a first for Atlanta, which does have a rich history – dating to 1974 – of establishing relations with sister cities around the globe. 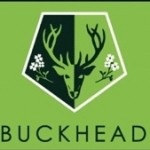 This is hardly the first time the Buckhead Coalition has struck out on its own. In 2004, the coalition commissioned its own neighborhood flag and sent one to the town of Buckhead, the Morgan County town of just over 200 residents that won’t relinquish its mailing address to its upscale cousin.

The local contingency is to exchange formal proclamations with Bermuda’s deputy minister. The group also is to deliver a letter from coalition President Sam Massell, a former Atlanta mayor, to Hamilton [Bermuda] Mayor Charles Gosling.

The coalition intends to host a group from Bermuda sometime in the future. The idea of the current trip is to create economic development opportunities between Bermuda and Buckhead.

“This new travel service is of real economic value to both cities, and we plan to nurture our relationship with this delightful island,” said Massell, who once owned a travel business.

“We both are major tourist destinations, and have fine hotels and restaurants, excellent shopping, and a common attitude of good will,” he said.

Garth Peters, the coalition’s director of development, will lead the trip, leaning on his background with Bermuda’s Department of Tourism.