‘Burnt’ – an undercooked script not deserving of the talented Bradley Cooper 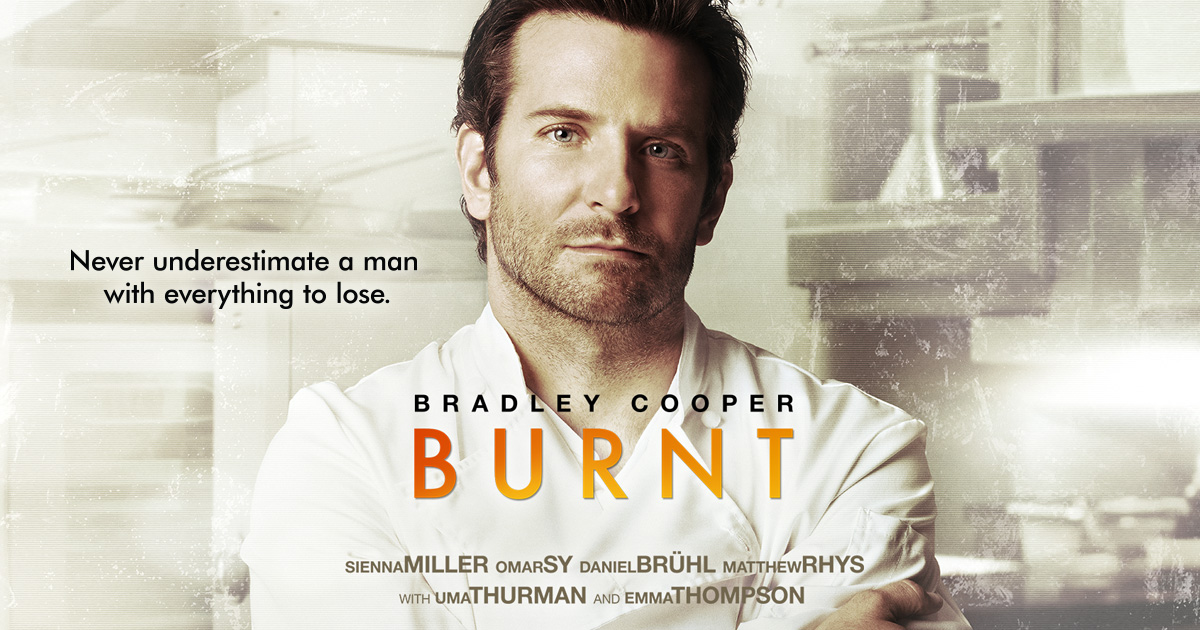 The tempestuous head chef on the hugely popular reality show, “Hell’s Kitchen,” has nothing on Bradley Cooper’s hot-tempered cook in “Burnt.”

Adam was once a boy-wonder enfant terrible who conquered the notoriously hard-to-please palates of Paris diners.  However, the only thing that has any meaning for him is a star — as in, that third-star rating so rarely dished out by Michelin, the insider’s arbiter of all things edible.

After a major meltdown in the City of Lights, Adam banishes himself to hard labor in New Orleans. Meaning, he must shuck one million oysters before he feels he’s earned the right to once again don the white toque and double-breasted jacket.

Mission accomplished, he heads to London where he hopes to start over. He’s met with doubt, disdain and every imaginable version of don’t-call-us… 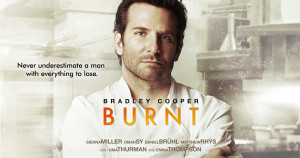 Bradley Cooper stars as a chef in the movie ‘Burnt.’

And no wonder — he stalks into one rival’s restaurant and sneers, “You’re serving seared tuna? What happened to your self-respect?”

To another: “You’re doing me about as well as me. Only with butter.”

However, what he dishes out gets dished back.  Someone is always saying something to him along the lines of  “Adam, this isn’t Paris, 2007!!!!”

Still, this is a comeback movie, meaning everyone will “learn” something — especially Adam. Before too long, he’s handed control of a fancy restaurant by Little Tony (the under-appreciated Daniel Bruhl from the under-appreciated “Rush”). Tony doesn’t just believe in Adam; he’s also in love with him, as therapist Emma Thompson helpfully points out.

And so, to work.  First Adam must recruit a staff — a task that’s likened (thanks to an off-hand remark) to the gathering of the guns-for-hire in “The Magnificent Seven.” (Or Kurosawa’s “The Seven Samurai” if you want to get art-house about it). Among them is the lovely — albeit reluctant — Helene (Sienna Miler), who, um, looks as good as she cooks. In the film’s best scene, Adam and her little girl get into a finger-licking face-off over a birthday cake.

Unfortunately, “Burnt” is so by-the-book, it may as well have been cooked up by Betty Crocker.

Maybe it’s different for bonafide foodies, but most of us find it hard to get all worked up about a Michelin rating.

When the ever-revved-up Adam spits out commands like “You’ve got three minutes on that halibut!” or “Apologize to the turbot; it died in vain!” you mostly shake your head and remind yourself, this is about making a successful restaurant, right? This isn’t about a cure for cancer or the war in the Middle East. It’s not, say, “American Sniper.”

Speaking of which, it’s disheartening to see Cooper, so incredible in Clint Eastwood’s picture, slip back into some of the lazy habits he picked up while working with David O. Russell (“Silver Linings Playbook,” “American Hustle”).

He’s as committed as an actor could possibly be, but the under-cooked script (sorry) and over-done direction (sorry again) don’t give him anything to work with. This is the sort of film in which, not only do you know what someone is going to say next, you know how they’re going to say it.