After six months in office as CEO of DeKalb County, Burrell Ellis finds himself uniquely positioned to build stategic relationships with Washington D.C. and the Atlanta region.

It is those relationships that Ellis hopes will help DeKalb County weather the stormy economy and be prepared for a stable recovery. 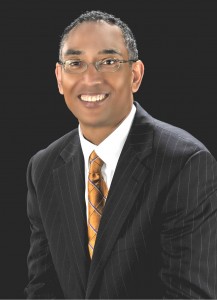 Ellis has been working on his relationship with the federal government through the National Association of Counties, an organization he joined when he was a DeKalb County commissioner.

For the past two years, he has chaired the organization’s Large Urban County Caucus, which initiated conversations with the various presidential campaigns to make sure they understood the role local governments could play in rebuilding the nation’s economy.

During the general election those conversations intensified with the campaigns of John McCain and Barrack Obama. Ellis points to the establishment of the White House Office of Urban Affairs and Office of Intergovernmental Affairs in the Obama administration as evidence that the message got through.

And now Ellis has regular contact with the Obama administration to help mold the urban agenda. Stay tuned for more.

“It’s exciting,” Ellis said. “When urban policy is being shaped, I will be part of that conversation of shaping that urban agenda.”

And what does that mean for his county?

“We think it gives DeKalb County exposure and access to federal dollars,” he said. “We are doing quite well with stimulus dollars.”

DeKalb has received $90 million in “Recovery Zone” bonds for communities in need of economic revitalization — $36 million coming in the form of tax exempt bonds and the remaining in private sector in low-interest bonds.”

In addition, Ellis estimates that the county has received more than $30 million stimulus dollars and is anticipating another $67 million in grants.

While he’s building those federal ties, Ellis says he’s just as dedicated at building relationships within the Atlanta region and with state leaders.

Although the name of Vernon Jones, who Ellis replaced as CEO of DeKalb County, never came up during a recent interview, Ellis clearly wants to set himself apart from the approach of the previous administration.

When Ellis didn’t attend this year’s LINK trip of top metro leaders that went to Minneapolis-St. Paul, I was concerned about his commitment to the region. The fact that Fulton County Commission Chairman John Eaves also didn’t attend on the trip organized by the Atlanta Regional Commission meant that two of the region’s most populous counties were not represented on the trip.

In our interview, Ellis explains that he already had scheduled a commitment to accept the champion award from a women’s organization that had been quite supportive to him, and he didn’t feel he could cancel to go on the trip

(For the record, Eaves also had had a previous commitment and regretted not being able to go on the LINK trip. In Fulton’s case, it’s important to note that the commission chairman is a part-time position.)

“I have been a member of ARC for only six months, and I’ve seen a willingness to step up and take leadership,” Ellis says, pointing to ARC’s stand in support of MARTA.

In recent years, there’s been growing consensus within the Atlanta region — thanks in part to the relationship that has developed between Atlanta Mayor Shirley Franklin, a Democrat, and Cobb Commission Chairman Sam Olens, a Republican who also serves as chairman of ARC.

But Franklin is in the last six months of her tenure as mayor, and Olens is planning a run for Attorney General, and he’ll be stepping down as chair of ARC and the Cobb Commission.

“I join you in applauding Sam and Shirley,” says Ellis, who adds that there’s a “next generation of leaders” coming on the scene. Because Franklin “set the right tone,” Ellis is convinced that the next mayor of Atlanta “will continue to make sure the city is represented at ARC” and the region. “I think the right kind of momentum is in place,” he says.

Forming a consensus at ARC is possible because in Ellis’ mind, local issues “are a lot less partisan” than those at the state and national levels.

And Ellis pledges to do his part. He regularly attends ARC meetings, and he intends to go on the LINK trip next year.

“I made a commitment to the people when I ran that DeKalb would be a player in the region, and that as CEO I would represent them at ARC meetings,” Ellis says. “We’ve shown commitment to MARTA and to Grady.”

Ellis then begins to list the assets that exist in DeKalb, including the Centers for Disease Control, Emory University and the other colleges and universities in the county.

“Under any measure, DeKalb’s voice is vital to the region,” Ellis says. “And to have DeKalb County not represented is not only a disservice to the 730,000 people who live in DeKalb but also to the entire region, particularly when you’re dealing with Grady and MARTA.”

One example is the effort underway by the Transit Implementation Board to develop a regional governance structure to provide mass transit to more counties in the region. As Ellis says: “I’m very encouraged we are having this discussion, and that we are having it now.”

In listening to Ellis, it’s obvious he is taking a serious approach to his job as CEO and that he is dedicated to positioning DeKalb to take advantage of its place in the region, the state and he country.

“It’s not easy running a large urban government. It’s much more difficult now than it was 25 years ago, and it take a much more complex set of skills,” Ellis says. “It’s really not a job for the faint of heart.”