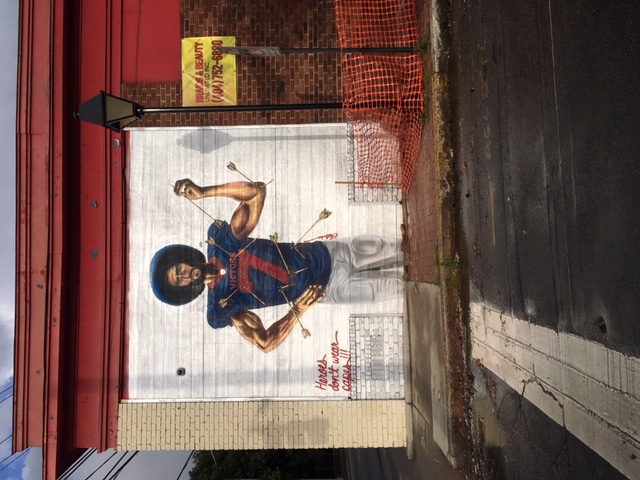 Corporate activism isn’t new, we just haven’t seen it in a while

Nike recently announced that Colin Kaepernick, the controversial former quarterback of the San Francisco 49ers, as its brand ambassador for the 30th anniversary of its iconic “Just Do It” campaign.

The announcement prompted vehement praise and vehement protest beyond anything the brand has seen its 54-year tenure.

Nike, one of the largest corporations in the world, public endorsement of one of the most controversial individuals in the country, is unusual, but it’s not new.

We can go back 54 years when the Coca Cola Co. stood up to support Martin Luther King Jr. and his award of the 1964 Nobel Peace Prize. In October 1964, King, who then was one of the most controversial people in America, was awarded the Nobel Peace Prize when he was only 35 years old. A celebration dinner to honor King was planned by a few key leaders, including then-Mayor Ivan Allen Jr., at the now-demolished Dinkler Plaza Hotel in downtown Atlanta.

At that moment King, arguably at his cultural zenith, as the years 1962-65 would see some of the most iconic images, writings, events and protests that would define his legacy.

During that period, King played a role in the ousting Eugene ‘Bull’ Connor as Birmingham’s public safety commissioner during “The Birmingham campaign,” which ran from April to May in 1963.
That forced President John F. Kennedy to address civil rights. Also, in April 1963 the “Letter from A Birmingham Jail” went viral. And in August 1963, King led the “March on Washington,” where he delivered the iconic “I Have a Dream Speech.”

In 1964, King’s efforts would see the June publication of the book “Why We Can’t Wait” as well as the July passage of the Civil Rights Act of 1964 culminating with King being awarded the Nobel Peace Prize that October as an exclamation point on the signature wins of the civil rights movement.

But King’s award of the Nobel Peace Prize put Atlanta in a quandary. Many of Atlanta’s white business elite were wary of King, and they were slow to buy tickets to January dinner.

The New York Times ran a story about the poor ticket sales in December of 1964, which prompted Mayor Allen to reach out to Robert W. Woodruff, the legendary leader of the Coca-Cola Co., who was arguably the most powerful man in Georgia.

Woodruff reached out to then-Coca-Cola president J. Paul Austin, a native of from LaGrange who had spent 14 years in apartheid-era South Africa. Austin let it be known that if Atlantans did not turn out to honor King at the dinner, the company could move its headquarters out of the city.

Atlanta, with its newly crafted, multi-million dollar “A city too busy to hate” campaign, rose to the occasion – selling out the 1,500 person dinner on Jan. 27, 1965 and helping distinguish Atlanta from other southern cities. Today, we are still reaping benefits from that moment. 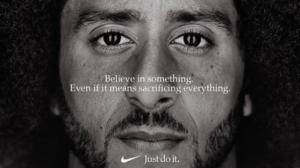 Kaepernick is not the first to protest during the national anthem. NBA player Sharif Abdul-Rahim did it in 1998 as did MLB star Carlos Delgado in 2005. The difference in those protests is that neither lasted as long nor had such an impact.

Kaepernick started a silent protest in 2016, highlighting the injustice of police brutality and killing of unarmed black Americans, by kneeling during the national anthem.

It’s an anthem ripe with reason to pause due to its third verse – one of the initial reasons Kaepernick chose to kneel in the first place.

Beyond considering why paid patriotism in professional sports isn’t a larger topic in the national discourse is something better decided for another day and another platform.

For Nike, this is a legacy move. Nike has four of the most important athletes of the 21st century on the payroll, Serena Williams, LeBron James, Tiger Woods and now Colin Kaepernick.

It’s the right time for Nike, which is betting this will be seen as one of the best business moves in the 21st century or as New York University Professor Scott Galloway calls Kaepernick “The Muhammad Ali of his generation.”

In Kaepernick’s protests, we see history repeating itself. Whether it is the Black Lives Matter, Resistance and Times Up/Me Too movements, Kaepernick has emerged as the unofficial avatar of opposition that reminds me of King.
Nike has taken risky politicized moves before, such as featuring a black athlete as a spokesman in Michael Jordan, blatantly defying that dress code in the NBA, embracing women as premiere athletes as well as hiring a lightning-rod director in Spike Lee to direct campaigns for its biggest star Michael Jordan. 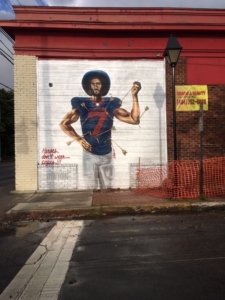 Like Coca Cola before, courageous corporate endorsements aren’t new. But rarely are they challenging the establishment comprised of the same men who benefit from an inequitable society.

Unfortunately for us in Atlanta is that few people know about how Coca Cola stood up for King.

Corporations have as great an impact on society as anyone else. But rarely is it used for the greater good. The examples of Nike and Coca-Cola are a good place to start…so just do it.