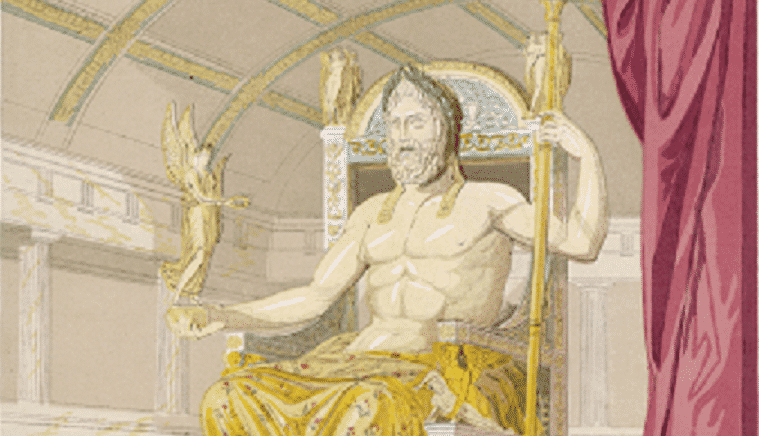 This week, RODNEY MIMS COOK JR., founder and president of the National Monuments Foundation and Millennium Gate Museum, discusses the value of 3D printing as a preservation tool.

Cultural terrorism is running amok — in Afghanistan, Iraq, and Syria, the Taliban and Islamic State (ISIS) nihilists have been destroying countless cultural assets, some dating back to the Roman and Persian empires and even earlier. In 2001 the Taliban taunted the world with their threats and the subsequent destruction of the Bamiyan Buddhas. In the Iraqi city of Mosul, ISIS militants smashed ancient art and antiquities in the Mosul Museum with sledgehammers, and broadcast the destruction in a video that went viral earlier this year. Recently, the Temple of Bel (a UNESCO World Heritage Site) and a Roman triumphal arch (with scholars tied to them) were reduced to rubble by ISIS fighters, and the world reacted with shock, disgust, and helplessness as the region’s shared cultural assets were destroyed.

This is, unfortunately, nothing new. Many individuals and states throughout time have sought to destroy the past and the shared history that unites us. Through 3D printing technology, however, the National Monuments Foundation is determined to ensure that global cultural assets — our inheritance of cultural treasures that document the lives, history, and creativity of our ancestors — remains with us and part of the human experience. 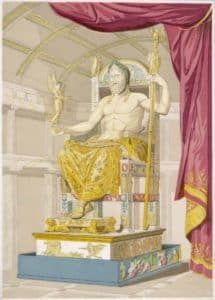 History does not simply endure without intentional efforts. You need only visit great cities like London, Warsaw, Rome, Berlin, or St. Petersburg to appreciate how history can thrive amid reconstructed architecture. Some of these great cities suffered massive destruction during World War II and were then reconstructed in the postwar years: Warsaw was destroyed and then rebuilt and is now a UNESCO World Heritage Site; major sections of historic London and St. Petersburg were also reconstructed after the war. Berlin is still restoring buildings in the historic center and the Royal Enclave of Potsdam. Yet anyone who visits these cities today cannot fail to appreciate the richness and depth of their historical fingerprint. The fact that they embody reconstructions is wholly irrelevant to their primary function as visual reminders of national identity and shared human heritage.

Reconstruction can be imbued with important symbolic value. Anyone who has visited the World Trade Center site in New York City cannot fail to appreciate the extraordinary power of the new tower that has risen there, next to the very powerful memorial to what had been there.

Our shared human cultural values are under attack by barbarians. This is a new paradigm the world has never seen before, as many of the acts of barbarism occur in non-war circumstances. The world’s cultural leaders must rise to embrace emerging 3D technology as a bulwark against emerging barbarism. If nihilists knew that technology can immediately rebuild destroyed cultural assets, exactly as they were, the National Monuments Foundation believes some of this destruction might be prevented.

3D printing answers many critical cultural issues, and utilizing the latest technological advances — as well as creating our own in-house technologies — is one way the Millennium Gate Museum accomplishes its mission to “make history cool.” With our partners Synovus, Stratasys, 3DPtree, Kennesaw State University 3D Center, and Stan Mullins Studio/Gravity Works, we have recreated the Statue of Zeus at Olympia (designed by Phidias and designated as one of the Seven Wonders of the Ancient World) for our new exhibition The Games: Ancient Olympia to Atlanta to Rio. The statue survived almost 800 years before being moved to Constantinople, where it was destroyed under unknown circumstances, possibly during the fire of 475 A.D. Our model is based on the most accurate information available, and at six feet tall, the figure and throne will be the largest classical artwork ever recreated using fused deposition modeling.

Imagine if the Sphinx, Angkor Wat, or Taj Mahal were destroyed. Would we shrug and lament such grotesque annihilation when we can now rebuild exactly, with 3D technology, these greatest of human achievements? The world’s museums and scholars, particularly of antiquities, must embrace this new technology. They must proclaim it to the world as critically important and ask for global cultural assets to assist in its advancement and sophistication. 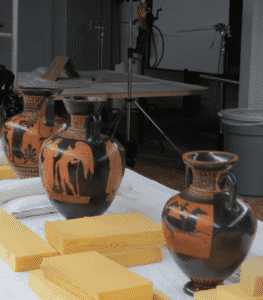 These 2,500 year-old Greek vases on loan from the Hearst Castle Collection, San Simeon, CA, will be part of the exhibition. Courtesy of the Millennium Gate Museum

This exhibition is dedicated to the memory of Khaled al-Asaad, head of antiquities for Palmyra, and other scholars executed while protecting global cultural assets.

Rodney Mims Cook Jr. is the founder and president of the National Monuments Foundation and Millennium Gate Museum. He is a scholar of the American Academy in Rome and a founding trustee of The Prince of Wales’s Foundation for Architecture. He organized the design and construction of the Prince’s World Athletes Monument at Pershing Point in Atlanta for the 1996 Centennial Olympic Games.