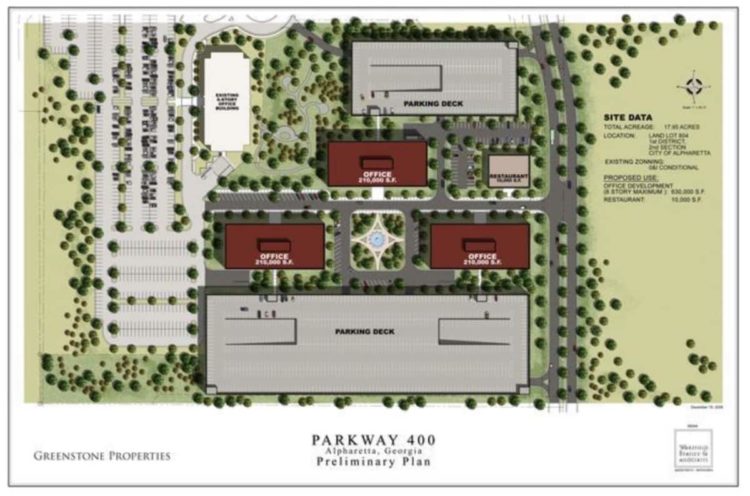 Parkway 400 is delinquent on a loan of $23.7 million, according to Trepp Inc. Marketing materials by Greenstone Properties say the 24-acre site is zoned for 400,000 square feet of office space near the mixed use Avalon development. Credit: greenstone-properties.com

Metro Atlanta at the top of a national story of rising delinquencies for commercial real estate loans – loans for retail centers, offices and multifamily residences that are secured by the property. Trepp released a national overview and parsed out data for metro Atlanta and metro Houston at the request of saportareport.com. 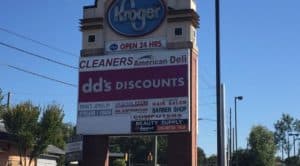 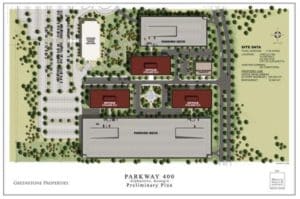