Before he retires, CAP executive Paul Kelman talks about the future of downtown Atlanta

More people living downtown is key to creating a vibrant center city for the Atlanta region.

That is the view of Paul Kelman, executive vice president of Central Atlanta Progress, who recently announced his retirement effective July 16 after 22 years with the downtown business organization.

Kelman is the longest-serving employee in CAP’s 70-year history — providing continuity for the organization through at least seven different presidents, and even filling in as interim president during one of its transition periods.

He is the one member of CAP’s staff who dates back to the tenure of legendary president Dan Sweat — who led the organization during the pivotal 1970s and 1980s — when Atlanta’s political power shifted from white leadership to black leadership with the election of the late Mayor Maynard Jackson.

In a wide-ranging interview, Kelman share his thoughts about the challenges that downtown has faced over the last couple of decades and the potential that lies ahead. 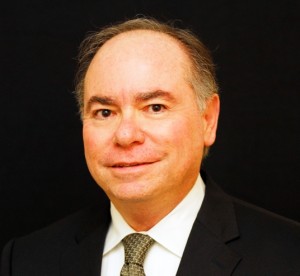 Kelman first moved to Atlanta in 1963 to attend Georgia Tech. In 1973, Dan Sweat, who was then running the Atlanta Regional Commission, asked him to join the metro planning organization in the environmental division.

Later Kelman became planning director for Gwinnett County. And in 1988, Sweat reached out to him again.

“Dan called me and asked if I would consider working at CAP,” Kelman said. “I came over, and two weeks later he went to work for the CF Foundation.”

In 1988, Kelman said downtown was an exciting place. Plans for new office towers had been announced — the 191 building and what is now SunTrust Plaza. Atlanta’s downtown department stores — Rich’s and Macy’s — were still retail hubs. The city was revamping Underground Atlanta. And a couple of years later, Atlanta was selected to host the 1996 Summer Olympic Games.

“We were riding pretty high,” Kelman said. “If it were not for the Olympics, I don’t know what we would have been doing. Downtown was a great beneficiary of so much that the Olympics brought here.”

In his mind, Kelman believes that the greatest contribution that the Olympics brought to downtown was its first wave of new residences thanks to projects developed by Jim Borders and John Aderhold.

Today, downtown Atlanta has about 10,000 residents within a four-mile radius, which is a definite increase from the mid-1990s when most of the central city residents were living in public housing. Now, most of those public housing projects have been replaced with mixed-income residences where people of all income groups live side-by-side.

“The key to making downtown Atlanta a better place, a healthier place, is ultimately populating this place with people who live here — not just students, not just tourists, convention goers, office workers or government workers,” Kelman said. “All the great downtowns in the world have people living in them.”

Much of the work Kelman has been doing in his 22 years at CAP has revolved around making the downtown environment more welcoming. The key word here has been patience.

Kelman is optimistic that the city’s new zoning codes will insure that all future development will be more pedestrian-friendly with wider sidewalks and street-level storefronts. 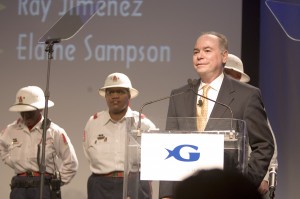 While sometimes there seems to be a “project-de-jour” mentality, what is most needed is persistence.

In the past year, CAP has installed elegant sidewalk kiosks to get away from the sloppy vendor look that has plagued downtown.

“There’s not enough follow-through,” Kelman said. “The new kiosks – that took years. It took 15 years to get our way-finding signs done.”

Also Kelman has seen Atlanta lose momentum, certainly when it comes to transit.

“We were way ahead of the game for a time with the visions for MARTA,” Kelman said. “Now suddenly we’re lagging.”

Kelman said a major turning point for downtown occurred when Gov. Roy Barnes was not re-elected in 2002.

“So much of Barnes’ agenda would have benefitted downtown Atlanta — commuter rail and transit for the metro area,” Kelman said. “We basically lost eight years. North Carolina, Texas and Florida won billions of dollars from the federal government. We never followed through on what had been a very promising start.”

Kelman said creating a partnership between the city and the state is critically important going forward.

“If the city and state had a more cooperative relationship to get things down, that would be outstanding,” he said. “The city and state have such a dramatic stake in downtown. I hate to see politics get in the way of doing the right thing.”

Looking forward, Kelman believes it’s only a matter a time before downtown and Midtown will grow together and become the true central business district of the Atlanta region — a trend that has been underway for the past decade.

As to his own future, Kelman intends to travel with his wife and spend more time at their second home in Ashville. He also takes great pride in having mentored about 50 interns at CAP, many of whom have become leaders of their own organizations and “making their mark on the world.”

But his passion for downtowns — especially downtown Atlanta — will never fade.

And if he had a magic wand for downtown, what would he wish more?

“More people living down here,” Kelman answered. “If we had the opportunity to double or triple our residential population, that’s No. 1 on our list. That would do more to reinvigorate the city than anything else. We definitely are not finished building housing downtown. It will just take a little longer.”