Carter’s Inc. agrees to clawback measures to get grant from Atlanta

Carter’s Inc. will face clawback penalties if it does not create at least 200 jobs in Atlanta that pay certain wages and benefits, according to terms of the $350,000 grant Carter’s received from Atlanta’s development authority. 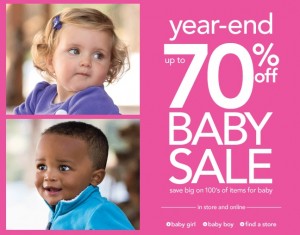 The apparel maker Carter’s Inc. agreed to numerous clawback provisions in order to get a grant from Invest Atlanta. Credit: carters.com

Meanwhile, Carter’s will receive at least $30 million in assistance for its corporate relocation to the Phipps Plaza area. Funding sources cited in the terms of the city’s grant to the apparel maker include one that’s unnamed, “and other sources from State of Georgia.” Carter’s market cap is $3.2 billion.

The grant from Atlanta provided just enough incentive to convince Carter’s board to approve the relocation to Atlanta from Shelton, Ct., according to Tom Carroll, Carter’s vice president for real estate and construction.

“It was hard to get the board to approve this,” Carroll said. “It defrayed just a portion of it, but it made a difference.”

Carter’s has three years to fulfill at least 70 percent of its commitments to the city. Otherwise, Carter’s must repay a portion of the grant, according to terms. The jobs are to pay a certain scale and include health insurance, sick pay, retirement and vacation.

According to the terms, eligible uses of the money include: “Technology and administration equipment and software, including any leasehold interest in the premises, training and relocation costs.” Other uses would constitute a material breach of the agreement.

Share prices of Carter’s (CRI) have more than doubled in the past five years – from less than $20 a share to just over $54 a share on Dec. 28. The company is known for the Carter’s and OshKosh B’gosh lines of clothing for babies and young children.

The city’s portion of the bargain was approved Dec. 20 by the board that oversees Invest Atlanta, the city’s development arm known formerly as the Atlanta Development Authority.

“Welcome to Atlanta,” said Atlanta City Councilmember Joyce Sheperd, who serves on the Invest Atlanta board and was acting as chairman in the absence of Mayor Kasim Reed.

The public benefits analysis contained in the resolution adopted by the board contains these clawback measures:

Carter’s has agreed to file compliance reports annually. The documentation is to include:

Terms call for the amount of the clawback to be based on an amount to be derived from the difference between the objective of creating 200 jobs and the number actually created.

For example, if just 60 percent of those jobs are created, Carter’s would have come up 10 percent short of the minimum completion target of 70 percent. The clawback would be 10 percent of the grant.

Clawback payments are due 45 days after the end of the three-year period. A simple interest rate of 10 percent would be applied to any unpaid amount, according to the terms.